On Jan. 23, 1973, President Richard Nixon gave a speech describing a peace agreement with North Vietnam after over a... 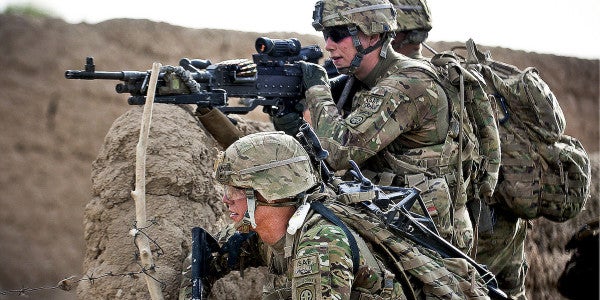 On Jan. 23, 1973, President Richard Nixon gave a speech describing a peace agreement with North Vietnam after over a decade of war against the North Vietnamese Army and their proxy Viet Cong guerrillas in South Vietnam.

The war was ending, and we could withdraw without shame.

“At 12:30 Paris time today, January 23, 1973, the Agreement on Ending the War and Restoring Peace in Vietnam was initialed by Dr. Henry Kissinger on behalf of the United States, and Special Adviser Le Duc Tho on behalf of the Democratic Republic of Vietnam,” Nixon said.

Light was finally at the end of the tunnel.

Are we going to have peace with honor in Afghanistan?

President Donald Trump is considering a Pentagon proposal to increase U.S. troop levels in Afghanistan by 3,000 to 5,000 more troops. The hedge is that it could be as little as 1,500. I’m glad they’ve this nailed down. What is a few thousand more men and women in the scheme of things?

I could have sworn that our previous president campaigned on ending two wars. Now our current president is ramping up a war that had been declared over. How could that be? I would laugh, but the bullshit has grown so high that it has crept past my neck and is entering my esophagus.

Three hundred Marines are back in Helmand. 300. To “advise and assist.” What exactly is it that they are supposed to do?

Brig. Gen. Roger Turner Jr., who leads the new Task Force Southwest, said in a statement: “The whole thing is a combat zone.” Strangely enough, he added that “we are not on the frontlines…. we have had people that have been exposed to some danger, but I don’t want to get into any specifics and kind of give the enemy intelligence of what they might be doing or not doing.”

A complete non-answer that people haven’t seemed to tire of hearing.

I know what that 21-year-old lance corporal is feeling as he squats in the smoke pit. “What the fuck am I doing here?” Does anyone even know he’s there?

Should we stay holed up in a fortified FOB so the dribble of casualties is low enough that the public does not notice? Let the Special Forces take care of it?

When will we accept that what we are doing is not working and never will?

I had the advantage of an earlier time. In 2006, I was part of a small footnote in Afghanistan next to the much flashier Iraq War. After a while, I accepted it. Nobody cared. Compared to Sadr City, Ramadi, and Fallujah, we were a few sad sacks rotting on the Pakistan border. We were hating life and getting shot at all the time, but compared to what was happening a thousand miles away in another Godforsaken shithole, we were an afterthought in the public eye.

I could not wait to get out of the Army. But then the Great Glorious Surge of 2009 happened! Suddenly, a humble Joe lugging a M240B machine gun around was too important to lose. I enjoyed the wonders of being stop-lossed and was flown to see the glorious vistas known as Wardak province. One more Magical Mystery Tour of a place my comrades and I could never understand, let alone pacify. Every time yet another one of my friends died, and there were many, I found myself wondering what exactly were we trying to accomplish.

But the dribs and drabs of humble Joes and the poor bastards in Special Forces continue to flow in to “advise and assist” Afghan security forces. We don’t call them boots on the ground. It’s a convenient term, “Advise and assist.”

What are they going to do that has not been tried over and over again by hundreds of thousands of men and women before them? Monty Python could not come up with this level of farce. I imagine some young sergeant staring at an Afghan policeman disillusioned with the war or so stoned on opium his eyes are crossed and thinking, “I’m supposed to advise him?”

Spc. Robert Zarlenga, a paratrooper with the 82nd Airborne Division’s 1st Brigade Combat Team, fires his M4 carbine through a small hole in a wall during the firefight.

I have the benefit of hindsight. I remember how things were going when I was running around in the mountains, and I look at it now and wonder what has changed. When will we accept that what we are doing is not working and never will?

It is not just Afghanistan. An old friend and comrade is somewhere in northern Iraq right now. It was never his or my war when we served together, but he is there now.

When we last spoke, he was mystified about what they were doing there, and this was an experienced infantryman who had seen as much combat, death, and sadness as anyone. A soft-spoken, kind man, but harder than a coffin nail. Even he could not figure what was what. He was divorced, drinking too much, and considering leaving the only real home he had, the U.S. Army. “Why am I here?” he asked.

When our best lose hope, what is Joe supposed to do? Soldiers know they could die. That is their job, but at what point is it enough?

Peace with honor. That would be a great historical ending for America’s longest war.