SOCOM Is In A Prison Of Its Own Making

The head of the U.S. Special Operations Command, Army Gen. Raymond A. Thomas III, told a gathering of government officials,... 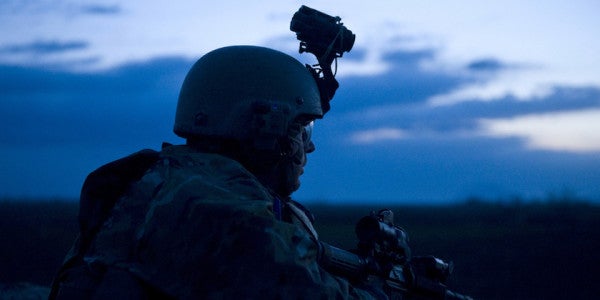 The head of the U.S. Special Operations Command, Army Gen. Raymond A. Thomas III, told a gathering of government officials, security experts, and journalists over the weekend that SOCOM is “anxious to finish” its mission in Afghanistan so the elite command can focus more on preparing for operations elsewhere — an idea that seems almost ludicrously hopeful in light of Defense Secretary Jim Mattis’ recent (and very accurate) assessment that the Afghan War has reached a stalemate and the “enemy is surging.”

Fielding questions from Fox News reporter Catherine Herridge at the eighth annual Aspen Security Forum on July 21, Thomas spoke at length — and in candid detail — about SOCOM’s outsized role in the War on Terror. The discussion was remarkable in that Thomas did not attempt to downplay the toll that 16 years of continuous warfare has exacted on the command, which quickly rose to become America’s premier fighting force in the wake of the Sept. 11 terror attacks. Special operators, while renowned for their preternatural endurance, are still human — and understandably, they’re burning out.

“We are very, very relevant to most, if not all, the national security challenges,” Thomas said. “The concern is…are we over-employed? Are we overused? Are we overextended, or used inappropriately?”

The answers to those questions seem to be yes, yes, yes, and yes. There are currently 8,000 special operators deployed to 80 different countries, according to Thomas, who was quick to add that SOCOM is working with “2% of the DoD budget and 2% of the DoD manpower.” Chief among the command’s myriad responsibilities — which include, but are not limited to, spearheading the anti-ISIS campaign in the Middle East, hunting down jihadists in the Horn of Africa, and planning for a possible strike in North Korea — is waging a counterterrorism campaign in the mountains of eastern Afghanistan, where an ISIS affiliate known as Islamic State in Khorasan, or ISIS-K, has taken root.

While recent progress in the anti-ISIS campaign in Afghanistan has been incremental at best, Thomas sees victory on the horizon — and that victory can’t come soon enough. “We are actively trying to work ourselves out of a job,” Thomas said. “We’re anxious to finish . To win. But as we try to work ourselves out of a job, that’s one way we can reduce the operations tempo for our command.”

The special operations mission in Afghanistan, which does not involve the bulk of the roughly 8,400 U.S. troops now in the country, has certainly yielded a string of notable victories since it began. In April, the U.S. military pulverized an ISIS cave complex in Nangarhar Province with a 22,000-bomb, killing as many as 96 ISIS militants and marking the start of a 24/7 anti-ISIS bomb-fest. According to The Washington Post, one in five U.S. airstrikes in Afghanistan now target ISIS-K, despite its relatively tiny size.

The relentless barrage of American firepower appears to be paying off: ISIS-K is now on its fourth commander, the last three were killed by U.S. strikes. The goal, as explained to CNN by the commander of U.S. Forces in Afghanistan, Gen. John Nicholson, is to keep hammering ISIS-K “until they are annihilated.” The U.S. military hopes to achieve total annihilation by year’s end.

However, ISIS-K, which first emerged along the Afghan-Pakistan border in early 2015, appears dug in for a protracted insurgency not unlike the one simultaneously waged with tremendous success by the Taliban. ISIS-K has thus far carried out a number of devastating attacks in Afghanistan, including an assault on a military hospital in Kabul in March that left dozens dead. Of the seven U.S. service members killed in Afghanistan this year, six were involved in the fight against ISIS-K. And the group has proved remarkably resilient: a July 23 Washington Post article reported that both “local intelligence officials and the U.S. military believe that ISIS-K is replenishing its stock of fighters almost as quickly as it loses them.”

Meanwhile, the Taliban has flourished since the NATO combat mission in Afghanistan officially ended in late 2014, seizing huge swaths of territory and limiting the ability of Afghan forces to staunch the flow of extremists entering the country. This dire reality has prompted urgent calls from the Pentagon for more coalition boots on the ground in Afghanistan, and the Trump Administration is now considering increasing troop levels in the country by several thousand.

Thomas has made clear that he’s on board with this idea, saying in testimony before the Senate Armed Services in May that “more conventional forces that would thicken the ability to advise and assist Afghan forces — that would absolutely be to our benefit.” More trained Afghan forces would, in theory, mean less work for U.S. special operators in Afghanistan. That, in turn, would free up valuable resources and personnel for hunting down terrorists in other countries, like Iraq, Syria, Yemen, Libya, and Somalia.

So, where does all of this leave SOCOM? In Afghanistan, it seems. As Thomas said, special operators are “very, very relevant” on the modern battlefield, and South Asia is certainly no exception. It was in Afghanistan, after all, that SOCOM made its post-9/11 debut, deploying two 12-man teams of Green Berets to the country in October 2001 to help the beleaguered Northern Alliance topple the Taliban regime.

The swiftness with which the Taliban was driven from Kabul earned special operators admiration from then-Secretary of Defense Donald Rumsfeld, who successfully pushed for SOCOM to become, as a 2004 mandate signed by President George W. Bush stated, the “lead combatant commander for planning, synchronizing, and as directed, executing global operations against terrorist networks.” Translation: Special operators actually fight the War on Terror; everyone else is meant to improve their chances of winning that fight, which includes keeping insurgents from getting in the way.

That is also why, despite the looming danger of burnout, SOCOM will likely remain in the country until the U.S. finally decides to leave. Lest we forget, the Afghan War is being fought to prevent Afghanistan from becoming a sanctuary for terrorists. That is why more than 2,300 Americans have died there. That is why we transformed the country into a battleground that has claimed the lives of tens of thousands of innocent civilians. Recent history has taught us that, if and when ISIS-K is “annihilated,” another terror group will spring up in its place. Chaos is fertile ground for extremism.

We are now fighting a war to end wars that are allowing terrorists to thrive. That’s the War on Terror. Unfortunately for the chosen few shouldering the bulk of that fight, it’s only expanding.