“The VA is a broken system that does not care about veterans and does nothing to help them.” This is … Continued 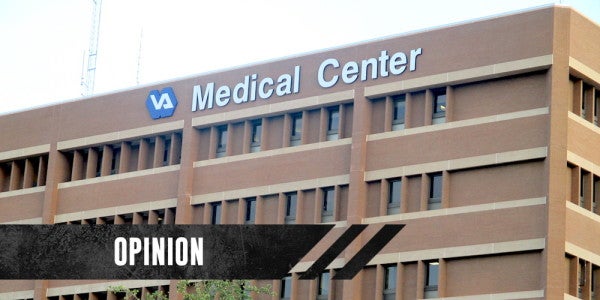 “The VA is a broken system that does not care about veterans and does nothing to help them.”

This is a common quote I’ve heard countless people say throughout my life. But the truth is that many people proclaiming this have never set foot inside a Veterans Affairs administration building, let alone even served.

The common perception of the VA is that it is an irrevocably broken organization, fundamentally unable to provide functional care for veterans. But based on my personal experience, I believe the VA does a fantastic job taking care of veterans that seek the help they need.

The key words are “veterans” and “seek the help.”

I left the Army in the spring of 2014 and wanted nothing to do with the VA. The bad ink from the press made my decision easy: The news was rightfully focused on the 2014 VHA scandal. Veterans were literally dying on appointment waiting lists due to proven employee negligence. Dying in a VA waiting room did not sound fun. So I took a pass on the VA.

But during this time, I still had the common infantry mentality. I felt weak when I sought help. I followed the false belief that the services at the VA were something “given” to me, not something I “earned.” I did not want to lump myself together with the type of people that joined the military to get as many benefits as possible while avoiding a combat deployment.

Instead of registering at the VA, I decided to get low-cost insurance and assume nothing bad would happen. My thoughts remained simple: “the VA is a broken system that doesn’t care about veterans and does nothing to help them.” Besides, I thought, “What am I really missing out on anyway?”

I found out the hard way. In December 2015,I broke my foot four days before my health insurance was set to expire. I thought I was lucky considering I was covered. I went to the local hospital and spent hours waiting.

Veterans were literally dying on appointment waiting lists due to proven employee negligence. Dying in a VA waiting room did not sound fun

After undergoing several tests, the doctor gave me an x-ray confirming I broke my fifth metatarsal, a common fracture known as the Jones Fracture. He then recommended several foot doctors to me while giving me a boot to wear on my foot, crutches, and one Percocet for pain.

Despite adequate treatment, worries began to take infiltrate my mind. I was anxious about how the new small-business I had recently co-founded would cope without me doing anything physical for a few months. I did not even think about how my Assurant healthcare would back out of paying anything.

I soon received a medical bill for about $3,500. This was a huge dent in my bank account and I did not even have a surgery yet. I said the same thing George Costanza said in Seinfeld, “What, did I see Sinatra in there?”

I knew that this was a service-connected injury. I sustained many stress fractures on that same foot during my time in the Army. The distance running throughout military career only exacerbated the stress on my foot until it finally broke.

I had no alternative. I had to register with the VA and get their “subpar treatment” because I could not afford however much a Jones Fracture surgery costs. I reluctantly went through the process to get into the system, assuming my experience would be like visiting a hospital in the 1800s prior to Dr. Joseph Lister’s discovery of germs.

To my amazement, the VA processed me quickly. The injuries I sustained during the Army were documented, so I was covered with no issues. Not only was I getting scheduled for the necessary surgery within a week, but I was also granted temporary 100% disability during my recovery time — disability payments which covered the cost of the original hospital bill.

During my slow recovery, I could not help but completely change my perspective of the VA and the opportunities available to veterans. I had an insurance company that I paid monthly. Ultimately, it did not provide any payments for minimal treatment. Thanks to the VA, I received a surgery that certainly possessed a steep price tag at zero cost.

That expression, “Everything happens for a reason,” can be infuriating, especially when you’re at rock bottom. However, if not for breaking my foot, I still would have the same exact perception of the VA.

During recovery, I had a lot of time to think and wonder why I was able to be duped into believing the masses. Reflecting on this honestly disappointed me as a former military leader.

I drank the Kool-Aid and believed the VA was not worth my time. I did not do the research and experience things firsthand. The real problem, it turned out, wasn’t the VA — it was with me.

It ultimately makes me sad that there are other veterans out there that are like me. They uniformly believe the stigma attached to the VA and think seeking help is a sign of weakness.

There are imperfections in the system that are galling, from long wait times to unsanitary conditions but overallthe VA can and does work. The simple statistic is that there are 170 VA Medical Centers in the U.S. If you served your country honorably – you have earned the right to walk into any one of them to ask for help.

Many of the people who work there deeply care about veterans and do everything in their power to help real veterans that seek the help they need.

Consider Dan Parsons, a retired non-commissioned officer I served with in the 10th Mountain Light Infantry Division. He was physically, mentally and spiritually a true specimen of an infantryman.

In 2007, Parsons he was hit by an IED that killed his driver and badly wounded his gunner. He was medically dead before being brought back to life and has had physical impairments ever since. He is medically retired from the Army but continues to work as though he was fully able.

He once told me a story about having to drive hundreds of miles to a VA. Sometimes, he was not even seen by a doctor but prescribed something he could get over the counter at a local drug store.

These are the kind of stories that are magnified by the media. They are not acceptable but are rare.

Many of the people who work there deeply care about veterans and do everything in their power to help real veterans that seek the help they need.

“I think the VA is sound and its intentions are good. However, like any bureaucratic organization, it is subject to miss-management,” Parsons told me via a phone call.

While he was at Walter Reed Hospital, the media reported on several issues that contributed to the negative public opinion on VA services for wounded warriors. From his perspective, it was overcrowded, and it did take a long time to be treated. However, it was not as bad as it was portrayed.

Much like deployments, experiences in the VA vary. There are flaws that exist. It is not a perfect system. Veterans I served with give valid gripes about the VA. However, after my surgery and recovery, my disability claim took approximately seven months to process. From a financial standpoint, my combined medical expenses from the private hospital and medical insurance totaled nearly $10 thousand.

But veterans being treated well does not sell newspapers. This quest for positive ratings has a human effect that prevents and continues to steer people like me away from the VA for years — as well as inadvertently cost me thousands of dollars.

I volunteer now at the VA, along with my therapy dog. During my tenure, I have met many amazing volunteers who have a real connection to the military and passion to help veterans. The VA is a type of organization that inspires people to serve others.

After over four years as a civilian, the infantry world feels like a different life for me I do remember that things I found normal in the realm of combat arms would be considered toxic and unacceptable in any organization.

If you are a veteran and have never taken advantage of the benefits you haveearned, I encourage you to give the VA a shot. You are in command of your own destiny.

This was written for you.

Richard Siemion is a former Army infantry officer. He has served two combat deployments in Afghanistan. He currently owns and operate a small business in Detroit and is a perpetually suffering Detroit sports fan. This essay was authored with the assistance of Neil Fotre, a former armor officer who has served operational and combat deployments in South Korea and Afghanistan.