There’s A Systemic Lack Of Integrity Among Military Leaders

Recently, a paper from the Strategic Studies Institute of the Army War College entered the military zeitgeist. Its title was... 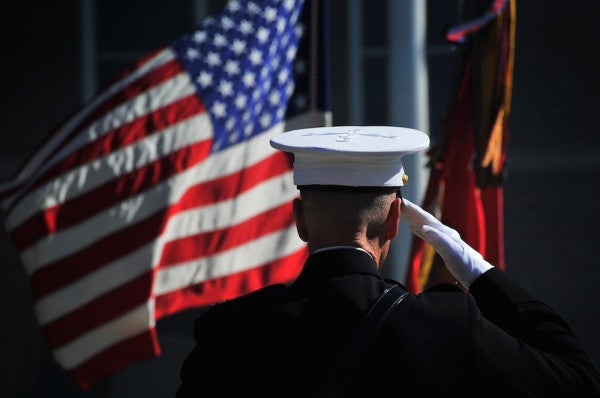 Recently, a paper from the Strategic Studies Institute of the Army War College entered the military zeitgeist. Its title was provocative: “Lying to Ourselves: Dishonesty in the Army Profession.” Those who simply read the headlines and skimmed the condensed summaries in the civilian media likely just came away with the impression that the study was just another hit piece on military problems, bemoaning the poor character of service members.

To the contrary, the authors, Leonard Wong and Stephen J. Gerras, discussed dishonesty in the military with dozens of officers and describe situations that every military leader has seen in some form. From the motor pool reporting vehicles as ready because they aren’t technically broken until someone tries to drive them, to the individual soldier fudging the driving distance on his leave request, any veteran reading it will nod knowingly at many of the anecdotes in the report.

Let’s face it. Almost every leader in the military is a habitual liar. Don’t feel too bad. You wouldn’t have gotten as far as you have if you weren’t. It only hurts so much to think about it because the military is so hypocritical on the subject. Everyone expects a used car salesman to lie, but the services go on and on about honor and integrity even as they encourage their members to compromise that integrity on a daily basis. Unless you are the Jesus of training time, getting 297 days of annual training (the required time to execute all U.S. Army mandatory unit training, but typical throughout the services) completed in 256 available training days, you’re a liar. You may think you’re just “working the system” or “being efficient,” but the real word for those things is “lying.”

The War College report correctly identifies the proliferation of administrative and training requirements and a zero-defect mentality as significant drivers of pervasive dishonesty. Because there are too many requirements, addressing everything from sexual assault to voting to fire prevention, pencil whipping has become a way of life. Because of careerism, fudging such things as supply inventories and readiness is a way of life. No one wants to be the one leader with 85% in yellow on the Excel spreadsheet projected on a screen to the general when everyone else’s block is in green, regardless of the reason.

The recommendations in the report — primarily to “exercise restraint” on the invention of new requirements and to “lead truthfully” — also ring true. Unfortunately, the second won’t happen until the first is completed. That’s because there’s no incentive for leaders to lead truthfully as long as they have mountains of administrivia to climb. No unit leader is going to be the first of his peers to admit that he actually has a defect or two instead of the target number, zero. That’s especially true in the cutthroat retention and promotion environment of the military drawdown. As long as leaders compete with each other to maintain perfection in metrics that have little to do with warfighting, the culture of dishonesty will always exist.

All the ethics training, rules, and motivational speeches won’t do a thing until the military decreases unit administrative and training requirements. In other words, fewer bullshit requirements from higher up means less bullshit answers going back up in return. Anyone in the military without stars on his shoulders knows that losing 50% of programs and items on a typical readiness inspection would actually increase combat readiness, not decrease it.

But how would we evaluate our subordinate leaders unless they have dozens of collateral duties to look after, you ask? One of the simplest keys is to get away from 100% of anything being the standard and have pass/fail metrics on administrative tasks. It’s the last few percent of anything that causes the majority of work in any administrative responsibility. Ninety or 95% is still an A in any school.

Here’s the important part. The military also needs to stop having leaders and their units compete on green-yellow-red “stoplight charts” of reportable items. It needs to concentrate on evaluating leaders on the missions of their units. You can pencil whip annual classroom training. You can pencil whip the annual Combined Federal Campaign charity drive. You can’t pencil whip a 20-mile unit road march, trucks in a convoy, or aircraft landing in a landing zone.

Too often, meetings of senior leaders devolve into discussions of whose unit is failing to have its motorcycle riders attend mandatory safety training and not whose unit is training for its mission. This attitude carries down to the ground floor. For instance, I know plenty of pilots who thought they’d be spending most of their their non-flying time studying how to fly better. Instead, they’re shocked to find themselves spending hours on things like revising unit orders that no one will ever read to put in binders that no one will ever open until the unit is inspected.

Leadership from the top down needs to push that mission results are what is most valued, not administrative results. That requires leaders to actually go and look at what their subordinates are doing. “Inspect what you expect,” as the saying goes. If you only inspect weekly PowerPoint slides at staff meetings, you’ll only get really nice PowerPoint slides. If you inspect subordinates executing their actual missions, you’ll get subordinates executing their missions.

Which does the military really want? Beautiful lies up and down the chain, holding up a Potemkin village of false combat readiness, or the sometimes ugly truth, showing what actually needs to be fixed? It seems the military wants the first, but needs the second.