Unfortunately, too many vets believe their own PR, and subscribe to what I’d call the “veteran superiority complex.” 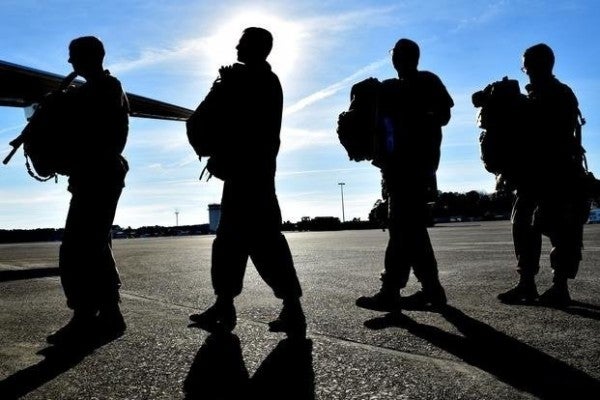 As veterans, it's easy to believe all the popular hype that the military is filled with heroes. From football games to the movies, military members are lionized, not on an individual basis, but on a collective one. The average citizen would be hard pressed to name one Medal of Honor recipient, but would probably say without hesitation that all the troops are heroes.

Whether a day out of boot camp or a 30-year combat vet, everyone who's worn a uniform is a modern-day Captain America. That's great, and perhaps a welcome change from how people viewed the military after Vietnam.

Unfortunately, too many vets believe their own PR, and subscribe to what I'd call the “veteran superiority complex.”

If servicemembers and vets are heroes, what does that make everyone else? Well, certainly not heroes. Not unless they've put their lives on the line. Cops? Maybe. But they don't deploy, so piss off, pigs. State and other government agencies? Pencilneck geeks. Fuck them, right?

Vets have done as much as anyone else to make this country what it is. We should be proud of it. But that doesn't diminish the accomplishments of others.

I have to admit I let myself fall in that trap from time to time. No matter what else a person has accomplished, I still occasionally ask myself “But was he in the military?” If he was, I'm relieved. If he wasn't, well, at least that's something I've done that he hasn't. “Sure, he's a Rhodes Scholar who played Division I football, but he hasn't served.”

And really, what is that? As hard as boot camp and Officer Candidates School are, they aren't exactly superhuman feats to accomplish. The longest distance I ever had to hump in the Marines was 20 miles and change. At OCS we were expected to run pretty fast, but not exceptionally so — a 20 minute or so three miles, well within the grasp of a 20-something who works out seriously.

Were we intellectual powerhouses? There were always a few officers from America's top universities, but then again, there were also more than a few from the University of Phoenix.

And that's for Marine officers, supposedly more elite than most. Let's be frank, we all know people in the military who could charitably be referred to as “possibly mentally handicapped.” As for being in shape, as enthusiastic as the Corps was about physical fitness, I never saw a Physical Fitness Test where there were more Marines beating the minimum run time than exceeding the maximum once I got to the fleet.

This, or something like it, is the case in all the branches. Yes, the average servicemember is probably smarter than the average American, but a third of Americans think that evolution is a myth, so we're not exactly talking about Stephen Hawking. They're probably in better shape than average, but almost 40% of Americans are obese, so being in better shape than average isn't like winning the Olympics.

On average, servicemembers are, well, slightly above average. Yes, there are jobs in the military that require truly exceptional brawn and brains. That's true in a lot of fields in and out of the military, though.

Does anyone really think that being in the military is beyond the reach of any recreational athlete without an obvious mental disability? The thing that distinguishes those who join from those who don't isn't ability, but the willingness to serve. And that's really the crux of it.

The people in the military aren't inherently better than anyone else. The people in it just happen to serve others. That's the important thing. Yes, vets can say they do that as much as anyone, but that doesn't mean that no one else does it.

Even if they were, if having a dangerous job was necessary to pay one's dues, there aren't even enough of those jobs for everyone, military, police, and fire included, so is it really fair to claim superiority based on that? Yes, physical courage is an important thing, but it's not the only thing.

If we're going to judge people on whether they've served, whether they've been part of something bigger than themselves, then we have to count service in general, not just that time spent dodging bullets.

So maybe we should stop dissing everyone who's not a veteran and start embracing what truly sets veterans apart — selfless service. That includes everyone from CIA analysts to teachers to that hipster with the collective garden feeding the disadvantaged.

Military service is but one way for people to prove their worth. It's a special kind of service, but not the only kind.

If vets want more people to join them in serving this country, it's better to welcome others into that club, and not insist that the only way to be bigger than oneself is to carry a gun.