This month marks the third anniversary of a nationwide crisis in access to care that branded the Department of Veterans... 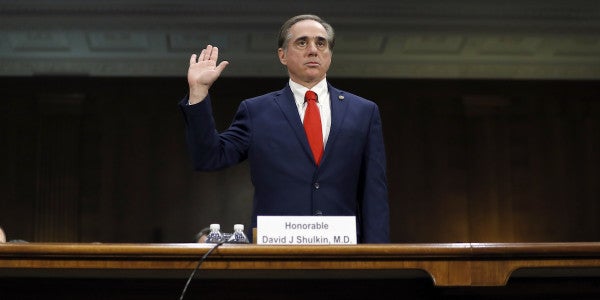 This month marks the third anniversary of a nationwide crisis in access to care that branded the Department of Veterans Affairs as an inept and corrupt government bureaucracy that was failing in its primary mission to care for those who had borne the battle.

In the aftermath, Congress quickly crafted a new law to improve the secretary of veterans affairs’ authority to remove senior VA executives for performance or misconduct. The new authority did not last long.

Soon after enactment, then-VA Secretary Bob McDonald demoted and fired several senior executives for failing to properly disclose and address egregious wait times, and for manipulating the agency’s hiring process to secure large bonuses. The law was later deemed unconstitutional — over alleged due process rights violations — and the disciplinary actions against the VA executives were reversed.

So the question today is whether the VA Accountability First Act is the right vehicle to finally enable VA leadership to fire inept, irresponsible and crime-committing employees? The Veterans of Foreign Wars of the United States hopes it is. We are very cognizant of the points made by the opposition, because any new personnel regulation intended to apply only to VA employees will impact all federal civilians in every government agency. This explains the pushback from unions and perhaps the hesitance by some in Congress to support the reform legislation, despite their many promises to fix the VA.

According to the bill’s sponsors, House VA Committee Chairman Dr. Phil Roe and Sen. Marco Rubio, the VA Accountability First Act would enact improved protections for whistleblowers; empower the VA secretary to reduce an employee’s federal pension if they are convicted of a felony that influenced their job at VA; allow the VA secretary to recoup bonuses provided to employees who engaged in misconduct or poor performance prior to receiving the bonus; and recoup relocation expenses authorized for an employee only through the employee’s “ill-gotten means, such as fraud, waste or malfeasance.”

As the nation's oldest and largest major war veterans organization, the VFW supports this legislation. We want VA Secretary Dr. David Shulkin to have the authority to manage his people in a manner expected of all senior executives, public or private. We want the secretary to weed out the non-performers and especially the criminals, regardless of whether the crime was committed on or off-duty.

It is important to note that employee accountability is only part of the solution. As former VA Deputy Secretary Sloan Gibson so eloquently expressed during congressional testimony, “You can’t fire your way to excellence.” The VFW believes improved accountability will have a direct and positive effect on the VA’s ability to hire and retain high quality health care professionals.

Working for the government needs to return to being an honor to serve the public, not a right to serve oneself. Proper leadership, management, and accountability are only watchwords without the authority to enact change. Let’s get the VA Accountability First Act passed, because maintaining the status quo doesn’t work for those who have borne the battle.

Brian Duffy is the national commander of the 1.7 million-member Veterans of Foreign Wars of the United States and its Auxiliary.