America’s longest war is finally over. Now it’s time to learn from our mistakes

Any prognosis of Washington’s misadventure in Afghanistan must account for three critical errors in judgment, each of which proved to be a major inflection point in the conflict. 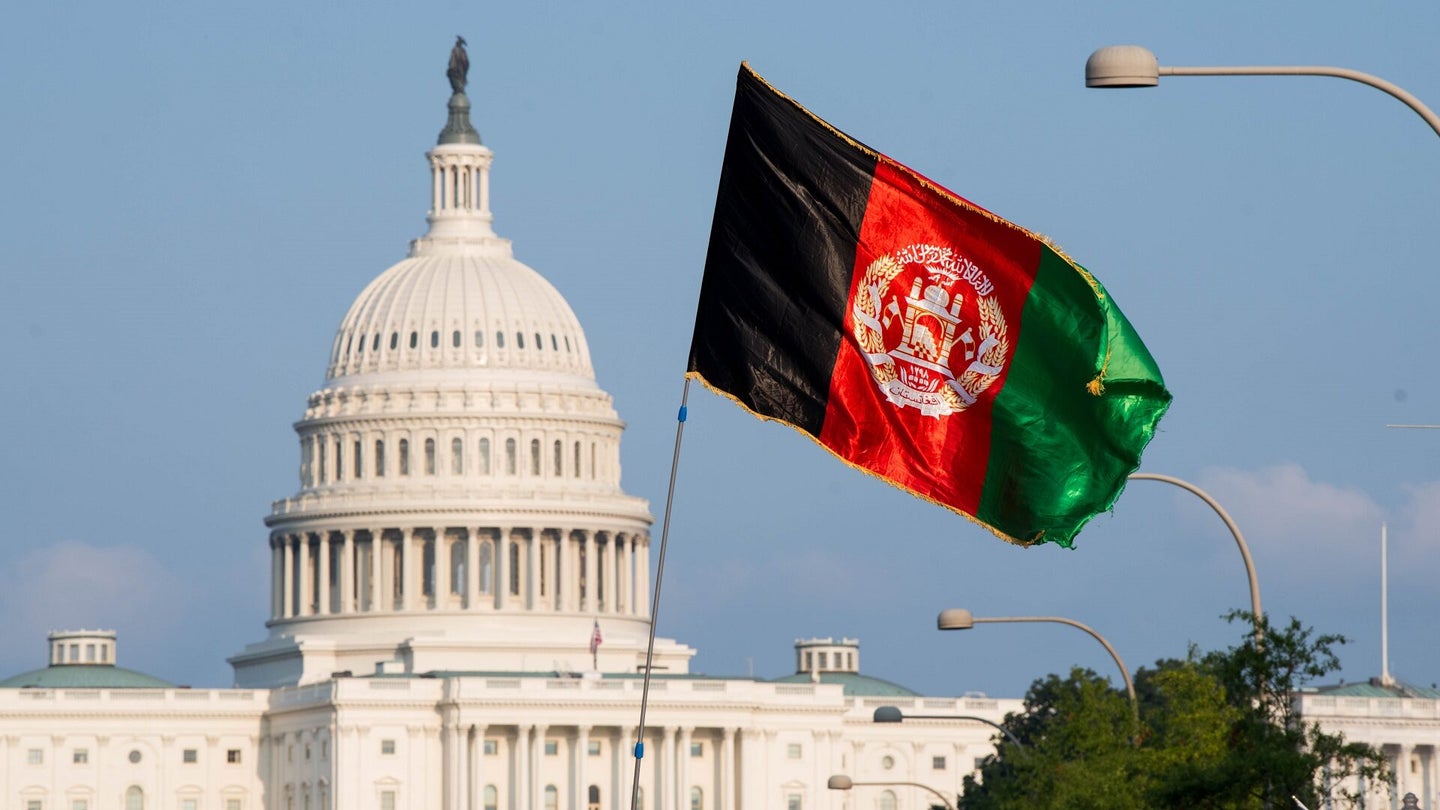 An Afghanistan flag is seen waving in front of the U.S. Capitol on August 28, 2021 in Washington, DC. The protest comes on the heels of a deadly bombing in Kabul this week as the U.S. and its allies rush to evacuate people from Afghanistan before the August 31st withdrawal deadline. (Photo by Liz Lynch/Getty Images).
SHARE

The completion of the U.S. military withdrawal from Afghanistan marks a milestone in history, not only for a South Asian country that has been marred by warfare for the last four decades but also for a superpower whose troops fought valiantly for two decades.

Because the most immediate concern over the last two weeks was getting Americans and Afghan allies out of harm’s way, introspection about the war has been in short supply. But with the mass airlift complete, U.S. policymakers no longer have an excuse to avoid contemplating the lessons of a 20-year war riven by hubris, flawed assumptions, and deceit. Concentrating predominantly on the evacuation’s questionable implementation over the last 20 days is simply inadequate—we need to spend our time dissecting the last 20 years.

Any prognosis of Washington’s misadventure in Afghanistan must account for three critical errors in judgment, each of which proved to be a major inflection point in the conflict.

First and most important, U.S. policymakers lost sight of the original U.S. objective in Afghanistan very early on. At its core, the U.S. military operation in Afghanistan was guided by a narrow mission: punish those who perpetrated the 9/11 terrorist attacks. As President George W. Bush told the nation during the opening day of the military campaign, U.S. operations were “designed to disrupt the use of Afghanistan as a terrorist base of operations, and to attack the military capability of the Taliban regime.”

This part of the operation was remarkably successful. Within the campaign’s opening months, U.S. airstrikes in partnership with the anti-Taliban Northern Alliance turned the Taliban into a spent force. Al-Qaeda fighters who once enjoyed training camps on Afghan soil were forced to flee for their lives (assuming they weren’t killed first). Yet rather than acknowledge success, the Bush administration chose to grossly expand the mission to constructing, nurturing, and defending a centralized Afghan democracy in a country better known for tribalism, decentralized governance, and competing power centers. Washington would spend the next 20 years trying to build an Afghan state from scratch—a mission undermined every step of the way by the very Afghan government the U.S. was hoping to groom. Instead of a self-sustaining democracy, Washington’s trillions of dollars bought it an Afghan state that couldn’t hold out against the Taliban for more than 11 days.

The second critical U.S. mistake was shunning the Taliban as a movement too evil to bring into the fold. Today, the Taliban is the victor of Afghanistan’s civil war. But back in 2001, it was in dire straits, seeking to save its own skin. Before the fall of Kandahar in late 2001, Taliban representatives were so desperate to live another day that they offered Washington a major concession: in exchange for a general amnesty, the group would surrender to the new authorities and demobilize. The offer was immediately rejected by the Bush administration, which assumed the Taliban could be wiped out militarily.

That assumption was a significant miscalculation. The Taliban, shunned by Washington as a terrorist pariah, would regroup in neighboring Pakistan and wage a nationwide insurgency against a U.S.-supported Afghan government which was woefully dependent, corrupt, and detached from the Afghan population. Through it all, U.S. commanders remained insistent that just a little more military force would eventually compel the Taliban to capitulate.

Then there was the U.S. troop surge in 2009-2011, which in reality consisted of two surges—the first in March 2009 consisted of an additional 21,000 forces being deployed into the war, while the second in December 2009 sent 30,000 more. As Gen. David Petraeus, Gen. Stanley McChrystal, Chairman of the Joint Chiefs Mike Mullen, Defense Secretary Robert Gates and Secretary of State Hillary Clinton all argued, the reinforcements would take the initiative away from the Taliban, provide a sense of security and effective governance to the Afghan people, and create the time needed to build a self-reliant Afghan security force.

Yet Washington’s foray into counterinsurgency in Afghanistan was yet another mistake, confusing short-term effects with longer-term success. While Kabul’s reach grew, it was incapable of instilling confidence in the Afghan people. U.S. casualties increased significantly as a result of the troop surge, and the Afghan government remained riddled with corruption and nepotism—the very things that helped the Taliban sustain recruitment. Then-Vice President Joe Biden, who in 2009 came away from a meeting with former Afghan President Hamid Karzai angry and disappointed, was never convinced counterinsurgency would work in Afghanistan and was the only Obama administration principal willing to challenge what senior U.S. military officials were selling.

Biden proved to be right, while McChrystal, Petraeus, and Mullen, all of whom were confident in their own recommendations, proved to be wrong. A successful counterinsurgency operation is extremely difficult when the enemy has a rear-base of support, and the host government is incompetent and incapable of reform.

Some will claim all of this introspection is scapegoating in disguise. Surely, the powers-that-be had reason to believe these policies would be successful?

Intentions, however, don’t count for much in international relations. Results do. And history will show that the architects of these policies were not only incorrect, but ultimately responsible for deepening U.S. involvement in a civil war Washington could never resolve on its own.

Daniel R. DePetris is a fellow at Defense Priorities and a foreign affairs columnist at Newsweek.