Here are the top 10 stories we had in 2018, according to stats from Google Analytics. 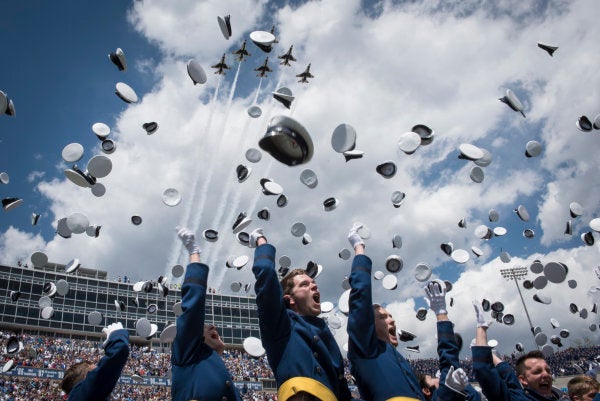 It's now 2019, but it's always worth taking a look back and remembering what happened over the past year, and when it comes to articles here at Task & Purpose, that includes everything from stories of heroism to the news that Marines depleted an entire booze supply in Iceland.

Clearly, we run the gamut of military news stories around here. Here are the top 10 stories we had in 2018, according to stats from Google Analytics:

It's no surprise this story by Jared Keller did well, since it features one of the greatest headlines we've ever had. As Keller reported at the start of the largest NATO military exercise since the Cold War in Oct. 2018, bars in downtown Reykjavík had to make emergency beer runs to accommodate all the sailors and Marines that were in town.

“Trident Juncture will leave NATO leaders with one important strategic conclusion: When all else fails, you can always drink the enemy under the table,” Keller wrote.

In August, Task & Purpose was the first to report that John Chapman, an Air Force combat controller, would be the first Air Force service member to receive the Medal of Honor since Vietnam. His family received the posthumous award in August.

“16 years later and people are still talking about him and asking about him,” his sister Lori told Task & Purpose. “And that, to a family member, means more than anyone can imagine.”

8. Veterans Need To Be Honest About Their Loneliness And Boredom After Serving

This column in May by Task & Purpose columnist Carl Forsling spoke to a number of issues veterans face after transitioning out of the military — whether it's going from a regimented day to zero structure and the tendency to self-isolate from civilians.

“When you get home you usually have nothing to do. At first, that fills you with sublime joy, but after awhile, having nothing and no one to fill the off-time becomes old. Some people handle that better than others,” Forsling wrote.

7. The Spartans Were Morons

“Let's face it, the Spartans were morons,” opens this provocatively-titled column, syndicated from Law Enforcement Today. With a headline and opening like that — amid the military's cult-like fascination with all things Spartan — it's easy to see why this article blew up.

“So the next time you see a middle-aged, bearded, chubby, cop or military dude dressed up like Donny Delta Force in morale patches, Velcro and 'operator gear' festooned with Spartan helmet insignia, ask yourself this: What are they really laying claim to?”

6. The Recruit Who Shipped To Boot Camp With A Mullet Is Now A Marine

The internet loved “Recruit Mullet” when he first screamed onto the scene — after the official Marine Corps Facebook page posted a video of the mulletted, Budweiser shirt-wearing Marine Corps wannabe making his initial phone call home.

Task & Purpose was down in San Diego when the Marine graduated from boot camp and, well, he had a better haircut.

5. 'I Got Him With My Hunting Knife': SEAL Allegedly Texted Photo Cradling ISIS Fighter's Head

Task & Purpose was the first to report on what happened at the Article 32 hearing for Navy SEAL Chief Eddie Gallagher, a 19-year veteran of the Navy facing charges of war crimes during the Battle of Mosul. The initial article, written by yours truly, revealed more details from the case and the investigation, including descriptions of photos taken at the allegedly grisly scene.

After it was officially announced that Air Force Tech Sgt. John Chapman would receive the Medal of Honor, the U.S. Air Force made public a surveillance video that showed Chapman and the SEALs he accompanied battling it out with al Qaeda militants on a snowy mountain peak in 2002.

Chapman charged multiple machine-gun nests and engaged in hand-to-hand combat on the 10,000-foot peak known as Takur Ghar in Afghanistan during Operation Anaconda. The video, although grainy and a bit hard to make it out, shows a firsthand look at Chapman's incredible heroism at the time.

3. Technician Accidentally Fires Vulcan Cannon And Destroys An F-16 On The Ground In Belgium

Shit happens. And sometimes shit happens so bad that you end up destroying an F-16 fighter when you're working on another aircraft. Whoops.

Task & Purpose got the photos of the wreckage from Scramble Magazine and reported on the royal screwup in Belgium, which caused the destruction of one F-16 and damage to another.

It comes as no surprise that a scathing resignation letter written by Defense Secretary Jim Mattis to President Donald Trump was one of our most read stories. The letter was dropped on Trump's desk and then subsequently pushed out to all of the Washington press and read around the world. And it clearly offered a stinging rebuke to Trump's foreign policy world view:

“My views on treating allies with respect and also being clear-eyed about both malign actors and strategic competitors are strongly held and informed by over four decades of immersion in these issues. We must do everything possible to advance an international order that is most conducive to our security, prosperity and values, and we are strengthened in this effort by the solidarity of our alliances,” Mattis wrote on Dec. 20.

Because you have the right to have a Secretary of Defense whose views are better aligned with yours on these and other subjects, I believe it is right for me to step down from my position.”

1. The Army Is Officially Honoring Three Slain JROTC Cadets For Their Heroism During The Florida Shooting

This February story from Jared Keller revealed that three JROTC cadets among those killed during a mass shooting at Stoneman Douglas High School were awarded the U.S. Army's highest award for ROTC cadets.