Halloween costumes based on military stereotypes (that are kinda true) 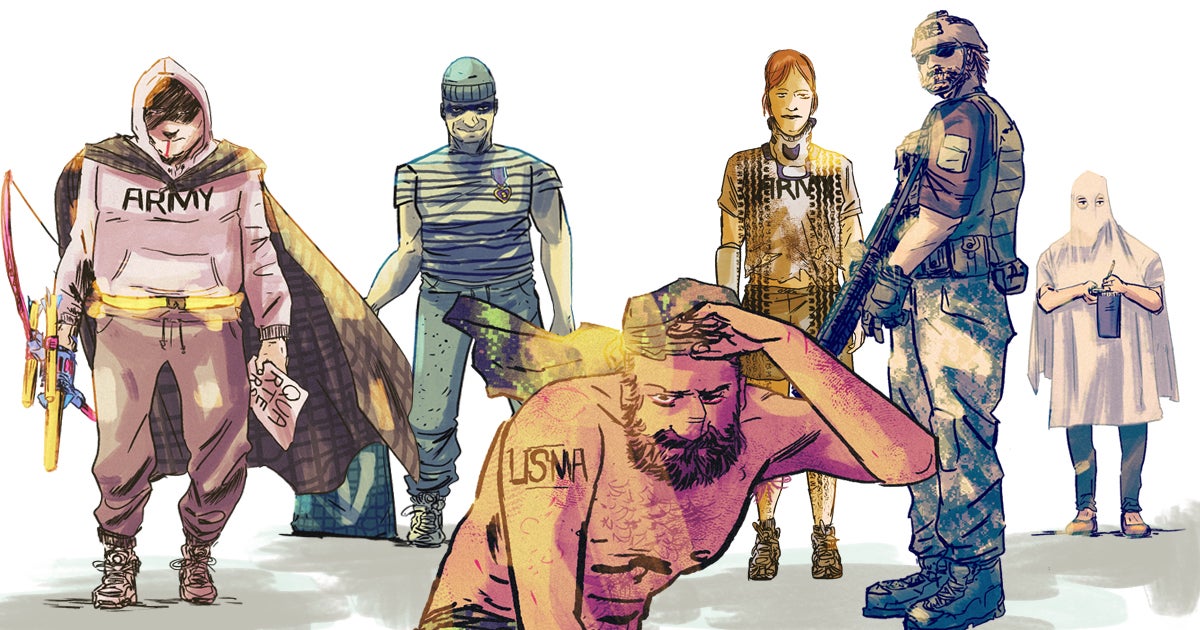 It’s late October, and that means it’s time to figure out what you’re going to “be” for Halloween this year.

Of course, you could always just go with the obvious — you could dress up as a vampire, or a zombie, or that chubby bald fella who wore a red sweater to the second presidential debate (can’t think of his name). But that’s boring. If you really want to be the life of the party, you should probably opt for something more original — something with a little bit more pizazz.

Don’t worry. Task & Purpose has got you covered. In fact, we came up with not just one, but five totally spooktacular costume ideas, all of them 100% original and fairly easy to make. For inspiration, we turned to the world we know best: the military. But you won’t see Rambo, or GI Joe, or a sexy sailor in this lineup. These costumes are based on reality.

Also known as “Light Duty Warrior” or simply just “Dirtbag,” Sick Call Ranger’s special powers include hanging out in the barracks while everyone else is working, and — actually, that’s it. That’s his only special power.

It’s a joke as old as the military itself: Lieutenants are terrible at land navigation. But what if one got so lost that he ended up on a desert island with a talking volleyball like Tom Hanks in “Castaway”? It could happen.

​Soldier Who Forgot Her PT Belt

If you ever want to know why reflective belts are mandatory in the military, try doing PT in broad daylight without one. You’ll get run over by a car 100% of the time. No reflective belt = gruesome injury. It’s just basic math.

There’s no villain more fearsome than the Valor Thief. If you’re not careful, he’ll steal all of those medals you earned in the military. Then, when you’re not looking, he’ll use those medals to live a totally awesome and fulfilling life — and he didn’t even have to go to Iraq!