The right way to be a military innovator

Too often, people who would be innovators either give up too early or never put the work in to see their ideas through. Then they get disillusioned and blame the system for their own failures. 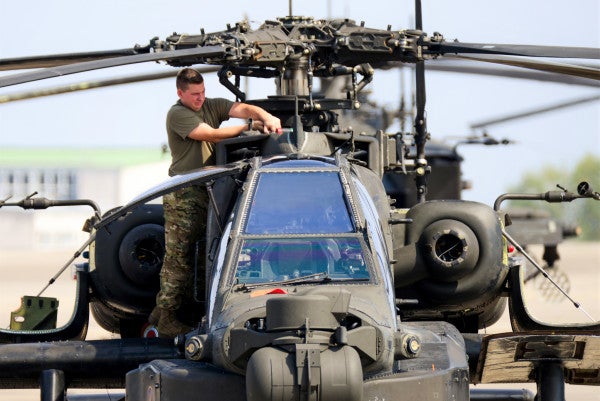 One of the recurring complaints about the military is that it doesn't take well to new ideas. By its very nature, the military has a structure that lends itself to ideas becoming orders from the top down.

The path of least resistance is certainly to shut up and color.

It often seems the way to the top is the path of conformity and “the way we've always done it.” But just as often it is actually the innovators who succeed. Those are the leaders everyone wishes they worked for. Too often, people who would be innovators either give up too early or never put the work in to see their ideas through. Then they get disillusioned and blame the system for their own failures.

It's easy to say that the time for innovation is “when I finally get promoted/get command/PCS/etc.” Truth is, if you're not doing it now, you're never going to. That said, there is a fine line to be walked. No one cares about the great ideas of people who don't know anything.

Once you know your shit, the second part is to do your homework. A lot of would-be innovators curse the darkness, yet don't realize everyone else sees it's dark too. Then they say “Why doesn't someone find the light switch?”

“Thanks. We already tried that, Mr. Edison.” An actual innovator figures out how to change the light bulb and starts executing a plan. Noting problems is easy. Solving them is the hard part.

Everyone sees themselves as an “Idea” man or woman. Everyone has ideas. It's really fun looking at the big picture, but 90% of the work is in the details. If the solution is obvious, the reason it hasn't been implemented is because no one has wanted to actually do the work yet. If you want to stand out, you actually have to do the work.

The piece that everyone complains about, the “getting my boss to accept it” bit, isn't usually that bad if you've done the first two parts. Most bosses are tired of hearing complaints with no solutions. Everyone identifies problems. That's called “bitching.”

There are always a few crazy or intransigent bosses who think that anything resembling change reflects poorly on them. If you truly have a toxic leader, then he or she probably isn't open to innovative solutions. That said, don't mistake a leader being idiosyncratic or not having a bubbly personality with being toxic. By the same token, plenty of outwardly friendly leaders will blow off a good idea with a smile and not even let you know it's headed for the circular file under their desks. Know your audience.

Most people are happy to reap the fruits of others' labor. If you've come with your homework complete, there's a good chance your ideas will get a fair hearing. Still, however bright you think you are, you're still in the military. The military has its traditions for a reason. You can't contradict a commander in public.

Despite what you may have heard watching “Talladega Nights,” saying “With all due respect” is not a free pass to say whatever you want. There's always a right way and a wrong way, and the right way honors the chain of command.

The all-too-cliched Serenity Prayer talks about changing what one can change and knowing what one should just accept. The Secretary of Defense isn't going to take a lieutenant's point paper for action, no matter how awesome it is. But a company or battalion commander might.