Robert O'Neill, the Navy SEAL Team 6 operator who fired the shots that killed Osama Bin Laden during the May 2011 Abbottabad, Pakistan raid, recently signed a movie deal with Universal Studios to base a film on his best-selling biography. 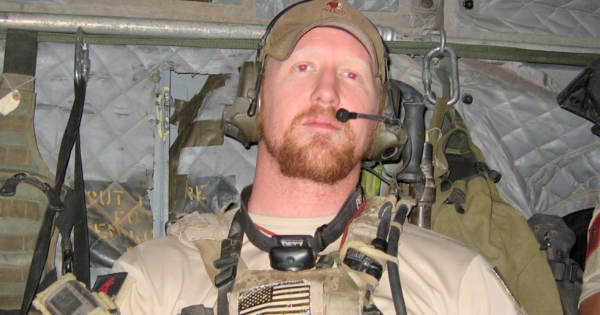 Robert O’Neill, the Navy SEAL Team 6 operator who fired the shot that killed Osama Bin Laden during the May 2011 Abbottabad, Pakistan raid, recently signed a movie deal with Universal Studios to base a film on his best-selling biography.

The rights to the film were obtained by Universal Pictures and Broadway Video, owned by SNL creator Lorne Michaels, Deadline originally reported on Feb. 7. Titled The Operator: Firing the Shots That Killed Osama Bin Laden and My Years as a SEAL Team Warrior, the film is based on O’Neill’s biography of the same name.

The story will follow O’Neill as he grows up in a small town in Montana, through his career in the Navy, to the years he spent hopping from country to country in an ever-expanding Global War on Terror. It seems likely that a large portion of the story will either focus on, or build up to the mission when O’Neill and his fellow operators set out to kill the most wanted man in the world: Osama Bin Laden.

After O’Neill was revealed as the shooter in 2014, some SEALs challenged his version of events, while others criticized his decision to share the story publicly, seeing it as a breach of the special operations community’s emphasis on being silent professionals.

In an interview with The Washington Post that year, O’Neill said the decision to speak about the raid, and his role in it — shooting Bin Laden in the head — was prompted after meeting with family members whose loved ones were killed in the 9/11 terror attacks. Here’s how the Post described it:

He said his decision to go public was confirmed after a private encounter over the summer with relatives of victims of the Sept. 11, 2001, attack on New York’s World Trade Center.

O’Neill, who works as a motivational speaker, had been invited to address a gathering of 9/11 family members at the National September 11 Memorial Museum shortly before its official opening. During what he described as a highly emotional exchange, O’Neill decided spontaneously to talk about how bin Laden died.

“The families told me it helped bring them some closure,” O’Neill said.

In recent years, the former SEAL, who retired in 2012 and now runs a charity for transitioning special operators, has taken to speaking more candidly about the raid, and even cracked a few jokes during a Clever Talks event in San Diego May 16, 2018, as Task & Purpose previously reported.

“This is some serious Navy SEAL shit we’re about to do,” O’Neill recalled thinking as the members of SEAL Team 6 made their way into Pakistan, headed for Bin Laden’s compound.

That, and other examples of “serious SEAL shit” are likely to feature prominently in the film.