This Marine Survived 2 Mass Shootings In Just Over A Year. Now He’s Headed To Afghanistan

By the time he arrives overseas, he will have likely seen more combat than many of his Marine peers of the same age. 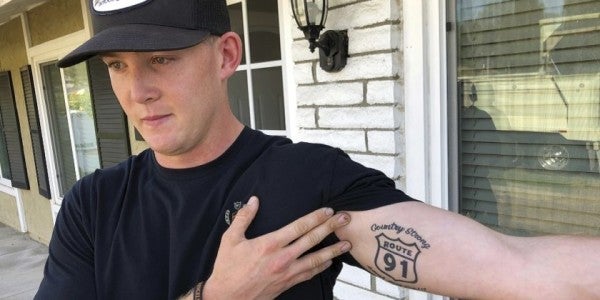 In just over a year, Lance Cpl. Brendan Kelly narrowly avoided death twice — not on the battlefield, but during a pair of deadly mass shootings in the states, first at the Route 91 Harvest Festival shooting in October 2017, then again at a bar in Thousand Oaks, California on Nov. 7, 2018. Now the 22-year-old Marine reservist is preparing to deploy to Afghanistan.

By the time he arrives overseas, Kelly will have likely seen more combat than many of his Marine peers of the same age. His experiences, courage under fire, and the lingering impact of surviving not one, but two shootings was the subject of a recent New York Times profile.

SEE ALSO: 'There's Not Time For Emotions … You Have To Act,' Says Marine Who Survived 2 Mass Shootings In Just Over A Year