When Booty Calls: A Vermont Air Guard Commander Allegedly Used An F-16 For A Romantic Getaway 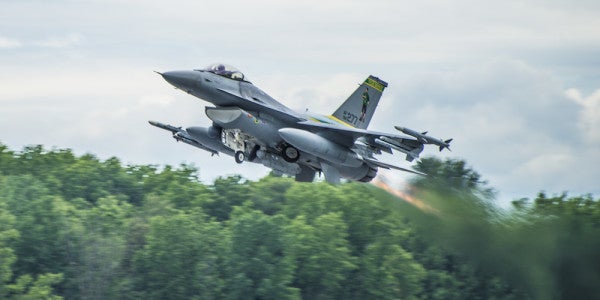 The commander of the Vermont Air National Guard was quietly forced out of his job after bogarting an F-16 Fighting Falcon in what amounted to an interstate booty call with an Army officer in Washington, D.C., according to a salacious new investigation by VTDigger.