The US has been getting 'its ass handed to it' in simulated war games against Russia and China, analysts say

"In our games, when we fight Russia and China, 'blue' gets its ass handed to it," David Ochmanek, a RAND warfare analyst, explained at the Center for a New American Security on Thursday, Breaking Defense first reported. U.S. forces are typically color-coded blue in these simulations. 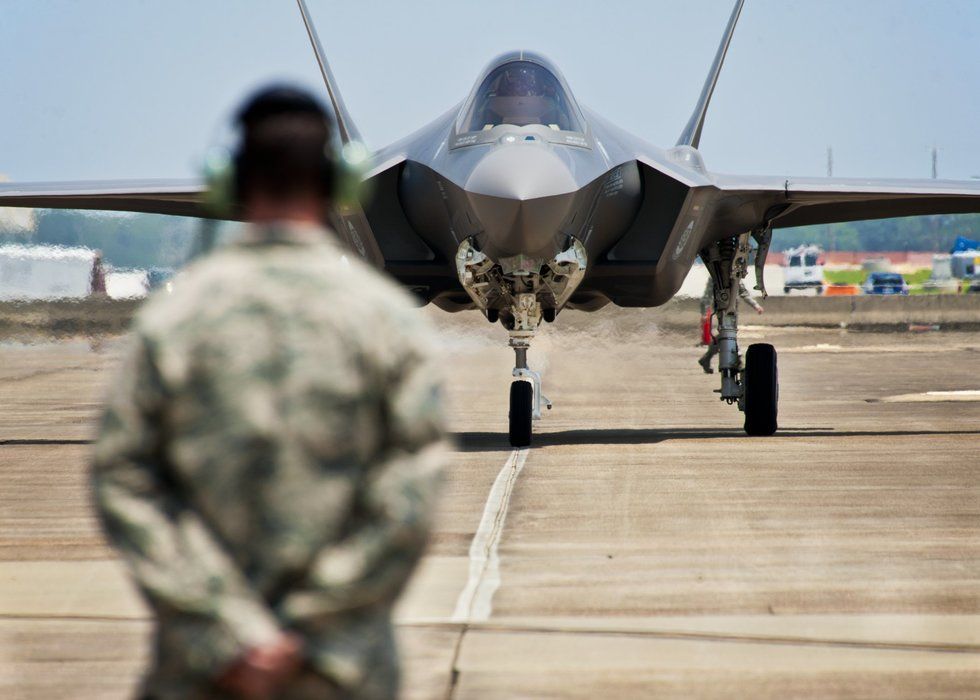 At the outset of these conflicts, all five battlefield domains — land, sea, air, space, and cyberspace — are contested, meaning the U.S. could struggle to achieve the superiority it has enjoyed in the past.

"In every case I know of, the F-35 rules the sky when it's in the sky," Robert Work, a former deputy secretary of defense and an experienced war-gamer, said Thursday. "But it gets killed on the ground in large numbers."

Neither China nor Russia has developed a fifth-generation fighter as capable as the F-35, but even the best aircraft have to land. That leaves them vulnerable to attack.

U.S. warships are wiped off the board 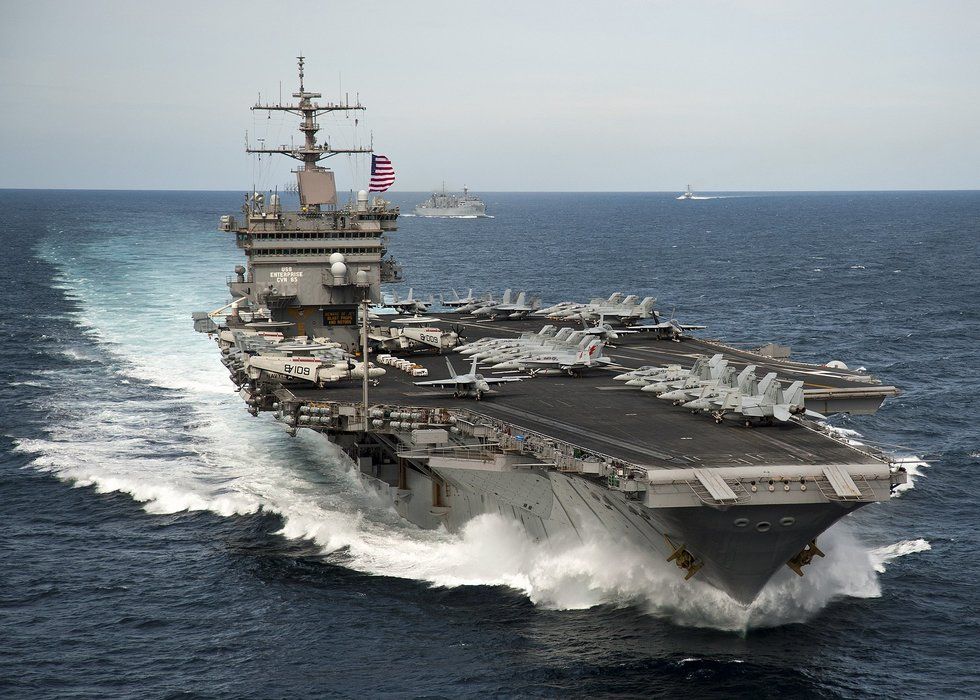 "Things that sail on the surface of the sea are going to have a hard time," Ochmanek said.

Aircraft carriers, traditional beacons of American military might, are becoming increasingly vulnerable. They may be hard to kill, but they are significantly less difficult to take out of the fight.

Naval experts estimate that US aircraft carriers now need to operate at least 1,000 nautical miles from the Chinese mainland to keep out of range of China's anti-ship missiles, according to USNI News. 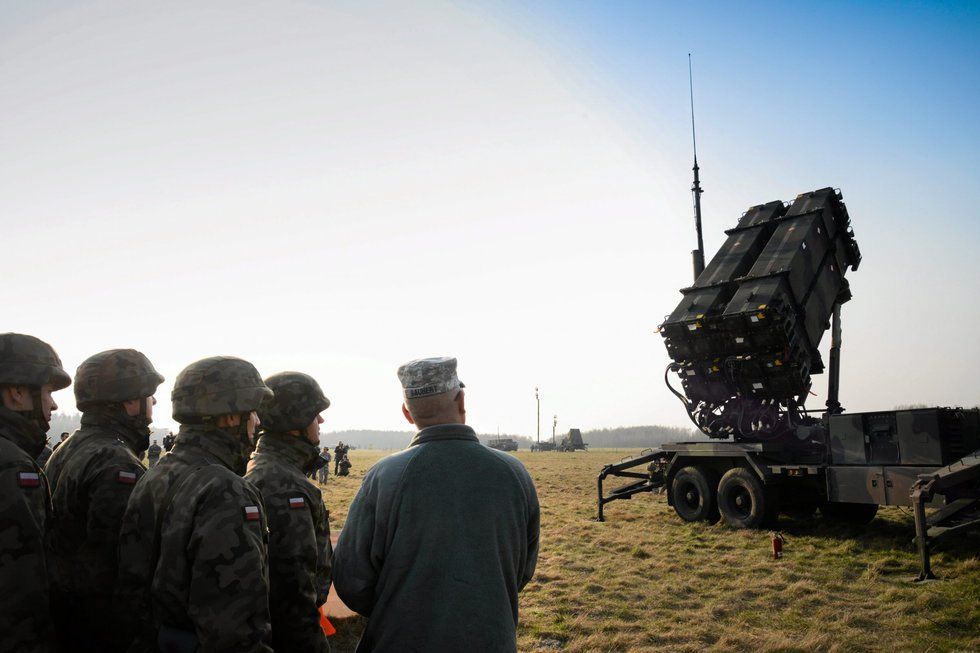 US and Polish soldiers look at a Patriot missile-defense battery during exercises in Sochaczew, near Warsaw, March 21, 2015(Reuters/Franciszek Mazur/Agencja Gazeta)

"If we went to war in Europe, there would be one Patriot battery moving, and it would go to Ramstein [in Germany]. And that's it," Work explained, according to Breaking Defense. "We have 58 Brigade Combat Teams, but we don't have anything to protect our bases. So what difference does it make?"

Simply put, the U.S. military bases scattered across Europe and the Pacific don't have the anti-air and missile-defense capabilities required to handle the overwhelming volume of fire they would face in a high-end conflict. 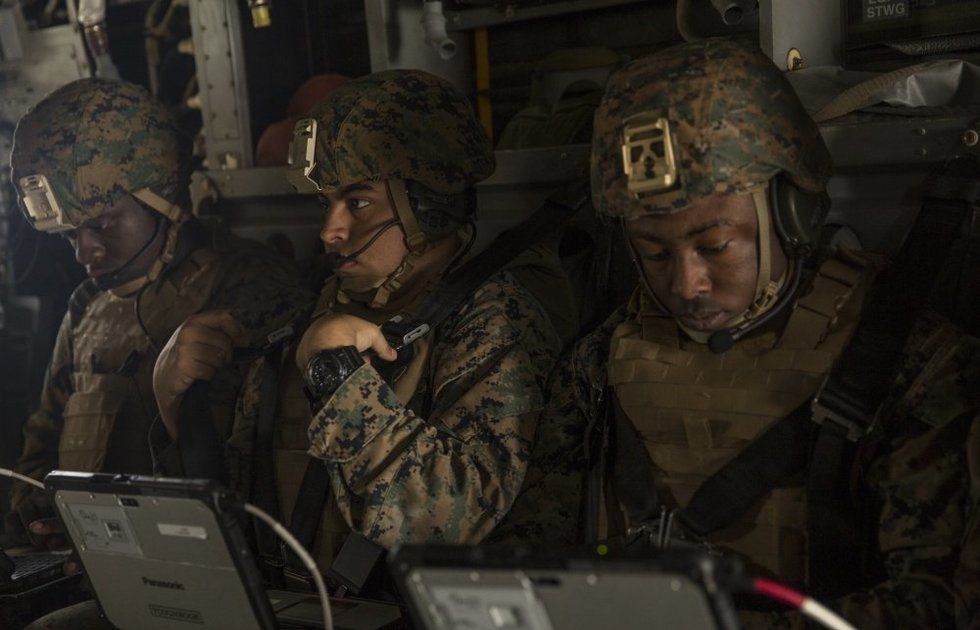 In a conflict against a near-peer threat, U.S. communications satellites, command-and-control systems, and wireless networks would be crippled.

"The brain and the nervous system that connects all of these pieces is suppressed, if not shattered," Ochmanek said of this scenario. Work said the Chinese call this type of attack "system destruction warfare."

The Chinese would "attack the American battle network at all levels, relentlessly, and they practice it all the time," Work said. "On our side, whenever we have an exercise, when the red force really destroys our command and control, we stop the exercise and say, 'let's restart.'"

"These are the things that the war games show over and over and over, so we need a new American way of war without question," Work stressed.

Ochmanek and Work have both seen U.S. war games play out undesirably, and their damning observations reflect the findings of an assessment done from last fall.

The report called attention to the erosion of the U.S.'s military edge by rival powers, namely Russia and China, which have developed a "suite of advanced capabilities heretofore possessed only by the United States."

The commission concluded the U.S. is "at greater risk than at any time in decades."

WATCH NEXT: The Critical Element In A Fight Against Russia and China LONDON (Reuters) - Sweeping cyberattacks targeting governments and other organizations in Europe and the Middle East are believed to be the work of hackers acting in the interests of the Turkish government, three senior Western security officials said.

The hackers have attacked at least 30 organizations, including government ministries, embassies and security services as well as companies and other groups, according to a Reuters review of public internet records. Victims have included Cypriot and Greek government email services and the Iraqi government's national security advisor, the records show.

The attacks involve intercepting internet traffic to victim websites, potentially enabling hackers to obtain illicit access to the networks of government bodies and other organizations.

According to two British officials and one U.S. official, the activity bears the hallmarks of a state-backed cyber espionage operation conducted to advance Turkish interests.