While its speed is unknown, Michael Duitsman, a research associate specializing in Russian missile technology at the James Martin Center for Nonproliferation Studies at Middlebury College, estimates it's in the Mach 16-20 range.

The Bulava has been in operational use since 2013, and was fired for the first time from the nuclear-powered submarine on Oct. 29.

The Prince Vladimir is the first of the Borei-A class submarine, which has better noise reduction and improved communication equipment over the Borei class, Duitsman told Insider via email.

RSM-56 Bulava by JamesMartinCNS on Sketchfab

According to the Moscow Times, the missile was launched from the Arkhangelsk region and traveled thousands of miles to the Kamchatka peninsula in Russia's Far East — across the entire country of Russia.

Once it enters service — anticipated to be in December — the Borei A-class strategic submarine will carry up to 16 of the Bulava missiles with four to six nuclear warheads each, according to the Moscow Times.

The missile was launched from a submerged position in the White Sea — the same place a devastating nuclear accident occurred in August.

In that instance, Russian engineers were attempting to recover a so-called "Skyfall" missile from the bed of the White Sea when the weapon's nuclear reactor exploded, causing the death of at least seven Russians.

Russia's handling of the incident has been referred to as a cover-up by a senior official at the State Department's Bureau of Arms Control, Verification, and Compliance. 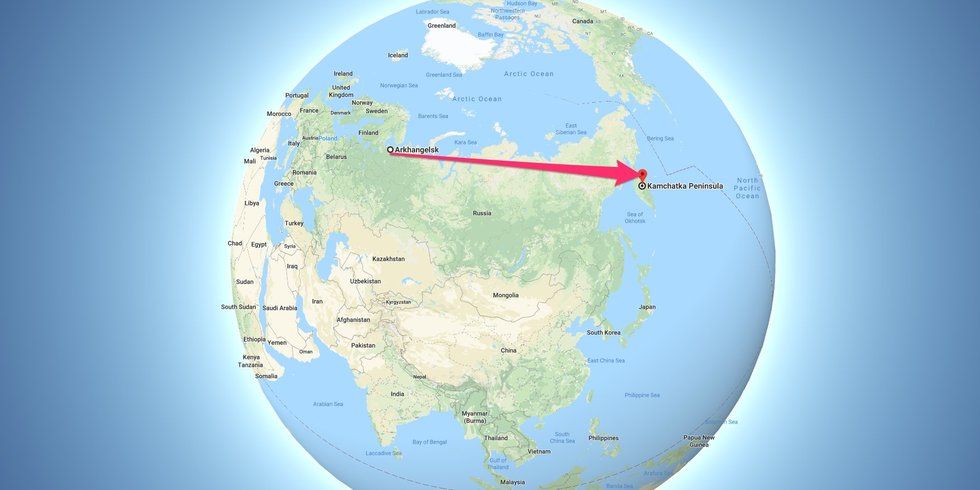 The Bulava itself is understood to have a devastating payload — 50 to 60 times more powerful than the bomb the U.S. dropped on Hiroshima.

But just because it's powerful, that doesn't mean the Russian Navy is using the missile to menace its adversaries — in fact, it's a defensive weapon.


The Bulava "forms part of Russia's strategic deterrent force; the missiles are not for use in normal combat," Duitsman told Insider. "Submarine-launched ballistic missiles, and ballistic missile submarines, deter an enemy from attacking you with nuclear weapons, because it is very difficult to find and destroy all of the submarines."

The U.S. counterparts to the Borei and Bulava — the Ohio-class submarines and Trident II missiles — are more powerful in combination than the Russian offerings.