3 ways to move past the pains of war

After Rory Hamill lost part of his leg in Afghanistan from stepping on an Improvised Explosive Device, things got much... 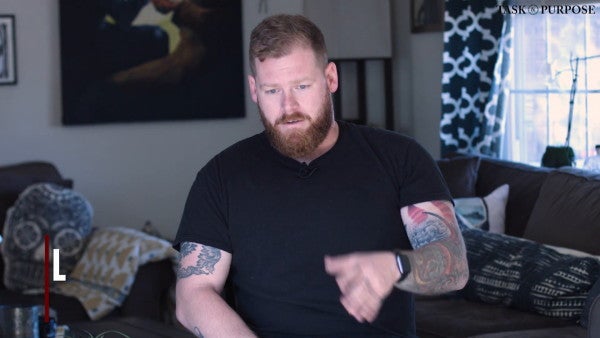 After Rory Hamill lost part of his leg in Afghanistan from stepping on an Improvised Explosive Device, things got much harder before they got better. While he may have understood some of the difficulties that were ahead with his physical recovery, the emotional and mental recovery is something no one can fully anticipate.

Hamill found himself unable to cope with the pains of war and almost took his own life. Fortunately, in what he described as a brief, half-second moment, a picture of his children popped into his head and he found strength to move forward.

Here are 3 ways Hamill has found to move past the pains of war:

Renowned psychologist Elizabeth Kubler Ross established five stages of grief: Denial, anger, bargaining, depression and acceptance. It took a lot for Hamill to move to acceptance, but he used his pain as inspiration to move forward. He hopes in telling his story he'll encourage others to realize that they're not alone. He wants people to “realize you're valuable, you're appreciated and your unique circumstances are just that,” he said.

“Once you realize you're not alone, that's where you start to heal.”

There's plenty of research out there correlating mental health and wellness with physical activity. Hamill has found fitness to be an important part of his daily routine. While certainly you get a good workout at the gym, Hamill found something even more important there: perspective.

“I go to the gym every day. It helps clear my head. I don't have to think about anything else other than focusing on lifting weights. If I had a really bad night … even if my body is completely drained, i'll go to the gym and I'll attempt to do some form of exercise to remind myself I'm still kicking, I'm still breathing, everything is ok. If I'm just sitting here feeling sorry for myself, I'm just hurting. It's not helping anyone.”

Finally, Hamill has found that participating in events that honor the fallen helps him cope. This was his first year participating in Wreaths Across America, whose mission is to “Remember. Honor. Teach.” WAA coordinates wreath­-laying ceremonies at more than 2,000 locations across the United States, at sea and abroad. Participants lay wreaths at headstones of the fallen and honor those who have gone before us. “It's a beautiful gesture,” Hamill said. “It's definitely something I appreciate, having lost countless brothers.”

If you're hurting, know that there's hope ahead. Hamill shared, “It took awhile to get here but I'm in a much, much better place now.”

This post was sponsored by Wreaths Across America. To find a wreath laying ceremony near you, visit: https://www.wreathsacrossamerica.org/.