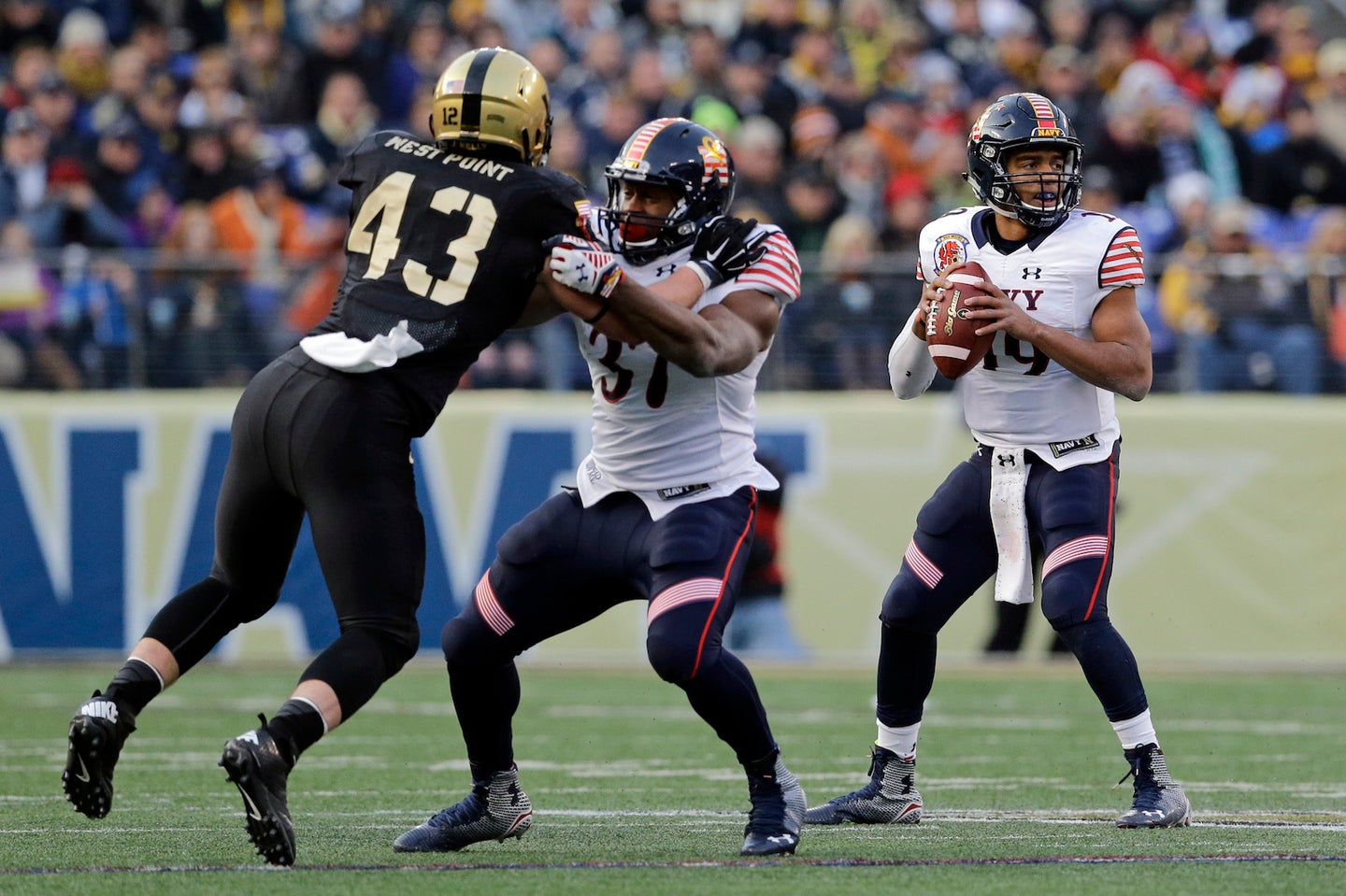 If you take a second to consider two seemingly unrelated groups — military personnel and professional athletes — you’ll notice deep-rooted similarities. Both are expected to perform at the height of their physical abilities, they’re under enormous pressure to succeed, and should they stumble or fall, the consequences can be dire.

Leaving these organizations can be even more difficult than serving in them. As a combat veteran, it’s hard to describe the camaraderie, support, and sense of purpose that the military provides to those who haven’t experienced it. Professional athletes struggle with the same issues. Whether you’re in a locker room or a foxhole, those to your left and right really are your brothers and sisters in every sense of the word.

They understand the struggles you face and the job peculiarities that someone outside your world couldn’t possibly relate to.

Every service member has at least one horror story from basic training. They’d never go back for any amount of money, but they also hold tight to that shared experience, knowing that regardless of MOS or job specialty, anyone in uniform chose to step, raise their right hand, and take the oath to support and defend. Athletes, especially in elite, tightly-knit organizations like those in the NFL or MMA, understand that common bond as well. The crucible of professional-level training camp and the associated competitiveness is hard to describe to an outsider.

Jay Glazer, a sportscaster on Fox NFL and creator of the first MMA-NFL cross-training program, took advantage of his unique place in the professional sports industry to recognize the similarities between these two cultures, understanding the struggles that athletes and warriors both face when they’re no longer in that environment. Many feel like they’ve been abandoned, helpless without the organization and support system they’ve come to depend on. For many, the shock of transition can be unbearable, as the tragic rate of veteran suicides shows all too clearly.

However, Glazer didn’t just see the problem. He decided to do something about it, and in 2016 he helped found Merging Vets and Players, or MVP.

His idea was deceptively simple: Take professional athletes, stick them in a room with a bunch of veterans, and lead them through a workout together. Nothing crazy, just enough to build familiarity with the others in the group, athletes and veterans alike. Once blood is pumping and guards are lowered, MVP staff introduce a different kind of exercise: the Huddle.

The Huddle is the secret ingredient that makes MVP successful. “Huddles” promote peer to peer support in a low-threat environment, and allow those struggling to share their stories, open up, and learn that they’re not alone in the issues they face. Their own website describes it best: “badasses building up fellow badassess.”

Altima (creator of the legendary combat boots we all happily traded our issued pairs for in Iraq), is another organization heavily embedded in the culture of the military, and the team was quick to understand that the problems service members faced often grew worse after they left the battlefield.

Eager to contribute to a solution, Altama created In Their Shoes, a campaign focused on sharing the experiences of everyday people doing extraordinary things. One of their first videos features a former Navy SEAL turned professional athlete turned country music star, sharing his personal, yet relatable struggles.

Inspired by Jay’s work with MVP, Altama chose to take their campaign to the next level, selecting him as a perfect brand ambassador and host for the military and athlete-focused series, leveraging his name-recognition and involvement in the community to bring even more awareness to the challenges veterans face after transition.

Through initiatives like MVP and In Their Shoes, Jay and Altama Footwear hope to remind the entire veteran community that even though you may struggle, you’re never alone.

This article is sponsored by Altama.