It's no surprise that anytime we hear the words “VA” and “process” in the same sentence, our initial thoughts are... 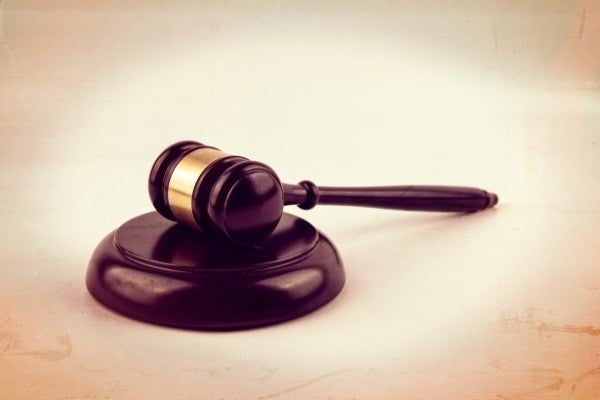 It's no surprise that anytime we hear the words “VA” and “process” in the same sentence, our initial thoughts are of skepticism. We can picture the already long wait times growing longer than the seemingly endless spools of red tape that wrap the bureaucracy up like a Christmas present.

But, we are optimists, too. Might be why we're still in Afghanistan 17 years later, but that's a whole different conversation. So, is the VA's AMA process actually going to help?

Well, first, what is it? When the VA announced their Appeals Improvement and Modernization Act of 2017 would be implemented in February 2019, the entire military community breathed a collective “finally.” The process has long been broken and in desperate need of an overhaul. Baby steps have been taken in the past, such as the “claims tracker” akin to watching the Domino's Pizza tracker. Sure, there are minor differences, like Joe puts your pizza in seven minutes after you order, and it might be seven months before anyone looks at your disability claim. But again, baby steps.

The transparency is greatly appreciated, and if nothing else, it sure beats calling that giant grey building and being transferred 19 times before Milton in the basement with his Swingline stapler tells you he can't find your file.

But what about the other, bigger changes? The AMA created a new decision review process with three Agencies of Original Jurisdiction (AOJ) lanes. The “Supplemental Claim” lane is an opportunity to submit additional evidence. In this case, the Duty to Assist applies and VA will help you gather the evidence. A new decision will be made by looking at the new evidence submitted. On average this takes around 125 days, the VA said. The “Higher-Level Review” lane allows for a new review of the claim by an experienced adjudicator. If you don't have new evidence to introduce but think a mistake was made, this is the path for you. A higher-trained AOJ reviewer will review your claim and make a new decision without adding any evidence, said the VA. This also takes around 125 days. Finally, the “Appeal” is a review by the Board of Veterans' Appeals.

So, you've picked your AOJ lane. Congrats! Now you have to pick your board docket. This is about as exciting as registering for wedding china, except with 1000x more things on the line, like your health and family's financial standing. There are three options: direct, evidence and hearing. They all sound like good choices but they mean vastly different things. Pick the direct docket if you think a mistake was made. Evidence is aptly named for a time when you have new evidence to consider, and hearing if you want a hearing before a judge.

According to the VA, in a direct docket, the Judge will review the same record and make a decision. No new evidence will be added. This takes about 365 days. That's right, Rent listeners, 525,600 minutes: how do you measure a year? In how long it takes for a direct or evidence docket. Womp. If you go the evidence docket route, you will have 90 days from your Notice of Disagreement (NOD) to submit new evidence.

The Judge will make a decision considering the evidence you provided, said the VA. And if your claim goes the hearing docket route, according to the VA you will be placed on a list for a hearing before a Judge by video conference (or in DC). After your hearing, you will have 90 days to submit new evidence. The Judge will make a decision considering the hearing and the evidence you provided. How long does that take? Well, according to the VA, it's based on availability. Currently the Board has 98 Judges. There are approximately 67,000 Veterans waiting for hearings. So, there's that.

Will these changes actually help? We hope the transparency into the process will, but we're calling it “too soon to tell” on the new system. But, regardless of what processes or procedures the VA implements, you do have the right to appeal and to have your appeal heard. And when the system fails you, which can happen, you do have the right to an attorney. John Berry, Sr., acclaimed attorney and founder of Berry Law is a Vietnam Veteran and Bronze Star recipient. His son, John Berry Jr., served as a company commander in Iraq during Operation Iraqi Freedom and as a platoon leader in Operation Joint Forge in Bosnia.

From their website: “Too often the U.S. Department of Veterans Affairs (VA) denies claims because it misses the link between a veteran's current disability and past military service. We work with you to gather and present the evidence and legal arguments needed for the VA to make the correct decision.” One of their areas of expertise is in helping veterans file appeals. This is one battle you don't have to face alone. Contact Berry Law Firm today if you need help appealing your rating decision.