Near Indian Springs in Clark County Nevada, Creech Air Force Base is home to the 432d Wing, and the MQ-1 … Continued 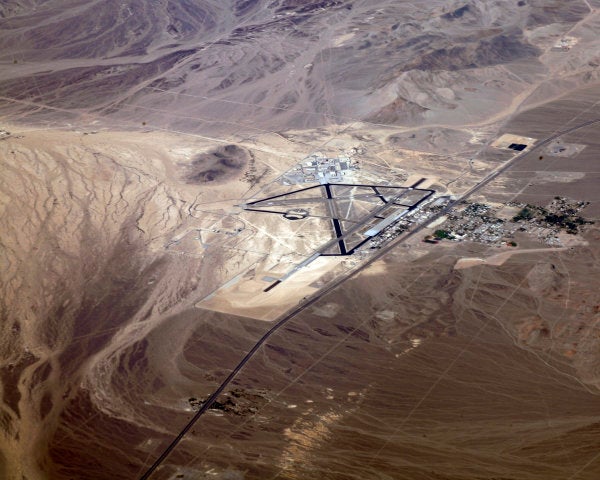 Near Indian Springs in Clark County Nevada, Creech Air Force Base is home to the 432d Wing, and the MQ-1 Predator and MQ-9 Reaper remotely piloted aircraft systems. Up until the mid-2000s, Creech was known as the Indian Springs Air Force Auxiliary Field. It was officially named Creech Air Force Base in June of 2005 in honor of Gen. Wilbur L. “Bill” Creech, the commander of Tactical Air Command from 1978 to 1984.

WHERE IS CREECH AIR FORCE BASE?

When you hear Creech AFB, most people think, “Great! We’re PCSing to Las Vegas!” While it is some 35 miles northwest of Sin City, it feels like a world away. Nellis AFB is 45 miles to the southeast.

There is no on-base housing at Creech AFB. The town of Indian Springs which is outside the gates at Creech has a population of just 1,100. Certainly, housing is priced very reasonable, but many prefer a decent commute over “living in the middle of nowhere.”

The closest housing on an installation is offered at Nellis AFB some 45 miles away. Nellis housing is privatized and operated by Hunt Military Communities which offers several communities with ranch-style single-family homes and detached duplexes which are pet-friendly and in gated communities. Many who are assigned to Creech AFB choose to live on-base at Nellis to be near “civilization.”

Most who choose to live on Nellis AFB take advantage of the base-to-base shuttle which is a two-hour round trip commute between Nellis and Creech. FedVan, a veteran-owned company provides free commuting options for service members at Creech Air Force Base. The company was founded out of a need to reduce commuting costs for Airmen at Creech,” Desert conditions are hard on vehicles, and the price of gas can become a real financial strain.

The Centennial area of northwest Las Vegas is popular with military families as is Parkside Estates and the Providence.PCSgrades members say the neighborhoods are clean and safe with great play areas and good schools. The commute, which is just over 30 minutes, is also “not bad.”

Have you ever lived in Southern Nevada? Let other Military Families know which are the best neighborhoods!

It is the desert, so suffice it to say, it is dry! The summers are sweltering, and the winters are mild. The cold season lasts from late November through late February with average temperatures falling between 28°F and 62°F. The hot season runs from early June through mid-September with average daily highs in the low 90°s.

Clark County in southern Nevada, home to Las Vegas, is about the size of New Jersey. It is the 14th-largest county in the United States and is home to more than 151,000 veterans and over 29,000 retirees.

The overall cost of living for Las Vegas is 3% higher than the national average, but home prices tend to be reasonable. The cost of living for the areas surrounding Creech AFB and Nellis AFB tends to be slightly below the US average.

There is a rental or purchased property to fit every BAH. Median rent is $1,155. The median home cost is $264,300. Need to find a REALTOR® in the Las Vegas area? Your fellow military and veteran community has reviewed them for you at PCSgrades.com.

What Creech doesn’t have, namely a hospital and commissary, can be found at Nellis AFB. The Nellis AFB hospital is a full accommodation facility. Due to a large veteran community in Las Vegas, the hospital offers a wide variety of services. There are two pharmacies on base; one located in the hospital and a satellite pharmacy on Main base. There is also a commissary and a community center on-base at Nellis.

You are in the desert at Creech AFB so you can expect to see a lot of geckos and lizards along the many local walking paths. Hummingbirds are also plentiful.

Hikers and campers will enjoy being stationed in southern Nevada. Indian Springs has four local trails which range from 1 to 14 miles in length. The longest trail is at the Desert National Wildlife Range. Hayford Peak is a popular trail measuring 14 miles in total length.

Visiting the iconic Las Vegas neon sign is a must while stationed here. Also, plan to stop by the Neon Museum for a scenic tour of all the neon signs that once decorated the strip. Warning, this is an outdoor tour.

The obvious local attraction is undoubtedly the city of Las Vegas. Almost every visitor you host while stationed here will want to experience Sin City. But there are many places to see outside of the strip.

The town of Henderson just south of Las Vegas is home to one of the state’s largest recreation facilities, the Henderson Multi-generational Center, the state’s only scenic bird preserve and the Henderson Pavilion, which is the largest outdoor amphitheater in Nevada.

The Grand Canyon is about 6.5 hours from Creech AFB. There is a Grand Canyon West Rim and Hoover Dam Tour from Las Vegas with optional sky walk for about $140 per person. There are many day tours to, in, and around the Grand Canyon depending on your budget.

The Hoover Dam, just under two hours from Creech AFB, sits on the Colorado River which runs through Lake Mead. Lake Mead offers biking, boating, fishing, hunting, educational classes “parks as classrooms,” wildlife, marinas, canoeing, kayaking, camping and resorts if you are more of a “glamper.”