Your Joint Base Charleston Area Guide 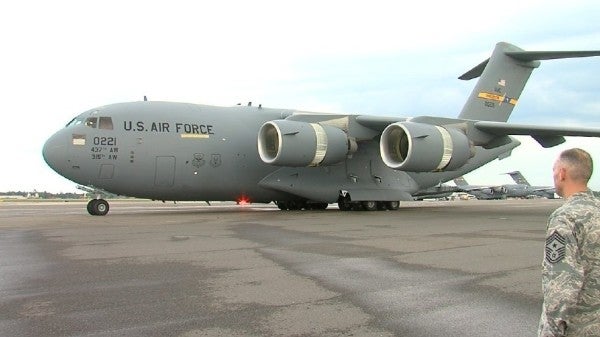 What exactly does that mean? Coastal Carolina features beautiful beaches, saltwater marshes, southern plantations and a history rich with pirates. One of 12 Department of Defense joint bases, Joint Base Charleston, hosts more than 60 DOD and federal agencies. The total force of over 90,000 Airmen, Sailors, Soldiers, Marines, Coast Guardsmen, civilians, dependents, and retirees is spread across four installations. JB Charleston is home to the 628th Air Base Wing (628 ABW), the host wing for installation support. The air base has four operational groups consisting of 21 squadrons and two wing staff directorates. Below we will dive into the Charleston area and then you can find your perfect neighborhood at PCSgrades.com.

WHERE IS JOINT BASE CHARLESTON?

Joint Base Charleston is 10 miles from downtown Charleston in North Charleston and shares runways with Charleston International Airport. Shared runways for commercial airlines operations are located on the south side of the airfield and general aviation aircraft operations is on the east side

This part of South Carolina, Charleston and surrounding areas, has also become an attractive home for military retirees due in large part to the reasonable cost of living.

There are no on-base schools for Joint Base Charleston. Three local school districts serve the area; Charleston (CCSD), Dorchester District 2 (DD2), and Berkeley (BCSD) County school districts are all within the commuting area. Where you live, both on-base or off, determines what school your child will attend.

The cost of living in the Charleston area is slightly higher than the national average. The median home price in the area is $307,100. The average rent for a two-bedroom condo or apartment is $1,466. Need to find a Realtor in the area? Your fellow mil-fams have recommended a few here.

Charleston’s unemployment rate tends to run lower than the national rate. The healthcare industry is vibrant with several clinics, hospices, home care services, outpatient care centers, and hospitals including a teaching hospital. The Boeing Company is one of the larger employers in the area and tourism is very strong locally.

Steamy is how many newcomers describe the local weather in Charleston SC. Storms moving inland from the Atlantic Ocean, the Gulf of Mexico and the Caribbean Sea can bring a lot of rainfall. Couple the moisture with temperatures well into the ’90s and you end up with a warm, steamy lowcountry.

The average summer rainfall is 15.66 inches June through August. Hurricane season runs June through October. Winters tend to be on the mild side with the temperatures rarely falling below 30 degrees. Snow is rare along this section of the coast.

The state of South Carolina is very susceptible to hurricanes and tropical storms. Hurricane storm surge is the biggest threat to life and property, but heavy rainfall, high winds, tornadoes, and inland flooding typically accompany these storms. It is a good idea to make a hurricane plan in advance, especially if you are not used to living in a hurricane-prone area.

Coastal Carolina is a very flat area, close to sea level, with lazy rivers, streams, wetlands, and swamps which are frequently at risk of flooding. Heavy rains can cause rivers and streams to overflow during a tropical storm or hurricane.

There is a lot of history in downtown Charleston, and visitors enjoy the many historic homes to include: Magnolia Plantation & Gardens, the Nathaniel Russell House and Drayton Hall.

More than 40 percent of all African slaves coming to this country arrived through the port of Charleston. The Old Slave Mart on Chalmers Street is the only slave auction hall still standing in the city. The city banned the practice of selling/buying slaves on city streets in 1856 ending this dark chapter in Charleston history. Nearly thirty years ago, the site was restored and now houses the Old Slave Mart Museum and has a market for vendors to sell local items.

THINGS TO DO IN CHARLESTON SC

Outdoor life is a high priority in coastal Carolina with all sorts of activities to include: birding, fishing, swimming, boating, golfing, tennis, hiking and team sports.

The tourism industry also means there is plenty of shopping, dining, nightlife, and local events and festivals. Sandy beaches are another benefit to living in this warm weather city. Isle of Palms and Folly Beach are ideal for a day of swimming and sunbathing and golf!

The U.S.S. Yorktown aircraft carrier is a short drive away in Mount Pleasant, SC. You can self-tour, do an audio guided tour, or come at night for a spooky ghost tour! The flight deck, Hanger Bay level, and quarters are all open to be viewed and have wheelchair access. This ship is nicknamed “The Fighting Lady” and saw action in the Battle of the Philippine Sea and Iwo Jima. After WWII, the ship was used in the Vietnam War and in the recovery of NASA’s Apollo 8’s crew. Insider tip for the history buff, buy a discounted ticket here when you couple it up with a tour to Fort Sumter.

Fort Sumter National Monument is the birthplace of the Civil War. Confederate troops fired the first shots of the war in April 1861. The site is only accessible by boat which a fun adventure in itself. You will see cannons, live reenactments, and explore the entire island and all of its brick and mortar attractions.

Families stationed in Charleston can visit the H.L. Hunley Submarine. The Hunley became the first successful combat submarine in world history with the sinking of the USS Housatonic in 1862. The submarine and it’s 5 crew members disappeared after the mission but were later discovered at the bottom of the ocean in 1995. The crew’s bones were still at their posts and they all received Medal of Honor for their mission. It’s a very educational tour and includes a life-size replica of the original submarine that you can climb in.

Bird Watching is a huge pastime locally with at least 15 species of seabirds. Crab Bank in Charleston Harbor is the chosen spot for seabirds to lay their eggs. Though you can’t go ashore on the small island during nesting season (March 15-October 15), you can bird watch from the water.

PICNIC UNDER A TREE

The Angel Oak tree, located in Angel Oak Park on Johns Island is estimated to be nearly 500 years old. It stands 66.5 feet tall and measures 28 feet in circumference. The shade produced by the giant oak covers 17,200 square feet.