Your Joint Base Langley-Eustis Area Guide

So you are headed to Joint Base Langley-Eustis! The Hampton Roads area, often called “military-centric”, is the birthplace of Colonial … Continued 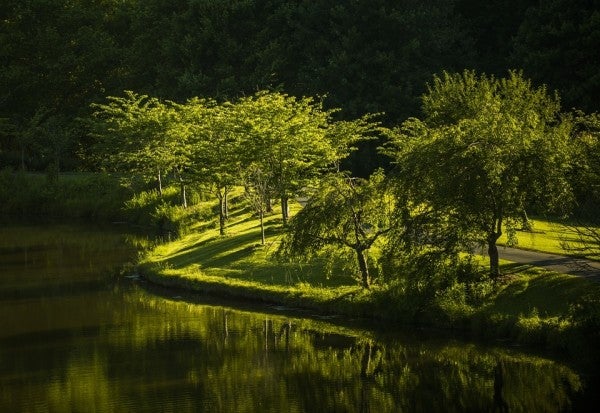 So you are headed to Joint Base Langley-Eustis! The Hampton Roads area, often called “military-centric”, is the birthplace of Colonial America. It has the largest concentration of military installations of any metro area in the world. Nearly a fourth of the nation’s active-duty military personnel are stationed here. All five military services’ operating forces are here, as well as several major command headquarters.

Here are some of the things you need to know before relocating to Joint Base Langley-Eustis, a unique region, full of history and culture!

The Virginia Beach–Norfolk–Hampton-Newport News area has a population of over 1.7 million, making it the 37th-largest metropolitan area in the U. S.. Hampton Roads is made up of the cities of Newport News, Hampton, Norfolk, Virginia Beach, and Chesapeake.

In addition to the large military presence, Hampton Roads is also known for its ice-free harbor, shipyards, coal piers, and miles of waterfront property and beaches. The body of water in Hampton Roads is one of the world’s largest natural harbors.

WHERE IS LANGLEY AFB IN VIRGINIA?

Located in Newport News and Hampton, Joint Base Langley-Eustis is comprised of two groups that provide installation support to more than 9,000 military and civilian personnel including Headquarters Air Combat Command and three operational wings. Although JBLE is a joint base, it is not contiguous. There are 17 miles of interstate between the two installations. Langley AFB is located in Hampton while Ft. Eustis is in Newport News. JBLE serves a large population made up of over 145,000 active duty, guard and reserve, family members, civilians, contractors, and retirees.

There are many great neighborhoods within a 10-15 minute drive from Langley. Nearby cities include Yorktown, Williamsburg, Hampton, Newport News, and Poquoson. If you work with a PCSgrades reviewed Realtor, you’ll find there is a rental or mortgage to fit every BAH.

There are no DOD schools at Langley, but there are two school systems serving the base. Residents of Langley AFB housing on Main Base attend Hampton City Schools. One elementary, one middle school, and one high school serve as primary feeder schools

Springtime brings thunderstorms that produce gusty winds, hail, and occasionally, tornadoes. Temperatures rise to an average 57.5 degrees during March, April, and May. Summers are often described as hot and humid while the fall brings welcome relief with temps in the mid 60’s. Snowfall over the winter months averages 7.1 inches each year with the average temperature in the mid-forties.

The median sales price for homes in Newport News is $165,000. Virginia general sales tax is 4% higher than the national average and the Virginia state income tax is 10% lower than the national average. So, depending on where you are PCSing from will determine if the cost of living seems reasonable to you. Moving to Hampton Roads from the Washington D. C. area might mean the cost living seems very reasonable to you. Moving from Altus AFB in Oklahoma, not so much.

Driving around the area is sometimes complicated by all the water which means bridges and tunnels. The Hampton Roads Bridge-Tunnel built in 1957 was the first bridge-tunnel complex in the world. It was followed by the area’s much longer Chesapeake Bay Bridge–Tunnel six years later. The prevalence of bridge-tunnels in the area is due to the number of shipbuilding and naval bases in the area. Region-specific information and tools to help you make the most of your commute can be found at VDOT.

There are two public transport ferries to include a passenger ferry operated on the Elizabeth River between Norfolk and Portsmouth. The Jamestown Ferry is an automobile ferry system on the James River connecting Jamestown in James City County with Scotland in Surry County.

There are over 230 wineries in the state of Virginia including several wineries on the Lower Peninsula.

Need to get away from Langley AFB housing for a day? Consider these great day trips from coastal Virginia. Additionally, Hampton Roads has extensive natural areas, including 26 miles of Atlantic Ocean and Chesapeake Bay beaches, wildlife refuges, scenic rivers, state parks, as well as botanical gardens.

Take a trip into the past at Colonial Williamsburg and the Jamestown Settlement. You can also interact with colonists as you walk the historically accurate Duke of Gloucester Street.

Virginia Beach is the largest city in Hampton Roads. It features a beach, boardwalk, a live music venue, the Sportsplex, museums, parks and a variety of shops and restaurants.

Most famous as the site of the surrender of General Cornwallis to George Washington during the Revolutionary War. History is kept alive through patriotic events and festivals throughout the year.

Located in historic Yorktown, this 3-acre beachfront features a fishing pier with no entry fee, no requirement for a fishing license and a 10-acre grass picnic area. Rentals include kayaks, paddleboards, and bikes. Shower facilities are open all summer. Next to the beach is Riverwalk Landing, a mile-long shopping and entertainment area. Tall ships and traditional sailing ships with the huge masts from countries around the world are often seen sailing on the York River.

The Yorktown Battlefield is the site of the last major battle of the American Revolutionary War. Park Rangers lead guided walking tours of the battlefield and the 18th-century town. You can drive through the battlefield and visit the Moore House, scene of surrender negotiations; and Surrender Field, among other sites.