If your new orders say ‘MCAS Beaufort’ you are in luck! The city of Beaufort is located on Port Royal … Continued 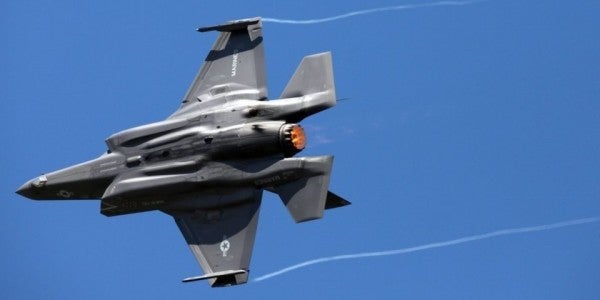 If your new orders say ‘MCAS Beaufort’ you are in luck! The city of Beaufort is located on Port Royal Island, in the heart of the Sea Islands and South Carolina Lowcountry. Additionally, it is the second-oldest city in South Carolina, behind Charleston and is known for antebellum architecture and beautiful, scenic locations.

WHERE IS MCAS BEAUFORT?

Marine Corps Air Station Beaufort, also known as “Fightertown East,” is three miles northwest of downtown Beaufort. It is home to five Marine Corps F/A-18 Hornet fighter-attack squadrons and one F-35B Fleet Replacement Squadron. Three versions of the F/A-18 Hornet are found aboard MCAS Beaufort, the F/A-18A and C Hornet and the F/A-18D Hornet assigned to Marine Aircraft Group-31. The F-35B squadron is the only location in the world where pilots train to fly the F-35B. This squadron also trains the United Kingdom’s F-35B pilots and maintainers.

The Laurel Bay gated community offers a wide variety of amenities for all ages to enjoy to include: tennis courts, fitness center, Child Development Centers, pools, and playgrounds. Located 3 miles from Beaufort base, Laurel Bay offers two, three and four bedroom single family and duplex style homes available for all ranks. A brand new community center with a pool and 24-hour fitness center is a favorite among tenants.

Military housing at the Naval Hospital in Beaufort is located between Port Royal and downtown Beaufort. The homes at Hospital Point are renovated with screened-in porches and waterfront views.

There are a variety of housing choices including apartments, townhouses, and single-family homes for those who prefer to live off-base. New construction is available as well as homes full of local, historic charm.

The cost of living along coastal South Carolina is pretty reasonable with most military families able to stretch their BAH to cover expenses. Median home prices in Beaufort is $210,400. Home values have gone up 7.9% over the past year. Real estate experts predict home values will continue to rise another 1.4% this year.

Waterfront views can be had from the Officer’s Club and the Log Cabin. The Log Cabin is the perfect combination of country style and natural grace. This venue is great for intimate events including family reunions, unit functions, and rehearsal dinners.

Summers are hot and oppressive running from May through September. Winters are relatively short, cold, and windy.

The Beaufort area was a staging area for both Confederate and Union troops during the Civil War. Civil War era antebellum homes and elegant plantation homes still line Bay Street overlooking the Beaufort River. Those who love history will enjoy their time here. The Beaufort Arsenal, home of the Beaufort Volunteer Artillery, was constructed in 1798. After the Civil War, the Arsenal became a place for hosting social events as well as military ceremonies. Horse-drawn carriage rides offer another opportunity to learn about the history of Beaufort.

One of the most recognizable and most beloved landmarks in the Beaufort area is the historic Hunting Island Lighthouse. Additionally, it is the only lighthouse in the state where you can climb all the way to the top.

In the Lowcountry of South Carolina, shrimp and grits is a favored southern dish and can be found at pretty much any oneof Beaufort’s local restaurants. Lowcountry Produce offers a southern breakfast and lunch menu and has a great selection of handmade jams, pickled goodies, fresh produce, and even local art. The Chocolate Tree, a local store, does an all-you-can-eat night once a year in the summer. Locals say it’s an event not to be missed!

Several big-name movies were filmed in and around Beaufort. Those films include The Prince of Tides, The Big Chill, Forrest Gump, and The Great Santini. A Hollywood Movie Site guide is available at the Beaufort Visitor’s Center.

The Henry C. Chambers Waterfront Park offers shopping, art galleries, and lots of dining options. This park is also the site for many of Beaufort’s annual festivals and events. Some of the larger events include, the Beaufort Shrimp Festival, A Taste of Beaufort, and the Beaufort Water Festival.

The city of Charleston is 65 miles away, taking a little over an hour by car. Hilton Head Island is a 33-mile drive and takes about 45 minutes.