Enough With The Outrage, It’s Time For Action

In an age of looming government shutdowns, defunding of health programs, and less than 5% of the living population of … Continued 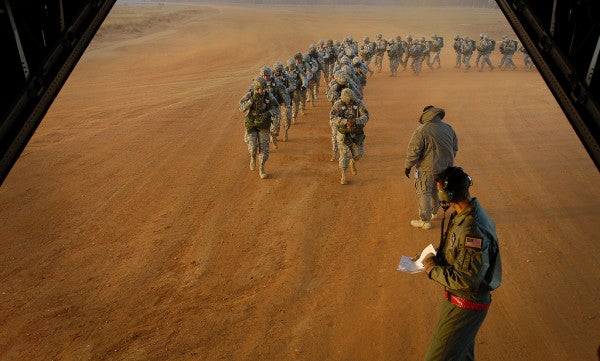 In an age of looming government shutdowns, defunding of health programs, and less than 5% of the living population of the United States knowing what it is like to live in a declared war zone as a member of the armed forces, Congress’ decision to drop burn pit exposure from the Pentagon research list shouldn’t come as a surprise. Speaking as someone who sat 10 feet from burning medical waste for hours on end just to leave the gate on convoys and now has a host of weird maladies, the cancellation of Pentagon research into burn pit exposure is aggravating, disappointing, and potentially deadly.

But it isn’t surprising.

And the veteran reaction to the news was also not surprising — anger, outrage, general disdain, and calls for the country to take care of its military. Some call the burn pits the Agent Orange of our generation of veterans. Without proper research, we won’t understand the full effects until it is too late for many of us to receive treatment. All of this is true.

But we have to step back for a moment. There is reality to deal with, and that reality is bound by money. I would love to get through a year without hearing the word “sequester,” wouldn’t you? How about “lights about to go off in Washington?” The reality is the military, and our continued care, is a very expensive deal for a very small part of the population. We can “storm the Hill” all we like, but we don’t have the numbers like those affected by programs such as Social Security, the Affordable Care Act, climate change research, and so forth. According to Congress, the Department of Veterans Affairs is limited in the amount of research programs that can be funded this coming year. Burn pits can easily get sidelined for traumatic brain injuries, mental health issues, or prosthetic development research. Really, I don’t envy them for having to make those decisions. How would you choose?

We can’t get all the money and we can’t split the money we have into researching everything effectively. So there isn’t much we can do.

Well, not much we can do federally. There’s still a lot we can do for each other.

Between veterans, our families, our friends, and the supporting community, we are a force to be reckoned with, even if we don’t always have the power to move dollars around Capitol Hill. If we channel our outrage into productivity, we might actually be able to change the entire landscape.

Let’s look at the current problem of burn pit research. It isn’t getting federal funding, case is closed, Congress is in recess, try again next year. So we complain for a day on social media, and then what? What are our options?

I don’t know, so I ask the question of my network: Who else is studying the medical effects of burn pits?

If the answer is no one, maybe if we ask enough of the right people it can be a spark to some of the researchers out there, such as the veteran-focused university medical research programs at New York University’s Langone or Cornell University’s Weill-Cornell Medicine, or perhaps private foundations such as the Intrepid Foundation, to start something new. They have great funding avenues for new innovations and can pull in outside funding that might have wider applications, appealing to a larger audience. It’s a win-win for research. The world would change as a result of the veteran community uniting with the civilian community to make something happen for the greater good.

Or maybe it already exists and someone can tell me about it and I can get my name on a list next time I start coughing up a lung. Surely, if it exists, someone I know knows someone who knows something, right? So let’s say I find out, and then what do I do? I share it with everyone else in my network because what’s important here is getting this research funded and completed and on to treatment options for the whole. And if all of us did this, we each asked the question until one of us found an answer and then shared it with the others, we could save each others’ lives as well as potentially our own.

So am I annoyed at this defunding of research into what might have the largest scale of negative medical effects in my generation of veterans? Absolutely. But I’m going to do something about it. I’m asking questions, and prodding my network into asking the same. I’ve asked that network to ask their network, and to share any reviews of programs on my website for veteran and community resources. It’s called www.pathfinder.vet, and we are using it to start filtering the information for each other and reach a nationwide audience with ratings of quality and impact, not just who spends what where.

And one by one, I’ve watched it happen. We are starting to police up each other and our community. We have stopped waiting for someone to hand us an answer and started looking for it for ourselves, and most importantly, we are sharing it with one another; those who make up and the modern generation of veterans, family, and supporters.

How long we are going to have federal funding for programs is constantly in question, but how long we are going to look out for our own community never is. We don’t need to storm the hill; we need to storm the country, find the resources, and fix this problem ourselves by sharing and supporting the best resources — whether they are government programs or not. Outrage isn’t enough and it isn’t effective anymore, but our network has immense power.

If you know something out there about burn pits, or mental health, or just the best group for getting together with fellow vets and supporters to catch a drink and relax, share it. The rest of us want to know so maybe we can come buy you that drink.