On July 7, the Veterans Health Administration released new data about veterans’ suicides, based upon examination of over 55 million... 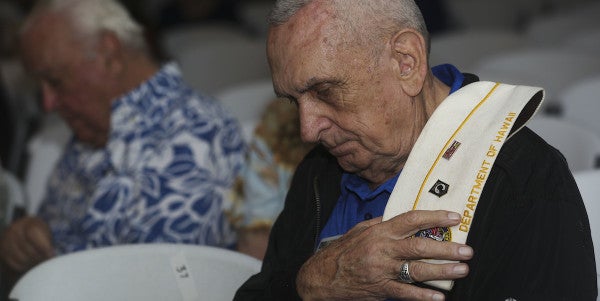 On July 7, the Veterans Health Administration released new data about veterans’ suicides, based upon examination of over 55 million veteran records from 1979 to 2014 from every state in the nation and U.S. territories. While much of the buzz around veteran suicide has focused on veterans emerging out of the wars in Iraq and Afghanistan, this new report showed that 65% of all veterans who died from suicide in 2014 were 50 years of age or older. In fact, 45% of veteran suicides in 2014 were aged 60 and older.

These are deeply disturbing statistics, especially for those of us in the Vietnam cohort. As the executive director of the Veterans Health Council at Vietnam Veterans of America, veteran suicide is one of my professional and personal interests ever since losing a team member to suicide while on a mission together in northern I Corps Vietnam.

While the new data certainly evokes deep personal emotions for me, the reality of those numbers is that our Vietnam vets still constitute the great majority of veteran suicides. But we knew that six years ago from the VA’s 2010 suicide report where it showed that 73% of veteran suicides occurred in the cohort aged 50 and older, even with a smaller-sized sample of data from only 20 states. Why have so many of us been taking our lives?

Some say that it’s because Vietnam veterans are just getting older and suicides are increasing among older Americans. But they miss the fact that since 2001, even as U.S. adult civilian suicides have increased 23%, veteran suicides have risen 32% during the same period. So let’s not fool ourselves with an easy answer.

Hundreds of millions of dollars have been expended by the VA, DoD, by private foundations, research institutions, universities and other agencies, all trying to gain insights into veteran suicide, but I know of none that focuses exclusively on our aging veterans. Why not? If we can’t discover the “why” for Vietnam veterans, how will America be able to help the younger generation?

After more than a decade of advocating on this issue, I hope the new VA data will direct more focus by everyone to the very serious problem of Vietnam veteran suicides. Until all Americans realize this and act upon it with a coordinated effort, there is absolutely no doubt that this country will remain in the midst of a public health crisis with veteran suicide.