In 2014, buckets full of ice water set the internet on fire. People were challenged to dump a bucket of … Continued 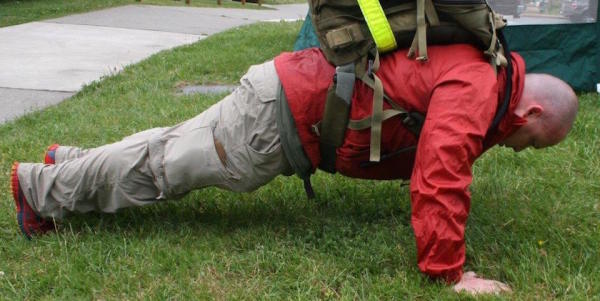 In 2014, buckets full of ice water set the internet on fire. People were challenged to dump a bucket of ice water over their heads, post the video to social media, then challenge others to do the same in order to help those with Amyotrophic Lateral Sclerosis, or ALS, often known by its older name, Lou Gehrig’s Disease. The campaign was tailor-made to take advantage of the viral nature of the web.

The results speak for themselves. The ALS Association’s fundraising went from $23.5 million in 2013 to $115 million in 2014. That’s because in addition to just tossing ice water over their heads, those who took the ice bucket challenge also pledged to donate to the ALS Association. The campaign asked more in its challenge than just making compelling social media videos. It concentrated on results, not awareness or education.

After months of social media saturation, do people really know more about ALS? Do they know the warning signs? No, and there’s really no reason they should. ALS is astonishingly rare. Most people still don’t know much about it other than that some old-timey baseball player had it and that it makes Stephen Hawking speak through a computer.

Education had nothing to do with the Ice Bucket Challenge’s success. And that’s fine. The money raised has helped make significant progress in the battle against ALS and led to the isolation of one of the genes responsible for that terrible illness.

This year, a charity called 22KILL blew up the internet with the 22 Pushups Challenge. 22KILL is a new charity started in July 2015, unrated by organizations such as Charity Navigator, Give.org, or Charity Watch. That’s not to say it isn’t a great charity, but it’s still in its infancy. In its mission statement, the organization states it “works to raise awareness to the suicide epidemic that is plaguing our country, and educate the public on mental health issues such as PTS.”

22KILL charges people to complete 22 pushups a day for 22 days and post video of it to social media under the hashtag “#22KILL” — which has since evolved into new hashtags such as #22PushUpChallenge and #22pushups — in order to bring awareness to the issue of veteran suicide. The 22 pushups and 22 days represent the 22 veterans lost daily to suicide. While that statistic is not accurate, the cause of preventing veteran suicide is undeniably worthy.

The main problem with this is not the cause, it’s the tactic. As military veterans know, intelligence doesn’t exist just so the military can learn about an enemy. Intelligence exists to enable the military to defeat an enemy.

Likewise, awareness doesn’t do much. You can know a problem exists. That doesn’t mean you are any closer to solving the problem. There are a lot of diseases and societal issues with different color ribbons and special days for awareness, but not a lot of solutions. Veterans dying by suicide has been all over the news since the Department of Veterans Affairs scandal broke in April 2014.

Some might say that awareness of veteran suicide might help prevent more suicides. How? How many hashtags and social media posts identify warning signs to look for in friends and coworkers? How many identify resources for veterans in distress to seek help? How many explain that the latest report found of the 20 veterans a day who died by suicide in 2014, 65% of them were 50 years of age or older?

In fact, the 22 Pushups Challenge may have actually hindered solving the problem of veteran suicide. If people think they’ve done their part to help by just posting to social media and don’t follow up with actually doing something to help veterans, then an opportunity to achieve real change has been squandered. Awareness is nice, but action is essential.

Veterans die by suicide for a variety of reasons, but it’s unlikely any of them were suffering from a lack of PT on the part of their brothers and sisters in arms. What they are suffering from is something else. Lack of counseling, lack of veterans services, and lack of money are what is killing these veterans, not a lack of pushups.

The 22 Pushups Challenge asked too little of its target audience. It could have done far more. Almost every veteran has been touched by suicide in some way. Even the general public would have stepped up. People want to help — witness celebrities like Chris Pratt and Dwayne Johnson participating. If the 22 pushups a day were used to inspire even just $22 of donations or 22 hours of volunteering per person, that would have helped actually prevent suicides.

More traditional veterans charities like Disabled American Veterans and AMVETS make a difference every day. They directly provide veterans’ services as well as help ensure veterans get the services they deserve from the VA. While they don’t do glamorous work, they are the ones in the trenches helping veterans one on one. They certainly could have used some of the publicity and funding that the 22 Pushups Challenge might have brought, had it been better designed.

Everyone who did the 22 Pushups Challenge did it with the best of intentions. Where the challenge comes up short is in not asking more of participants than making a video. Making a video of yourself doing pushups is a way to feel good for making an effort, but it’s not the best way to make a difference in veterans’ lives.

#22KILL could have been a bonanza for any number of worthy veterans’ charities. Instead, it’s made for a great media campaign, but not much in the way of results.

I salute those who took up the 22 Pushups Challenge for trying to help, but challenge everyone to do more. Give, volunteer, or just call a brother or sister who you know is in trouble. Just don’t think that social media posts are the solution to the problem.