There’s an interesting story centered around the 4th of July and our nation’s veterans of Iraq and Afghanistan — that... 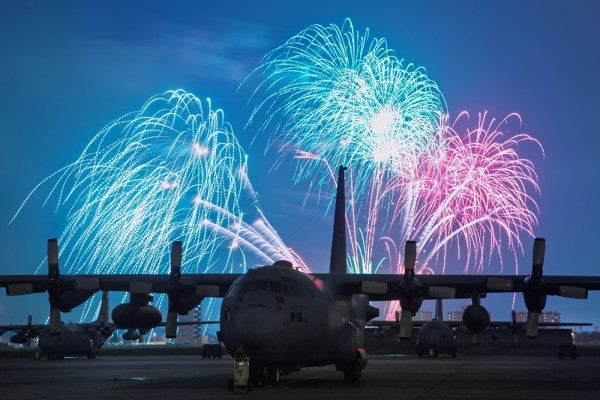 There’s an interesting story centered around the 4th of July and our nation’s veterans of Iraq and Afghanistan — that Americans celebrating Independence Day should be wary of any neighbors who are combat veterans, less their fireworks trigger that veteran’s post-traumatic stress.

On its face, it’s a compelling question. The idea that celebrating your patriotism causes harm to the very men and women who fought for this country evokes a grave sense of injustice. But the negative stereotypes this creates about veterans is far more damaging.

This seems to have first arisen in 2014 with a story about John Dykes, a four-time combat veteran who created a sign to display on his yard, asking his neighbors not to set off fireworks.

Following Dykes’ lead, a group calling itself “Military with PTSD” began creating the signs and giving them to veterans and supporters, in exchange for a donation, according to the Washington Post.

I have no doubt that Dykes’ struggle with post-traumatic stress is only exacerbated by the noises made by fireworks. There is a danger, however, in engaging with your neighbors via a sign because it divides you as a combat veteran, from everyday Americans who want to enjoy a national holiday.

The sentiment is that the military and veterans’ community comes from all over the country, cutting across racial, sociological, economic backgrounds. In the military, people have vastly different experiences; even shared experiences are processed and handled differently.

Indeed, a Marine at Camp Lejeune, North Carolina, noted on Twitter that he returned to the barracks to find many of his fellow Marines setting off fireworks. There will be fireworks displays on military bases across the country this weekend, enjoyed by men and women who have experienced combat deployments. Lumping together all combat veterans with individual experiences of trauma is asinine. And it’s damaging.

And yet, now we have stories blasted across the internet, from CNN to the Blaze, and on several local publications, telling people that if they set off fireworks for the 4th, they’re going to harm veterans. Stories like these propagate the stereotype that every veteran has post-traumatic stress and that we need to be handled with kid-gloves. The damage of these stereotypes is real. It resonates in bars and college campuses, in job interviews and relationships across America.

Rather than post a sign that says ‘combat veteran lives here,” why not engage your neighbors? That was the point made by the author of the previously cited Washington Post piece, Thomas Gibbons-Neff, himself a Marine combat veteran, in an interaction with me on Twitter. He added that signs like Dykes’ allude to gaps instead of bridging them.

Have conversations with people about your experiences and your struggles. The division between the veteran and civilian population extends far beyond fireworks on the 4th of July; that division begs more seriousness, more comprehensiveness than a sign.