Recent articles have proclaimed the oasis of modern veteran service to be millennial organizations. These organizations may offer grassroots support... 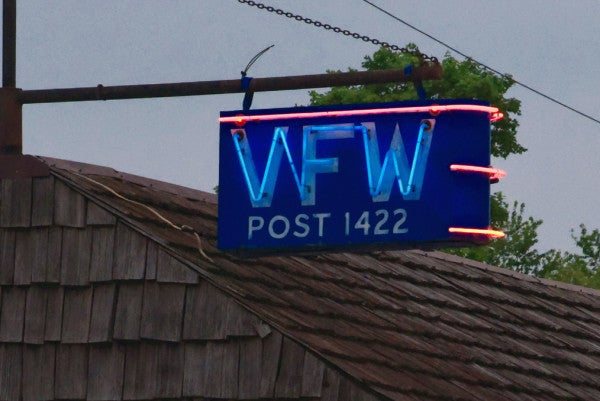 Recent articles have proclaimed the oasis of modern veteran service to be millennial organizations. These organizations may offer grassroots support to Iraq and Afghanistan veterans; however, as a recent Army veteran, I found many did not reply when I asked to join or volunteer my services. More importantly, they do not have nearly a century of successful legislative efforts defending veterans’ rights in this nation.

The Veterans of Foreign Wars is an organization operating under congressional charter, recognized for its service in combat against the nation's enemies, and will always fight for current service members and veterans. Join any of the secondary veteran service organizations you like, but these should not be in place of the VFW. We are already sitting at the table in Capitol Hill. However, if the modern veteran lets the VFW guidon fall, the encroachment on benefits will continue. Yes, modernization needs to happen within the organization, that can only come from our generation of leaders, those who have walked away discouraged and disillusioned. Not all posts are the same, and the VFW is ours to change.

The VFW as a whole is also working to improve some of its outdated policies. The national charter was recently changed to remove gender bias, a move long overdue. However, further progress requires more modern-era veterans within the voting body of the VFW. We can do this, but not if everyone gives up and walks away. Every generation of veterans faced similar challenges upon return, and stepped up to revamp the organization. It is our turn.

I’m the adjutant in my VFW post at the Bath Senior Center in Maine, serving under the command of Kenneth Lambert, a 20-year Army veteran with nine combat tours. People like Ken are why I’m involved. We are the new generation leading the post, with the top three officer positions being held by veterans of our wars.

In my post, there are six vets from Afghanistan or Iraq out of the 88 members; three serve in the top officer positions. We want to do more to combat certain local charities that are fleecing grant and donation monies that should go to needy veterans, but need to build more clout locally to spar with them politically. The first step comes back to increasing the active membership of millennial veterans who can help in this endeavor.

VFW National Commander John Stroud supports change within the VFW, stating in a November letter posted to the national website:

For those members and Posts who would rather serve themselves than the countless veterans who are in need, remind them that this organization exists for the benefit of all veterans rather than those of an entitled few. I want to make it clear that I will willingly provide my complete support to any of my Department Commanders who move to shut down any Post, or remove from our leadership rolls, anyone that is not committed to the goals of the organization.

While there are more than 40,000 registered organizations helping veterans, or at least claiming to help, our community still has a long way to go. In September, I attended a roundtable discussion hosted by the Mid-Coast Veterans Council, where Maine Sen. Angus King met with a group of local organizations and charities to debate challenges facing Maine veterans. In attendance was a homeless veteran who had just been released from a PTSD treatment facility. While representatives there wanted a photo opportunity with this veteran and the senator, he has yet to receive their assistance. To date, this man has only received support from my VFW post and Goodwill, even after his story was shared with the people who claim to be helping homeless vets. Like I said, support for veterans still has a long way to go.

Come help your comrades keep what we earned.