After 15 years of war, there are big questions over how well the men and women who serve the country... 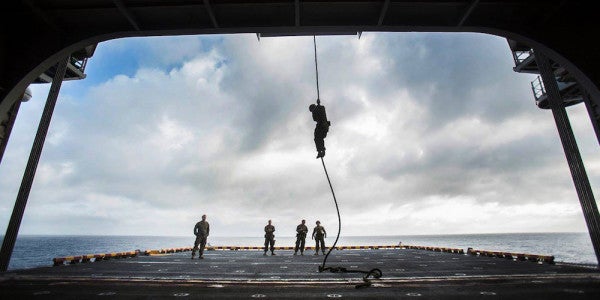 After 15 years of war, there are big questions over how well the men and women who serve the country are faring after military service. The Center for a New American Security islaunching a survey of veterans, HR professionals, and supervisors to figure out what’s affecting veterans’ performance in the workplace. By taking a better look at the challenges that exist for vets, we hope to find better ways to help them as they leave the military.

In response to a surge of unemployment for post-9/11 veterans, many groups launched fantastic efforts to address the problem. From the Veterans Jobs Mission to the Joining Forces initiative at the White House, both the public and private sector stepped up to the plate, seeing a moral obligation to help and that hiring veterans is smart business.

After several years of these efforts, veteran unemployment is on the decline, but it’s still difficult to know how veterans are doing in the economy long term. We don’t know if veterans are succeeding in building careers over time, the impact of how long they stay in their first job, and what the challenges are in transitioning from the military into a new company culture. TheCNAS survey attempts to gather more information about veteran economic performance, to use it to shape programs aimed at recruiting veterans and keeping them employed.

There are several important aspects to the economic performance of veterans, from their initial recruitment into their first post-military job, to whether employers are aware of the benefits of hiring veterans and their families. Also, often veterans take jobs that are not in line with their skills and values. Without further data, it will be difficult to figure out how much this is the case, and what the primary causes are.

While it’s possible that veterans are receiving better offers from other companies or moving onto higher-level positions elsewhere, veterans may be struggling to assimilate into civilian culture or finding it difficult to see the impact of their work. By gatheringmore information we can begin to better understand this phenomenon and where we need to help.