The Air Force Is Preparing To Wage War In Space 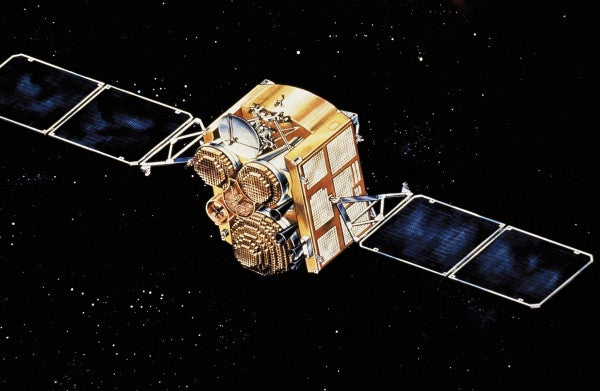 The U.S. Air Force is preparing airmen for a future in which war is waged in space, with training on hardening satellites against anti-jamming technology to protecting spacecraft from incoming missiles.

The goal is to train the service members to combat new and evolving threats against the service's “vulnerable” space infrastructure, much of which dates to the Cold War, an official said.

The 527th Space Aggressor Squadron at Schriever Air Force Base, Colorado, is tasked with training service members to fight in a contested space environment. Historically, that has meant jamming Global Positioning System and satellite communications signals, making it so troops can't access the space assets they rely upon and forcing them to think of alternatives.

“There really is no such thing as a space war — it's just war,” said Lt. Col. Kyle Pumroy, chief of Space Force Structure Plans for the Space and Cyberspace Superiority Division of the Air Force's Directorate of Strategic Plans. Military.com sat down with Pumroy at the Pentagon before he was awarded the General Bernard Schriever Award by the National Space Club last month for his service and enhanced training techniques while leading the space aggressors in 2016.

“We're preparing for an age in which war extends into space because that's where the capabilities are going to be able to operate, in addition to on sea, under sea and in the air,” Pumroy said.

This week, as Defense Department and industry officials meet at the National Space Symposium in Colorado Springs, the conversation about threats — mainly from China and Russia — is likely to not only include defensive space capabilities, but also offensive options, or as leaders have called them, “space control.”

“The nature of the threat has changed,” Pumroy said. “It drives the need for the space aggressors to also provide … a training avenue that prepares the joint warfighter for those types of threats, whether that be anti-satellite weapons launched to blow up satellites, or nefarious in orbit. Those are the types of things we need to prepare the warfighter for now.”

In 2015, Gen. John Hyten, then-head of Air Force Space Command who has since been promoted to commander of U.S. Strategic Command, and then-Air Force Secretary Deborah Lee James told “60 Minutes” that the U.S. has been looking for ways to launch countermeasures that can disrupt adversarial anti-satellite weapons without sending more debris into orbit. Space operators in recent years have already seen such attempts to disrupt U.S. signals.

“We'd want to know when they've launched that weapon, what the intended target is and then either try to move out of the way or whatever capability we have to prevent ,” Pumroy said.

And it's not simple. Moving a satellite, for example, expends fuel and resources, so a trade-off may be a degraded lifespan as a result, Pumroy explained.

Having communications capabilities in space provides “us a tremendous operational advantage … which results in a reliance, which is OK, except some of those capabilities are vulnerable,” Pumroy said.

To get ahead of such an attack, the U.S. “must invest in more survivable, resilient capabilities and train on how to fight against those threats for when comes,” he said.

In recent months, Air Force Chief of Staff Gen. David Goldfein has said he wants the service to be “the lead service for space.”

“We have suffered some difficulties in acquiring space systems, historically,” Pumroy said. “Some of that comes from potentially overlapping roles and responsibilities can sometimes slow us down. If the Air Force is the lead service for space, we can just own it, and make more rapid decisions rather than leading by committee.”

The service is working to create “more unity of command,” he said.

The Air Force wants space operators to see high-end attacks as part of their normal training to be “ready for those threats, so if another country tries to attack those assets, they've seen this type of thing before, they defend, and the adversary loses,” which also acts as a deterrent, Pumroy said.

“There are many experiments going on right now to help aid the development of what the right countermeasures and tactics are,” he said.

The 527th is linked with Reserve's 26th Space Aggressor Squadron. Both fall under the 57th Adversary Tactics Group out of Nellis Air Force Base, Nevada.

The squadron has had many missions since 1942, but was redesignated for a space mission in 2000. The unit has about 35 people, including civilians and contractors. The Reserve squadron also has roughly 35 billets, Pumroy said, so of “70 or so people, it's a small group that provides these capabilities to the entire joint force.”

Additionally, the space aggressors are training Army soldiers over the next two years for their space aggressor certification and also work with the Navy and Canadian forces, according to the unit.

Members take temporary duty assignments where they're needed, Pumroy said, supporting various exercises such as Red Flag in Nevada, coastal drills with the Navy, and weeks-long exercises in the Pacific and European Command theaters.

Last year, the space aggressors supported their first ever Polish exercise during Anakonda 2016, replicating satellite communications and GPS jamming capabilities with more than 200 soldiers from the Army's 10th Special Forces Group prior to their deployment to Eastern Europe.

With Pumroy's leadership, the unit also “provided both SATCOM and GPS jamming training capabilities to the USS Eisenhower Carrier Strike Group,” marking another first for the unit as they “conducted GPS electronic warfare training against ships at sea.” The efforts trained sailors for regional threats, while the carrier subsequently “executed hundreds of strikes against in Iraq and Syria,” according to information provided to Military.com about the mission.

The training is designed to help troops identify when an adversary is trying to electronically attack or destroy technology that supports air, land or sea missions, Pumroy said. “How do I identify that, and recover from it?” he said.

In his current assignment, Pumroy is helping the Pentagon advance its space portfolio. He supports allocating about $6.7 billion in planned funding for the advancement of space systems as part of the Air Force's fiscal 2019 budget.

Pumroy cited the 2007 incident when China conducted an anti-satellite missile test, destroying one of its own weather satellites and creating more than 3,000 pieces of debris.

“You see in the news that [China] is still developing these capabilities and they're probably more advanced than they were in 2007,” he said. “That's a concern when you look and say, 'We don't really train against that,' and you can't just say, 'We hope that never happens.'”

Another concern is random satellites in orbit that officials aren't sure what they're there for or what they're doing, Pumroy said.

These were things the squadron saw as the future, but they are quickly “becoming real,” he said. “What I wanted to do is prepare the squadron to represent those threats, because that is our mission.”

The service can afford to lose one or maybe a few remotely piloted aircraft such as an MQ-1 Predator or MQ-9 Reaper “to electronic warfare … in the grand scheme of things, those things happen,” Pumroy said. “Compare that to losing a satellite — that is a game changer.”