After the Paris terror attacks on Nov. 13, French and U.S. military aircraft have ramped up their air strikes against... 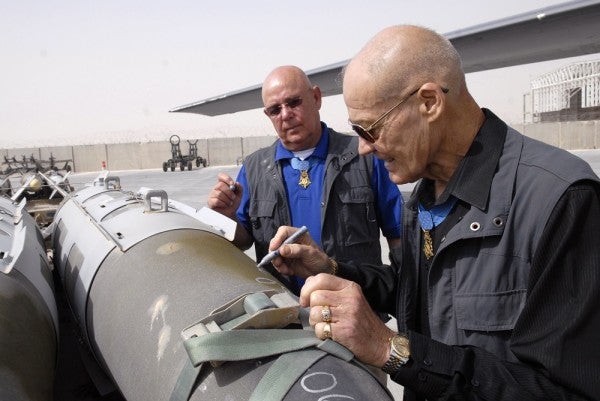 After the Paris terror attacks on Nov. 13, French and U.S. military aircraft have ramped up their air strikes against Islamic State targets in Syria. At the same time, photos began circulating online of bombs and missiles with the phrase “From Paris, With Love” written on the side in a show of solidarity.

The act of writing “love notes,” as they’re affectionately called, on the sides of bombs is nothing new and dates back as far as World War II when American fighter pilots wrote messages like “Happy Xmas Adolph” on the sides of ordnance. This tradition extends to drawing on equipment and uniforms, with fighter pilots painting their bombers with shark teeth, and Korean and Vietnam-era troops writing messages on their helmets and jackets.