A Black Hawk helicopter flew for the first time without pilots 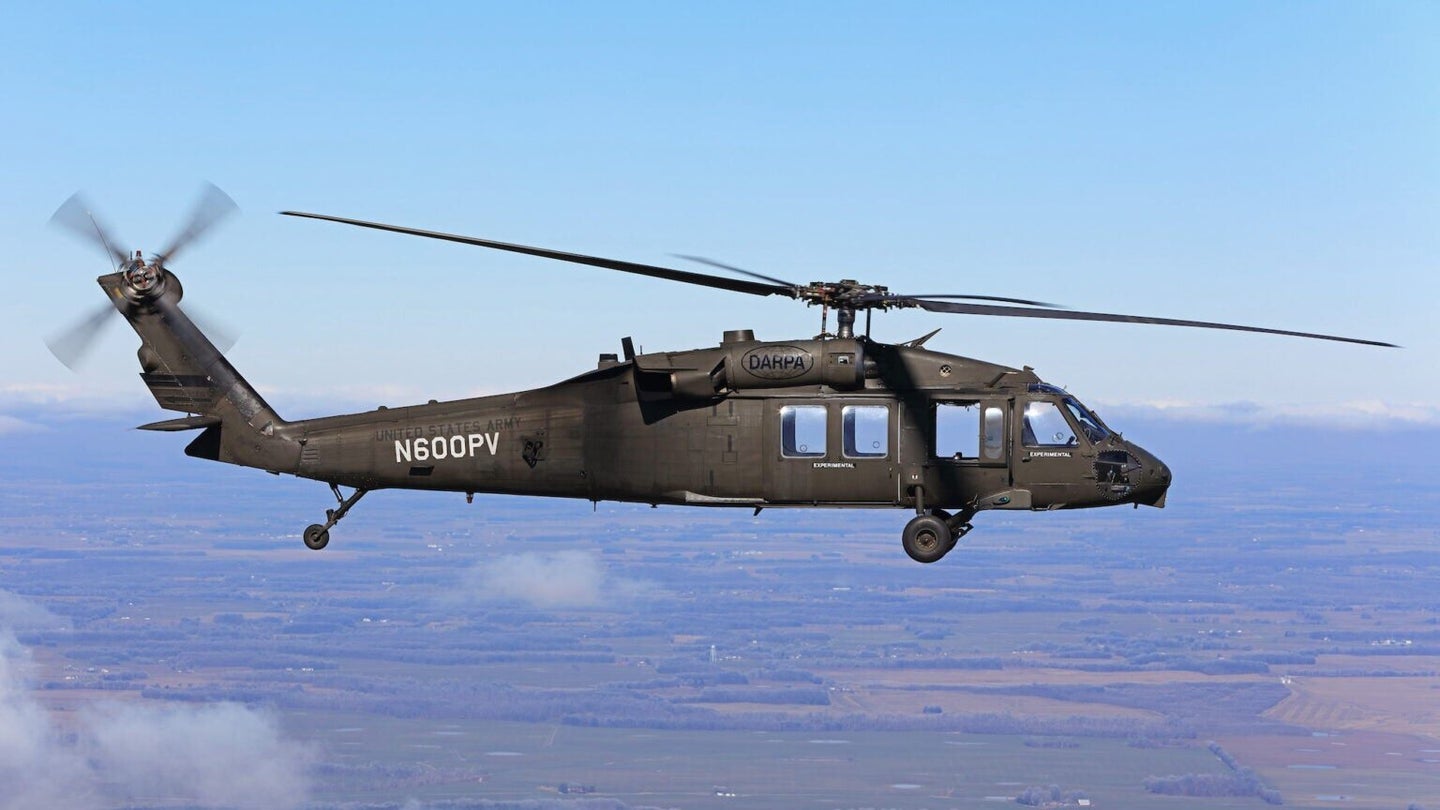 February has already been a big month for autonomous flight. For the first time, this past Saturday, and then again on Monday, a specially equipped Black Hawk helicopter flew without a single human on board. The computer-piloted aircraft was being tested as part of a DARPA program called Alias, and the tests took place out of Fort Campbell, Kentucky.

The retrofitted whirlybird was controlled by a Sikorsky-made autonomy system. As part of that system, the helicopter has a switch on board that allows the aviators to indicate whether two pilots, one pilot, or zero pilots will be operating the chopper. This was the first time that a Black Hawk was sent into the air with the no-pilots option, so that the computer system was handling all the controls. While these were just test flights, they hint at a future in which the Army could potentially send an autonomous helicopter on a dangerous rescue mission—and have no one on board it at all.

The first test occurred on February 5. “The pilots shifted the knob to zero, and we did our first uninhabited flight,” said Stuart Young, the program manager for Alias at DARPA, during a press briefing on Tuesday. “We did some simple forward flight, and some pedal turns, and then landed.”

That short flight was followed by another approximately 30-minute one the same day. On the longer flight, Igor Cherepinsky, the director of Sikorsky Innovations, noted that the helicopter was given simulated sensor data. (Sikorsky produces the Black Hawk helicopters, which are also known as UH-60s.) While the Black Hawk was physically in Kentucky, as part of the mission, it acted as if it was dodging structures in Manhattan, thanks to that simulated sensor data, Cherepinsky said. “And the aircraft was avoiding essentially [what it thought was] buildings in real time.” He added that having a helicopter with this capability could come in handy in urban environments, both in a military and civilian context.

Cherepinsky also noted that the uncrewed Black Hawk flew at around 4,000 feet of altitude and at speeds of about 115 to 125 miles per hour. Another brief autonomous flight occurred on Monday with the same aircraft.

In general, this kind of autonomy technology has three main goals, Young said. The first is safety, to ideally help prevent an aircraft from doing something disastrous like flying into terrain or a structure. The second is in-flight assistance so that the crew can focus on bigger-picture concerns, like the overall mission. “If you can remove some of the lower-level functions, we can allow the pilots to be unburdened,” Young said. And the third is cost reduction, either in personnel-training fees or even maintenance.

The DARPA Alias program that this test was a part of has been ongoing for about six years; “Alias” is an acronym that stands for Aircrew Labor In-Cockpit Automation System. Sikorsky, meanwhile, has also been working on its autonomy technology for several years. The company has been operating a non-military test helicopter called SARA, or Sikorsky Autonomous Research Aircraft, which Popular Science caught a ride on—and even tried flying—in 2019. That helicopter was a testbed for this type of autonomous technology, and featured traditional controls, joystick-like controls called inceptors, and a tablet control system.

“SARA is where we developed all of this,” Cherepinsky said. “The Black Hawk’s very similar to it.”

With these uncrewed flights now on the books, the DARPA program is in the process of winding down, Young said. “We’re actively working with the Army to transition the capabilities to the services.” He also said that the Air Force is also interested in this type of software for its F-16 fighter jets.

This article by Rob Verger first appeared on Popular Science.