Lockheed’s newest high-energy weapon is multiple lasers in one

Here's how it works, how it is intended to be used, and what it has in common with a famous album cover. 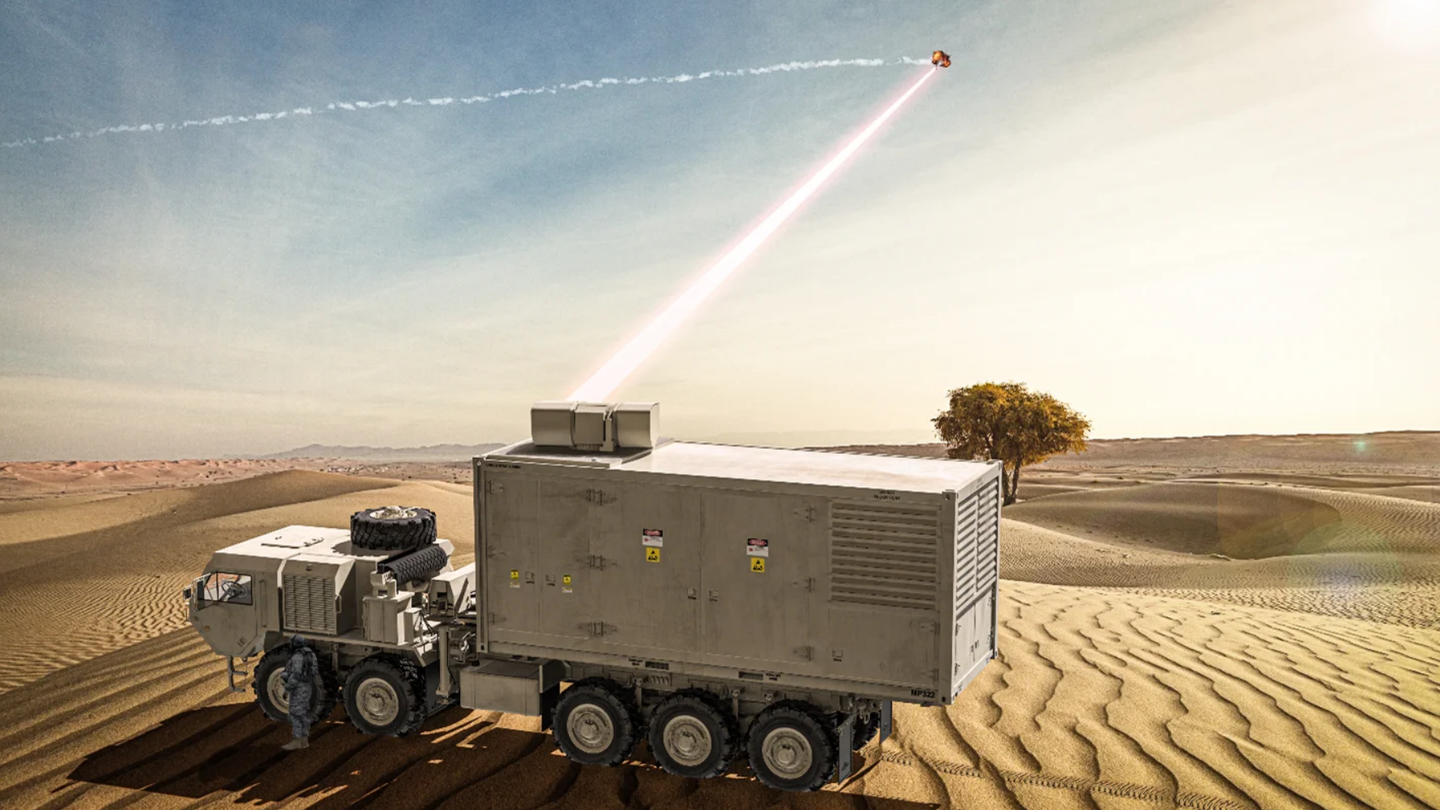 On Sept. 15, defense giant Lockheed Martin announced that it had delivered a 300-kw laser to the Department of Defense. Developed for a program called the High Energy Laser Scaling Initiative, or HELSI, this laser was delivered to the Office of the Under Secretary of Defense for Research & Engineering (OUSD) in early August. Since August 14, it has been with the Army in Huntsville, Alabama, where it is undergoing further testing. The laser component is designed to be integrated into laser weapon systems on ground vehicles or ships.

“This is yet another step in proving that these systems are ready and are able to be deployed as force multipliers and as part of the directed energy and kinetic energy mix that our war fighters can use to defend against threats like rockets, artillery, mortars, cruise missiles, UAVs, and small ships,” Richard Cordaro, a vice president at Lockheed Martin, said at a media roundtable.

Since the US started developing and deploying these systems in the 2010s, the fundamental premise of modern directed-energy weapons—as the military prefers to call high-power lasers—is that they can cost-effectively destroy a range of enemy projectiles. The idea is that a laser weapon on a ship, for example, could zap everything from an inexpensive drone to a pricey incoming cruise missile, with each shot of the laser costing relatively little.

In Huntsville, the Army will be testing the HELSI laser as part of its broader Indirect Fires Protection Capability-High Energy Laser (IFPC-HEL) program. In IFPC-HEL, the Army is seeking a cost-effective weapon against cheap threats to defend “fixed and semi-fixed sites,” which could be everything from a base to an artillery position. The laser is also expected to “defeat more stressing threats,” making it a system that can easily handle inexpensive weapons like rockets but also expensive and especially deadly ones like cruise missiles.

A full laser weapon system combines a power supply with a beam of directed light energy, sensors for targeting and tracking, and likely (for ground use) a vehicle to move the whole component around. HELSI is just the laser component of that, and it actually works by combining several lasers.

“We sort of describe it as the cover of the Pink Floyd album where you see the light coming in white light and then splitting off into the different spectrums of color,” said Cordaro, referencing the iconic “Dark Side of the Moon” cover. “Well, it’s doing that in reverse, where we take the different spectrum elements and combine them into one high-energy beam.”

To make the beam, the system needs power. The most common way to generate the electrical power needed to produce a 300 kW beam would be batteries, though generators and other means of electric power could work with the system. Race McDermott, a business development lead with Lockheed Martin, said that the company has a history of producing lasers with an electrical efficiency “north of 30 percent,” which offers a rough sense of how much electrical power goes into producing 300 kilowatts of optical power output.

Increasing laser power is done by upping the number of channels, or individual beams, that go into the combined laser, increasing the power of each of those channels, or by doing both at once.

“We focused on doing both and demonstrating that we can combine more individual lasers into one SBC [Spectral Beam Combination] 300-kilowatt class laser, and we increase the power per channel,” said McDermott. “Since you have each of these individual channels, you can sort of throttle the power for each of the engagements. If you wanted to maximize your magazine depth, you may not shoot everything at full power.”

That allows the HELSI laser to punch at full force against a hard target, like a cruise missile or small ship, or to only apply the necessary force and save on power against a target like a smaller drone or an artillery round.

While HELSI has yet to destroy a flying object in testing, Lockheed Martin’s Helios laser—a different system—used its 60 kilowatts of power to destroy drones flying as cruise missile surrogates in a test at White Sands. That laser has since been deployed on the destroyer USS Preble, where it may be used to protect the vessel from threats encountered at sea. Other explorations into laser weaponry include a drone zapper mounted on a heavily armored truck; also, the Navy is planning on laser-armed destroyers to replace its current destroyer fleet.

McDermott said that the power increase of a laser is fairly linear (if you hold variables of target type, range, and atmosphere constant), meaning the 300 kilowatt HELSI laser could destroy targets about five times as quickly as the Helios would destroy them.

The potential of a system like this, once the weapon exists, is for soldiers or sailors to fight with an extra layer of protection, as the laser draws on battery reserves to clear the sky of incoming attacks. Laser weapons alone will not stop attacks, but they could carve a safe pocket of time in which other weapons, like the Army’s own mortars or artillery, could fire back at attackers, potentially tilting the balance of artillery duels in favor of the side with lasers.