U.S. military officials are now authorized to destroy personal or commercial drones flying into restricted airspace in and around 133... 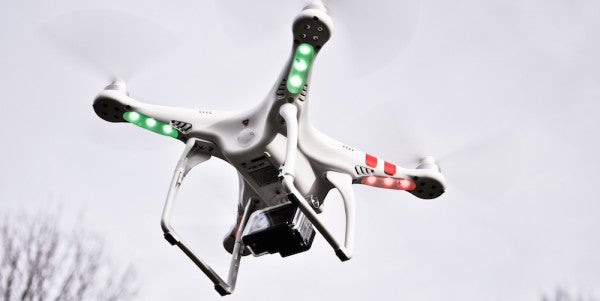 The Pentagon provided classified instructions last month to commanders at the installations detailing measures that they can take against drones flying over their bases, said Navy Capt. Jeff Davis, a Pentagon spokesman.

The Federal Aviation Administration in April announced a ban for nearly all types of unmanned aerial systems over 133 military installations and testing sites because of security concerns.

Davis said Monday that he could not detail the “rules of engagement” for targeting drones, but he said they included steps such as “tracking, disabling or destroying” them depending on whether they are perceived to pose a threat.

Drones have rapidly grown in popularity in the United States, and the FAA in March estimated the market would grow from about 1.1 million small personal drones in 2016 to more than 3.5 million by 2021. It also estimated commercial drones would expand from about 42,000 to some 442,000 in the same time.

As drones increase in use, Pentagon officials have grown increasingly concerned they could interfere with military training operations within the United States or be used to target personnel.

“The increase of personal and private drones in the United States has raised our concerns in regards to safety and security of our installations,” Davis said. “Protecting our forces remains our top priority.”

Davis said the Defense Department worked with the FAA and other federal agencies to develop its new policy. Installations will soon begin working with local communities to engage the public about restrictions on drone usage around military installations, he said.