Editor’s Note: This article by Matthew Cox originally appeared on Military.com, the premier source of information for the military and veteran community. U.S. sailors... 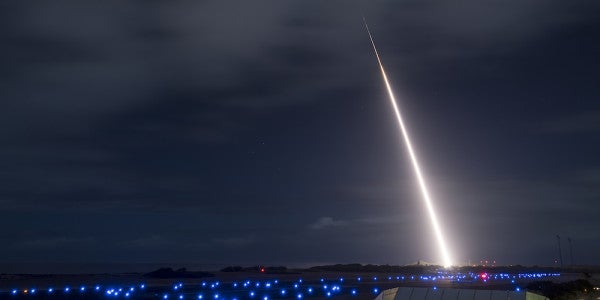 U.S. sailors aboard the Arleigh Burke-class destroyer John Finn destroyed a target Friday with the latest version of the Standard Missile-3 interceptor during a flight test off the coast of Hawaii.

Mark Wright, a spokesman for MDA, confirmed that the SM-3 Block IIA impacted with the target.

“It's a kinetic kill vehicle, meaning it has to slam into the target, not just explode near it,” he told Military.com.

Built by Raytheon, the Block IIA can be deployed on land as well as at sea. It features larger rocket motors that will allow it to defend broader areas from ballistic missile threats and a larger kinetic warhead, according to the company's website.

“This was a superb accomplishment and key milestone for the SM-3 Block IIA return to flight,” said MDA Director Lt. Gen. Sam Greaves. “My congratulations to the entire team, including our sailors, industry partners, and allies who helped achieve this milestone.”

In late January, the Block IIA missed its target when it was fired an Aegis Ashore test site in Hawaii, USNI.org reported.

It's also part of the European Phased Adaptive Approach, which is designed to protect U.S. deployed forces and NATO allies in Europe from ballistic missile attacks. Phase 3 of the EPAA is scheduled to deploy Block IIAs to a new Aegis Ashore site in Poland by the end of 2018, according to MDA fiscal 2018 budget documents.