In case you were wondering, a new report says the Pentagon still sucks at buying weapons 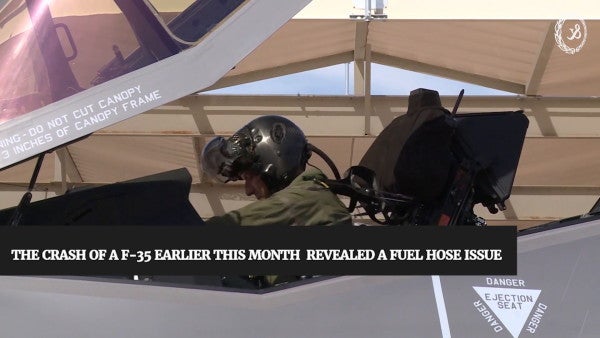 The Pentagon's purchase of $1.69 trillion worth of major weapons systems has been riddled by cost overruns, delays and other problems reflecting poor oversight, the Government Accountability Office said in its annual survey of Defense Department acquisitions.

The 229-page report subtitled “Limited Use of Knowledge-Based Practices Continues to Undercut DOD's Investments” recommended that the DoD do a better job of checking out the design for a weapons system and what it's supposed to do before buying it.

“Completion of a preliminary design review prior to starting development” would be advisable, the GAO said in its 17th annual survey of defense acquisitions, released Tuesday. “This lack of knowledge and the effects it can have throughout a program's acquisition life cycle can increase the risk of undesirable cost and schedule outcomes.”

The GAO said that the DoD's program office for the F-35 is continuing “to address over 900 deficiencies identified with the aircraft's performance prior to the end of development testing.”

The report cited as an example the development of “a new helmet mounted display, which will resolve an existing green glow effect that can
distort a pilot's vision during night time carrier landings. Program officials expect installation of some of the new displays in 2019.”

The
Navy is still trying to figure out what to do about the two 155mm deck guns that had been planned for the three Zumwalt-class destroyers, the GAO report said. In development, the Navy found that the cost for a single round for the guns was roughly $800,000.

“Following an evaluation of five other munition options, the Navy determined that no viable replacement, guided or unguided, was feasible,” the report said. “As a result, the guns will
remain inoperable on the ships for the foreseeable future.”

In January 2018, the Navy changed the primary mission for the Zumwalt class from land attack to offensive surface strike.

“According to Navy officials, the Navy's planned modifications to support the new mission will cost about $1 billion,” the report said.

On JLTV, “the
Army and Marine Corps recently concluded operational testing for JLTV and found the vehicles to be survivable for the crew and effective for small combat and transport missions,” the GAO report said.

However, the services also concluded that that the JLTVs were “
not operationally suitable because of their high maintenance needs, low reliability, training and manual deficiencies, and safety shortcomings,” the report said.

For the Boeing
KC-46 Pegasus air refueling tanker, one of several problems Air Force program officials discovered in development is that “the aerial refueling operator's screen does not provide sufficient visual sharpness and adaptation to changing background and lighting to allow for safe refueling in all environmental conditions,” the report said.

Boeing is making software fixes without cost to the government, the GAO report said.

As in past surveys, the report hit on a lack of competition on contracts, and often no competition at all, as a factor in rising costs.

The department “did not compete 67 percent of 183 major contracts currently reported” on 82 major weapons systems programs, the report said.

In addition, the report said that the DoD “awarded 47 percent of these 183 contracts to five corporations and entities connected with them:” Lockheed Martin Corp., Boeing, General Dynamics, Northrop Grumman and United Technologies.

The report noted that the annual survey is coming out at “a time of significant change at DoD” in how it purchases weapons with oversight responsibilities for many programs transferred to the military services that manage them.

However, “we found that costs continue to increase for many of these programs — even those that started after major acquisition reforms were adopted in 2010,” the report said. “This is troubling because these reforms were supposed to limit cost growth.”

The report said that the DoD “generally concurred” with the findings. In a letter to the GAO, Stacy Cummings, the principal deputy assistant secretary of defense, said the DoD “remains committed to driving down the costs of our weapons systems and reducing the time it takes to deliver them to our warfighters.”

The DoD is striving to implement knowledge-based acquisition practices and it “agrees that competition is the best way to reduce price, even as the American industrial base is evolving,” Cummings said.