U.S. defense officials confirmed on Tuesday that the Terminal High Altitude Area Defense, or THAAD missile defense system has been... 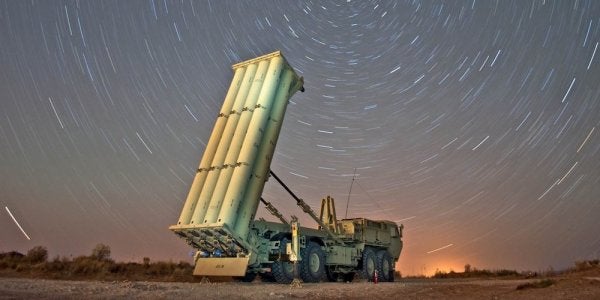 THAAD, the world's most advanced missile defense system, has both China and North Korea spooked, as its powerful radar could potentially spot and knock down Chinese missiles, and persistent rumors say it could be bad for the health of South Koreans in the region, despite evidence to the contrary.

But THAAD is a purely defensive weapons system. The missiles do not even carry warheads and rely solely on kinetic energy to smash incoming missiles without detonating their high explosive, or possibly nuclear payload.

In the clip below, see how THAAD knocks out an incoming missile threat.