​An official with the National Nuclear Security Administration told lawmakers that a $5 commercial capacitor it had tested for the Navy's W88 submarine-launched missile and the Air Force's B61-12 bomb was insufficient, causing delays in the upgrades and driving up the cost by as much as $1 billion 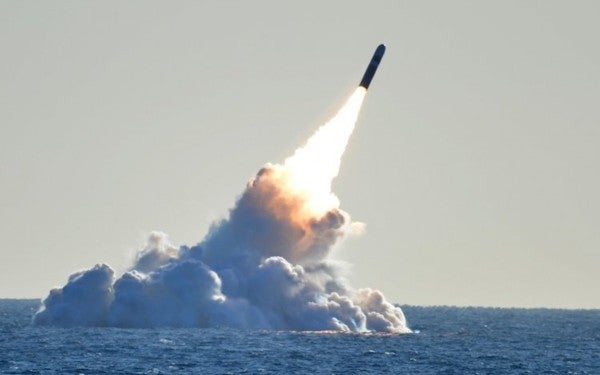 An official with the National Nuclear Security Administration told lawmakers that a $5 commercial capacitor it had tested for the Navy's W88 submarine-launched missile and the Air Force's B61-12 bomb was insufficient, causing delays in the upgrades and driving up the cost by as much as $1 billion, USNI reports.

Charles Verdon, deputy administrator for defense programs at the NNSA, explained that early testing indicated that the $5 commercial, off-the-shelf capacitors would have served their purpose in the short term, but didn't withstand the stress that decades of wear — 30 years or so — would put on them.

“Early tests on the capacitors now in question and subsequent tests including component, major assembly and full-up integrated system flight tests demonstrated that these components meet requirement today,” Verdon told the House Armed Service Committee strategic forces subcommittee on Wednesday. “Industry best practices were used to stress the components beyond their design planned usage as a way to establish confidence that they will continue to work over the necessary lifetime of the warhead.”

“During stress testing, a few of these commercially available capacitors did not meet the reliability requirements.”

The NNSA originally estimated the upgrade cost for the W88 to be between $2.4 billion and $3.1 billion, and for upgrades to be delivered in December 2019. The NNSA budgeted between $7.3 and $9.5 billion for B61 refurbishment. But the failure of the capacitor could cost both projects up to $1 billion combined, USNI reports.

The W88 is used with Trident II D5 submarine-launched ballistic missile, and an inert B61-12 gravity bomb was dropped from a B-2 Spirit stealth bomber in March.

Instead of using the $5 capacitor, the NNSA will use capacitors built to its requirements, which will cost $75 per unit.

Despite the delays, Verdon believes that the entire upgrade program will come out in the balance, according to Defense News, because the program has a cushion of funding for delays, and the setbacks from the W88 and B61-12 upgrades will yield “design simplifications” for upcoming refurbishments to the 80-4 and W87-1, decreasing costs in the long run.

But in terms of readiness for near-term deployments, it's not clear how the forces will be affected by the delay. The U.S. Strategic Command (STRATCOM) and the Navy are working together to determine the effect of the delay, USNI reports.

Insider reached out to the Navy's strategic systems programs, as well as STRATCOM, regarding short-term mission readiness. The Navy did not respond to request for comment, and STRATCOM was unable to give answers to the questions by publication time. The NNSA was unable to furnish answers to Insider's questions on Thursday.