The simple, everyday items that you don't need Uncle Sam's credit card or a top secret clearance to buy. 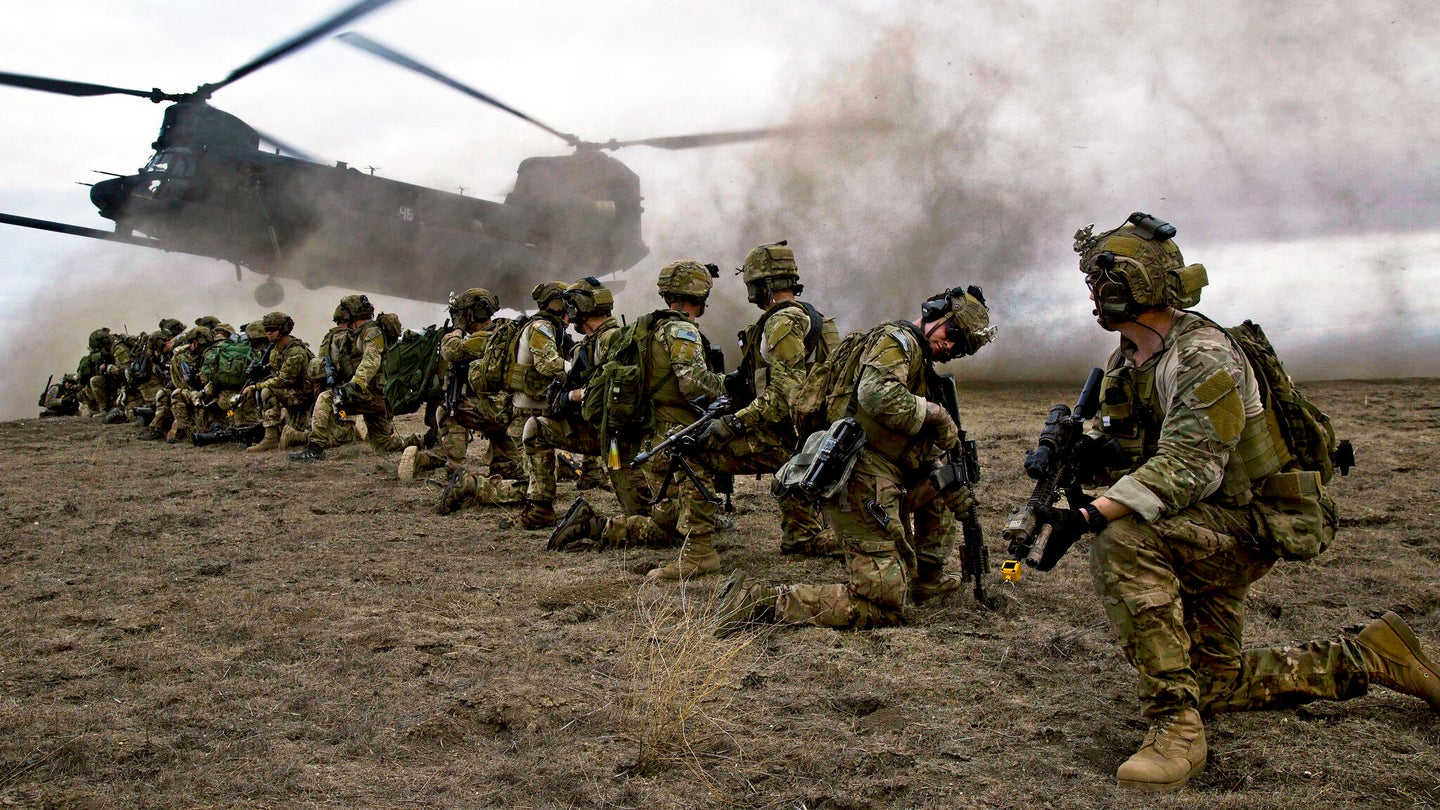 American special operators don’t make it all the way to the top tier of the world’s greatest military by not displaying an incredible capacity for mature, common sense decision-making, and an ability to improvise in ways that, unfortunately, you just don’t often see on the conventional side of the house. And while they have a much larger budget for gear acquisition and training, what truly distinguishes operators from everyone else is the simple stuff. Because thinking outside of the box doesn’t always mean reinventing the wheel. Sometimes, it just means shopping off post.

No, I’m not talking about the beard oil Green Berets use to keep their face armor soft and luscious, or the vats of hair gel that SEALs always keep on hand in case, you know, they get cast in a Hollywood film. I’m talking about simple, everyday items that you don’t need Uncle Sam’s credit card or a top secret clearance to buy.

Football players use them for a quick way to reference plays, but operators use them to reference aerial maps of a target area during missions, as well as hold information necessary during sensitive site exploitation and tactical questioning of detainees. Those who are responsible for calling in close air support or operating radios use them, too. They write necessary information onto a piece of illumination tape with an alcohol pen, and insert it into the plastic slot on their forearm. During a call for fire mission, having that information at your fingertips is much better than fumbling through a notebook shoved in one of your cargo pockets.

Tyler Grey, a former Ranger who hails from the 2nd Ranger Battalion, found another piece of football equipment useful as well. “My team bought NFL skull caps. They keep the hair and sweat out of your eyes, and it’s easy to put under a helmet,” he said. “In Iraq, sweat getting into your eyes is a big deal. I mean that’s literally what the NFL uses them for, too — keeping the hair and sweat out of your eyes while wearing a helmet.” Grey did confess, however, that their use of skull caps did not go without a few odd looks from others in the unit. “We looked like wannabe gangsters, except we were white dudes in camo – so some guys definitely asked, ‘What the fuck is that?'”

Of course, we can’t forget the beloved fanny pack. Often seen as a vestige of the 80s that is now only utilized by dads who wear tighty-whities and knee-high socks, the fanny pack has proven to be exceptionally useful for some in special operations. It is worn around the waist and has a zippered closure, which makes it much more secure for storing sensitive SSE during exfil than shoving it in a cargo pocket with weak Velcro closures. Others like it for keeping breaching equipment close at hand, and still others prefer it for carrying a concealed weapon during low-vis missions. The uses are near endless, which makes it a must-have piece of kit for many special operators.

Tech. Sgt. Aaron Love, who makes his living as an Air Force pararescueman, recommends equipment of the hardware store variety. “An off-the-shelf Dewalt sawzall is a really common carry for us. The variety of blades that they come with can slice right through aircraft skin as well as the bolts in MATVs, Strykers, and MRAPs.” Pararescuemen are the elite operators who specialize in high-risk personnel and equipment recovery. Having the right tools can be the difference between life and death. “For such a simple carpentry tool, we can gain access to patients in way less time than it would take to use a ‘specialty’ tool,” Love says.

You might be thinking to yourself, that’s not special — everyone in the military wears those! But not if you are in Special Forces. According to Blake Miles, a former NCO in 1st Special Forces Group, they were more valuable as gifts to build rapport and gain trust with the Iraqis they trained. Miles recently told Task & Purpose, “Those things were worth their weight in gold and always seemed to be a magical rapport builder. It was one of the most commonly requested items our Iraqi counterparts asked about. Whenever we knew we were headed into a new area or meeting new Iraqi military folks, we tried to have a few on hand.”