I recently reviewed a U.S. Army War College White Board response: “How Well Does The Army Develop Strategic Leaders?” My... 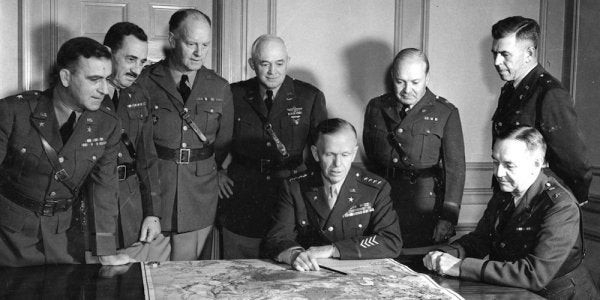 I recently reviewed a U.S. Army War College White Board response: “How Well Does The Army Develop Strategic Leaders?” My response is: not well at all.

I question whether the Army even values strategic thinkers. I did not participate in the whiteboard exercise because I was not aware of it, but if had, I would give the US Army a “D-”. The military leadership we need is one that can deal with the strategic issues of the First World and the asymmetric challenges of the Third World. Our future success in large wars and in small wars will be dependent on leadership and their ability to think strategically, adjust and change the institution, improve interoperability among services and Special Operations, and discontinue petty differences for the greater good.

The second reading I did that influences this paper is the article informing us that Congress is poised to pass the most sweeping reforms to the military's officer promotion system in almost four decades. The bill aims to make military promotion boards place more emphasis on merit and job performance which is needed, but the recommended changes will not change education, develop senior leader strategic thinkers, improve talent management, improve senior leader selection, and address the mediocrity problem. There is change needed and it will have to be legislated because the services will not change without it.

Tom Ricks, the keeper for this column, wrote a few years ago that, “Just three decades before the United States found itself bogged down in an unpopular and seemingly unwinnable war in Vietnam, President Franklin D. Roosevelt called upon the nation’s leading military men to transform a small and admittedly third-rate armed force into the world’s most powerful. To do so required determined leaders who put mission above all else, who were unafraid to speak truth to power, and to whom failure by commanders was not accepted. Among them was George C. Marshall, who brought forward a stable of legendary generals who remain the hallmarks of American military leadership, the likes of Dwight Eisenhower, George Patton and Omar Bradley. By the time of Vietnam, however, the qualities ingrained in this cohort of men—and thus the expectations they held for their subordinate commanders—had greatly diminished, having profound consequences.”

I believe the following are the impediments to developing effective senior strategic thinkers that we need now and in the future:

Leadership is the most important aspect of military service. Leadership sets conditions for the success of everything in the military. Leadership is the only way to ensure mission success, to take care of people, and their families. It is the responsibility of all officers to master strategic thinking, study leadership, practice leadership, learn leadership, teach it, and live it for the entirety of their military service. I am a huge fan of the book American generalship and several of the points in the book are articulated in this paper.

I am a also a huge fan of Gen. George C. Marshall. In many ways we got away from his organizational leadership and model on educating strategic thinkers, selecting our senior leaders, learning from mistakes, and recovering from being relieved of duty. General Marshall’s approach and success is articulated well and highlights many of the problems that plagued today’s senior leaders as seen in Tom Ricks’ book, The Generals: American Military Command from World War II to Today.

Another great piece I drew from to back up my observations on dishonesty and trust was the monograph written by Leonard Wong and Stephen J. Gerras, called Lying To Ourselves: Dishonesty In The Army Profession. In this monograph the authors research points to untruthfulness being surprisingly common in the U.S. military even though members of the profession are loath to admit it.

After 32 years of active duty service to his country in which he received 2 awards for valor, 5 Bronze Star medals, 2 Purple Hearts, led ten deployments, and survived both a bomb blast, numerous fire fights, and a helicopter crash, General Donald C. Bolduc, former Commander, Special Operations Command Africa, has hung up his fatigues to take on perhaps his most important and challenging mission of advocating for veterans and their families, the treatment and shedding the stigma of PTS, TBI, pain management, sleep disorders, and neurotoxicity both from within the US military as well as the general public. His second passion is teaching, coaching, and mentoring leadership from entry level to the senior executive level.