The recent Air Force freeze on public affairs interactions is troubling for a number of reasons. Among other things, it … Continued 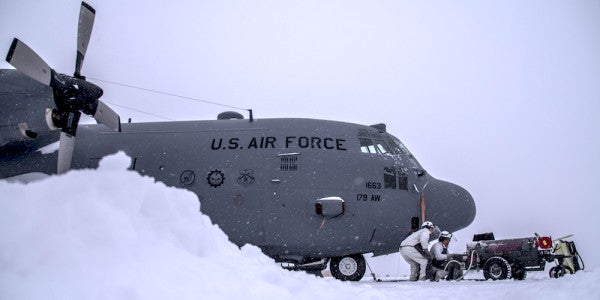 The recent Air Force freeze on public affairs interactions is troubling for a number of reasons. Among other things, it may counter the Department of Defense’s “Principles of Information,” which state that, “It is Department of Defense policy to make available timely and accurate information so that the public, the Congress, and the news media may assess and understand the facts about national security and defense strategy. Requests for information from organizations and private citizens shall be answered quickly.”

Why is the need to release information so important? Foremost, because it is the right thing to do. We live in a democracy, and the people have a right to be informed. Also, if we, “the military,” do not do that, we may lose the public support we need. In addition, it is dangerous to cut yourself out. Stopping the flow of official information doesn’t stop the discussion, it just means that we are ceding to other the information domain and battlespace.

You say there are too many cases of stories containing screwy quotes, misleading statements and individuals saying the wrong things to reporters? Got it. Work on it. Training and education are required on how to work with the media in various situations. The media is like the weather. They are part of the environment in which the military operates. You might complain about training in the rain, but you do it. So learn to deal with it.

I fear we are not doing a good job out there these days. For the most part, what I have heard from numerous reporters over the last few years, the embed program is effectively nonexistent except perhaps on a case-by-case basis. Numerous reasons have been cited such as the public is bored with the military operations in Iraq, Afghanistan, Syria, etc. Cost of covering the operations from the media’s business perspective, too hard to get to the locations and perhaps more disturbing to me, deemed too high risk by commanders at various levels to have media in their midst.

From what I have observed from my time at the Command & General Staff College (CGSC), the experience level of our students (promotable Captains and new Majors) has been declining over the last four years plus in their interactions with the media. This is attributed to the lesser number of deployments, lack of embeds with those deployed and commanders being risk adverse in interacting with the media. Since the publication of Michael Hastings’ controversial “Rolling Stone” profile of Gen. Stanley McChrystal in 2010, there has been an increasing number of anecdotes from CGSC students about commanders declining to engage at all with the media.

For today’s commanders, you can see the logic. Why take the risk? The media is a distraction, a drag on time and energy. The public does not really care what “we” are doing. The media does not get it right anyway. The reporters already have their stories written and just need a quote from me (the commander) to finish it out. I was told by one senior leader that if he has to engage with the media, it will be only in written form as a “response to a query.” It is especially easy these days to blow off the media when many are dismissing reporters as misguided purveyors of “fake news.”

Not all commanders and senior leaders are risk-averse in this area. Many understand why the military must interact with the media on military matters. But nowadays these tend to be the exceptions.

That’s the wrong way to go. During my time as an active duty public affairs officer spanning 20 years, I never encountered a reporter who purposely got the facts wrong. Yes, they made mistakes, but it was because they misinterpreted the information provided, or had a bias in their perspective, or even were given the wrong information or incomplete information by a military official.

When I confronted reporters who made mistakes, if a correction was warranted, they corrected it. We may not always want a correction. We may just have a discussion between the PAO, the commander and the reporter for future reference, so it doesn’t happen again.

But if you don’t make the effort to engage, I can tell you right now what will happen. You will see more mistakes. You and your command will feel misrepresented, worst of all, when a crisis hits, you will not have commanders and PAOs experienced in media interaction. Reporters will not know who to trust. It is about the relationships built over time.

Nobody argues that the media should be able to see, hear and report on everything. Tactics, Techniques and Procedures (TTPs), future plans, our capabilities or lack thereof depending on the situation are all areas that we should not discuss with the media. There are a vast amount of good reporters who cover the military know not to ask such questions.

There also are people new to reporting, or to covering the military, and some of them will stumble all over the place, asking all sorts of questions. That does not mean you have to answer them. It does mean you should explain to them why you are not going to discuss specifics about capabilities, TTPs, future plans, etc. We should fall back on the training, education and perhaps common sense that if you get asked a question that goes into classified areas or operational security matters, tell them that you cannot answer or provide the information, but tell them why you cannot. Help with the education process of those that do not know. But do not use OPSEC or other like areas as the blanket to avoid answering what you can and should.

If we do not address the issues, someone else will — and they will most likely get it wrong.

Steve Boylan, a former Army helicopter pilot and public affairs officer, holds a doctorate in management. He deployed to Central America in 1987and did two extended tours to Iraq as a PAO. He currently is an associate professor at the Army’s Command and General Staff College, Fort Leavenworth, Kansas, where he teaches organizational leadership and is curriculum author for organizational risk and adaptability, leader development, the military-media relationship, and leadership development. The information and opinions expressed in this article do not represent the position of the Department of Defense, the U.S. Army or the Command and General Staff College and are solely the opinions of the author