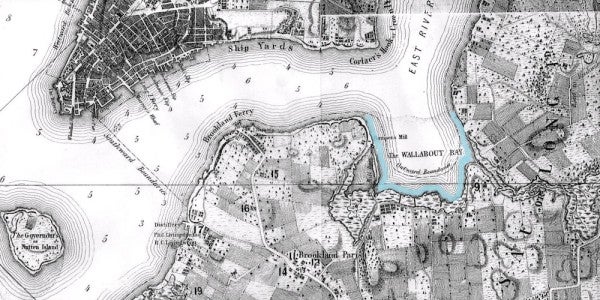 The single biggest location of American deaths during the American Revolution was aboard the prison ships anchored (or mired) in Wallabout Bay, on the north shore of Brooklyn, where the Brooklyn Navy Yard later was located.

As many as 10,000 Americans died there—some murdered, but most by disease and malnutrition. That’s more than were killed in action during the war.