‘Army Of None’: A Clear-Eyed Look At The Rise Of Autonomous Weapons 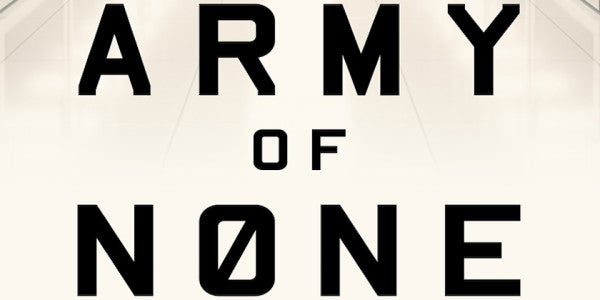 The book’s first major contribution is to actually define ‘autonomous’ weapon. The discussion surrounding artificial intelligence (AI) and warfare is fraught with misunderstandings and vague language. Scharre expertly defines autonomy, from human-in-the-loop to fully autonomous, with historical and present-day examples. His definitions and examples are an important step forward in understanding autonomous weapons and lays out a useful framework for meaningful discussion on their use (or ban).

He does highlight one of the most important parts of actual AI implementation: adversarial machine learning. The chapter on adversarial machine learning is the apex of the book, as the nascent but fast-growing field could completely negate the benefits of AI on the battlefield or, at a minimum, greatly reduce AI’s applicability as a weapon system.

This leads to a discussion of why AI and machines can make formidable—and brittle—weapon systems. Scharre expertly highlights how machines can operate at speeds and scales that humans can never achieve, like playing games or trading stocks to accomplish tasks at superhuman speeds. His analyses of various cases studies explicate, even for non-technical readers, the fundamental benefits and risks of using machines. The reader comes away understanding why using AI and machines are so attractive and also why they tend to fail when confronted with new situations that they were not designed to address.

Overall, Army of None is a must-read for anyone interested in AI and the future of warfare. Paul Scharre creates a framework to understand autonomous weapons and incorporates many sides of the discussion on their use, buttressed by an in-depth history of autonomous weapons. While some technically savvy readers may find the book wanting, all readers can appreciate his in-depth yet accessible ethical and legal discussions. His conclusion about the ethical and moral decisions and consequences that come with taking a human life are compelling. Warfare has always been a human activity and perhaps it both should and will remain that way.

Captain Iain J. Cruickshank is a USMA Graduate, class of 2010, and is currently a PhD Candidate in Societal Computing at Carnegie Mellon University as National Science Foundation Graduate Research Fellow. His previous assignments include Company Commander for D Company, 781st Military Intelligence Battalion (Cyber), and Sub-Element lead for planning and analysis and production on a National Mission Team in the Cyber National Mission Force. The views expressed in this article do not officially represent the views of the US Army, the US military or the United States Government, and are the views of the author only.