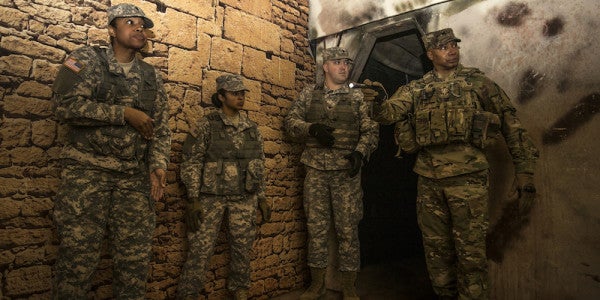 Tom note: Here is the seventh entry in our 10 Long March posts for 2018, the 4th most-read item of the year, which originally ran on April 23, 2018. These posts are selected based on what’s called ‘total engaged minutes’ (the total number of time spent reading and commenting on an article) rather than page views, which the T&P; editors see as a better reflection of Long March reader interest and community. Thanks to all of you for reading, and for commenting–which is an important part of this column.

The U.S. Army Reserve is facing a mid-grade leadership crisis. No, I don’t mean the one in which only 62% of sergeant first class and 71% of major positions are filled due to a shortage of bodies at those grades; I mean the crisis caused by a lack of commanders at all levels.

This crisis has become so bad that there was a special announcement to the field for all senior leaders to recruit officers to submit for the battalion command selection board as there were 32 fewer competitors than there were command opportunities to compete for. This does not include or account for the fact that the historical fill for Army Medical Department battalion and equivalent command billets in the Army Reserve is around 44% due to a straight up shortage of officers in those branches.

This is not a good situation, and it seems to be headed in the wrong direction.

For years, the Army Reserve has battled what I’ll call the “tyranny of the opt-in board” for flag and general officer selection, artificially limiting the pool from which boards have to select the next crop of one-stars. But we’re starting to see that trickle down to brigade and battalion command boards, which are also “opt-in” due to the travel and extra time requirements of these key positions.

The end result of having a fixed requirement of positions to fill with a declining pool from which to fill them is not just that some go un-filled and have acting commanders installed. What we don’t necessarily see is that when the pool is slim, we end up selecting commanders who should never be selected to command and who would not if the pool were bigger.

Quite apart from the predictable command climate issues this inevitably causes (a short-term problem) is the damage done to the institution long-term due to a lack of mentorship for the few company grade officers who choose to command as well as the drop in morale and pride of association among NCOs who’re subject to sub-standard leadership.

When you think about it, it’s not all that surprising that there is such a lack of officers and NCOs at the mid grades. Most of these folks left active duty due to the damage the operational tempo of 17 years of constant combat deployments caused to their lives and when they enter the Army Reserve to complete their service obligation, they’re confronted with an increased operational tempo due to readiness demands, reduced strength, crushing mandatory training requirements, and substandard leadership at the Battalion and higher levels, so they vote with their feet once their obligation is complete.

Identifying the problem is easy. What’s hard is fixing it. Some suggestions:

First, the USAR needs to re-orient the incentives that were very effective at getting folks to Command back to that purpose. IDT Travel reimbursement is a great tool, but it loses its effectiveness when everyone gets it, regardless of their position or level of involvement. Lodging in Kind should be for all. Let’s restrict travel reimbursement to Com

Next, we need senior leadership to support and proactively look out for those bold enough to Command. If I can get paid the same regardless, why should I put myself “at risk” for a promotion board seems to be the attitude of many in the field, and for good reason?

Finally, we need to, within the law, select folks who have their 20 years but don’t want to do what needs to be done for our Army Reserve to retire. Service to MRD is not a right – we say it, but we don’t really believe it. If we did, we’d have an early retirement board every so often that “culled the herd.”

I offer those suggestions as I’m not sure we can fix our evaluation system, no matter what we try, but until we’re able to have candid conversations with Officers about their potential (or any conversations at all), anything we do is a Band-Aid only. Soldiers deserve great leadership, and we need to figure out how to provide it.

Chris Govekar is an Army Reserve Logistics Colonel with 28+ years experience in the Active Army and Army Reserve. He's commanded at all levels from Company to 1-Star at home and in Combat. As a Civilian, he holds a Doctorate in Management and spends his time thinking about organizational culture and the impact of personnel decisions. Views expressed are his own and not those of the U.S. Army or Army Reserve.