There’s a new collection on the subject. This excerpt, about torture and terrorists, is by Bill Edmonds, an Army officer: … Continued 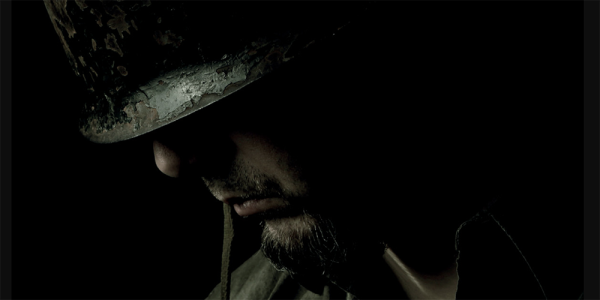 There’s a new collection on the subject. This excerpt, about torture and terrorists, is by Bill Edmonds, an Army officer: Proceeds of the book go to a good cause.

I smile because this time, we know—know—what this man has done. There are no more guesses; we just need him to document his confession with a smudgy thumbprint.

Shoeib is broken and will confess at any moment. I just know it. All of Saedi’s hitting and kicking serves to quicken the inevitable, to turn Shoeib’s thoughts away from the inner sanctum of self-pity where selfish killers retreat under interrogation. Today, Saedi’s abuse is not only a tactic to get a confession. He is also taking personal satisfaction from it.

I smile and nod to my partner.

“Speak!” Saedi screams. “If you talk, I may not spend all my time focusing on you.”

“I have done ten operations,” Shoeib says with lowered eyes and pitiful sobs.

“What type of operations?” demands Saedi.

“Cutting off the heads, or killing them by a bullet to the head.”

Saedi and I just sit there and glare—for almost a minute we let the silence become a deafening roar—and then the questions start again. “Describe to me your operations.”

“In four operations, my job was to hold the legs of the person. I was to keep them still and to stop them from kicking. Six times I was told to do the killing myself. I would either cut off his head or shoot him in the back of the head.”

“Who were these people you killed?” Saedi asks with quiet loathing.

“I don’t know. I would get a call from Mohammed. He would tell me to be at a certain house. Mohammed and some other people I don’t know would kidnap someone and bring them to the house. I would either hold the legs or do the killing myself as they made a videotape.”

Shoeib starts to cry. Then he raises his hands above his head and wails, “Wa-allah, Saedi, Wa-allah!” From only a few feet away, I feel the shimmers of evil come off this man who dares to sit here and plead for God’s help. Well, God is not here.

Night after night, these men confound me with their acts of inhumanity. I try to stop my slide into their darkness, and so far I’ve succeeded, barely, but tonight is different. When Shoeib wails for some higher power’s assistance, I feel a fracture slide down the center of my chest. For the first time in my life, I fervently want to kill another human being. I want to reach across this small prison cell and let my shadow fly.

As I feel my darkness intensely and taste this killer’s pleas, I can hear everything, even the now-silent prayers of his victims. I can see everything, every drop of moisture that slides down the cinderblock walls. I hear perfectly every breath, every heartbeat, and every shuffle of booted feet. I’m conscious of every scent, and the odors speak of the excitement, the anticipation, the fear, and the hatred that we all feel. Then suddenly it vanishes.

I open my eyes, and Saedi is bent over the still crying prisoner. He whispers in his ear, and cigarette smoke escapes his nose to float up in the air and twirl around the one hanging light bulb. I hear more sobs, which become suckling whimpers.

I feel a deep loss.

I need to escape.

I must escape, or I will become lost.

I quickly leave the cell and climb the stairs to the roof. Outside, the sun is just beginning to rise. Mosul is beautiful in the early morning, and I need only a few minutes in the crisp early light. I desperately need the rebirth of a sunrise because beneath my rage is guilt: This isn’t the first time that I’ve seen Shoeib. Two months ago, he was captured by the Iraqi army and brought to Saedi’s prison, the same prison where he wails in the room below me. But two months ago, I chose a different path. I made the decision to protect him. I told Saedi, “No, on no account.” So, two months ago, Shoeib didn’t confess, and after a few days, Saedi released him back onto Mosul’s streets.

So, today, when Shoeib confessed to those ten executions? Instantly, those deaths became my fault, and those weren’t the first, nor the last deaths, that I’ll have to account for.

Excerpted, with permission, from War and Moral Injury: A Reader, edited by Robert Emmet Meagher and Douglas A. Pryer.