In Defense Of CGSC: It Produces The Worker Bees Every Army Needs

United States Army Command and General Staff College (CGSC) was not the best year of my life. But it was... 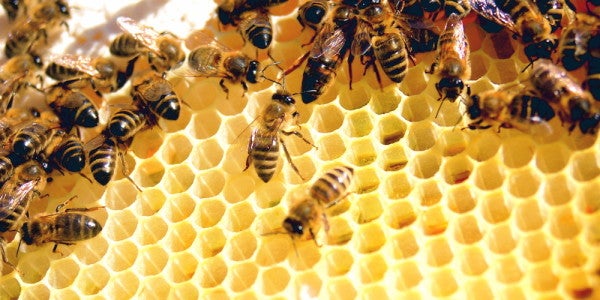 United States Army Command and General Staff College (CGSC) was not the best year of my life. But it was a year of my life, and now that that year is some six years in the past I think that I am able to perhaps provide an alternative perspective to U.S. Army Major Jamie Schwandt’s pretty damning assessment of it.

First some background. I attended CGSC in 2011/12, before going on to SAMS in 2012/13. Before I arrived there I had deployed to Afghanistan as a Plans Officer with I MEF (Fwd), as the British Major in a Plans Shop made up of SAW graduates. So some of my points may be out of date, and others built on my different military and national foundations, but I feel that they are valuable because they offer a wider context.

It is also important to note that unlike Major Schwandt, whom I am reliably informed excelled at CGSC, I was entirely undistinguished. I won no prizes and left behind, I suspect, only the impression of an arrogant and unpleasant young man who was in a hurry to get on.

I will look at each of the points raised by Major Schwandt in turn, and then provide my own overall assessment of the CGSC experience.

Related: It’s A Big Deal: An Officer Grades The Army Staff College And Its Leadership »

Maj Schwandt graded the Core and Advanced Operations Course as a C. He noted that the reliance on MDMP to solve every problem was mind-boggling, especially given that alternative methods, such as Army Design Methodology, are available. I love the ADM. I particularly love the fact that very few British officers are aware of it, which means that each time I use it I am looked upon as a God amongst men. It is undoubtedly very good at providing options for complex problems.

The thing is that almost every problem that almost every officer will face is, in fact, simple and complicated. I’m currently running a Battlefield Study in Italy (tough gig). My study of the Gothic Line operations highlight that most problems in Combined Arms Manoeuvre operations are complicated – obstacle crossing, synchronization of Joint Fires and so on – but simple. This was also my experience as the Deputy Commander of a British Regiment at NTC last year. So if your army is seeking to reinvigorate CAM as the centerpiece of the skillset it wants Majors to have, then concentrating on MDMP seems fair enough.

How well it is taught is another issue, which I will come back to later.

If the Core course gets a C, then Critical Thinking really flunks out, being given a D. In my experience that is a bit harsh. Certainly, the main body of the course is not set up to welcome individuals who question what they are being taught and how, and by whom. And it perhaps isn’t the best environment for bringing out truly individual thinkers. But there are (or were) programs which do. The Art of War Program, which I attended, was significantly more intellectually challenging than anything else I have ever done before or since and was focused entirely on developing critical thinkers, through the medium of historical study. So the opportunities are there if you look. There is also SAMS, which spends an entire year on developing this skill in an operational context.

It is also worth pointing out that an Army doesn’t want an excess of critical thinkers. First, because it would be unmanageable (and look up Kurt von Hammerstein-Equord’s views on this if you doubt me) and second because most critical and disruptive thinkers, in a military setting, are flat out wrong. Looking at you, JFC Fuller and Basil Liddell-Hart.

Leadership was only ever going to get a kicking, if only because every officer who attends CGSC is (or at least thinks they are) an expert on the subject. And yes, it was odd being taught all about Mission Command and then being given a Safety Brief before a long weekend – as a Major. But I still use the lessons I learned at CGSC in Leadership, and still regard the men who taught me – a retired Infantry Battalion Commander and an Infantry Battalion Commander designate – as role models. Perhaps the best indication of how useful I found the lessons I was taught (both in class and in wider conversation) is that I have repeatedly used them on leadership courses I have taught within my regiment.

The History faculty at CGSC are exceptional. They are a rare combination of military, retired military, and pure academics, who can both write, research and teaching. My only complaint was that was not enough time devoted to History in the main course – and that it wasn’t tied closely enough into the tactical and exercise program. I think a B grade is harsh. I will also allow myself one personal point here – recommending the study of T.E. Lawrence as a major historical figure or theorist rather undermines one’s credibility as a commentator.

Tactics were a subject which I found well taught and enjoyable at CGSC. My instructor was a deeply patient man, who brought to bear a great deal of experience and was very good at passing this on. History suggests that tactics, in CAM, is a master at placing units and capabilities in the correct place, at the correct time and telling them to do the correct thing. Most of the tactics are a drill, and the why (in a philosophical sense) isn’t really that important, so long as you know which drill to use and where it fits in the higher commander’s intent. So I am not sure that I can buy into Major Schwandt’s criticisms.

As for the overall curriculum, yes it is regimented. It is a curriculum. You cannot have Instructors going wildly off-piste. Otherwise, as an XO, S3 or similar, there is a risk you will have missed something. It annoyed me at the time, but it annoys me more now that I have officers turning up from British PME who haven’t been taught what the course they have just been on is meant to teach them. And yes there was a lot of PowerPoint. And yes, some of the PowerPoint was a bit, well, PowerPointy. But PowerPoint can be really good. Most people work better with something and learn better with a visual stimulus. PowerPoint helps provide this. (It is also widely acknowledged that Steve Jobs was a bit of an asshole.)

As for grading and evaluation, everything I say has to be read remembering my comment earlier that I was entirely undistinguished at CGSC. I did find the grading system a bit odd. I did find it weird that no matter how hard I worked one Instructor graded me less well than all the others. But looking back on it now, that is just life. Grading papers is a subjective skill. What one man likes another won’t. In general the best people did best, the middling sort came in the middle, and those there for the golf came bottom.

It is easy, and fun, to kick the faculty at CGSC. (The faculty at SAMS certainly enjoyed doing so in my time there.) But overall they were hard working and conscientious, who did their best to ensure that the students were taught what they needed to know. Some, particularly in Leadership and History, were exceptional.

However, I find it odd that instructing at CGSC is left (or at least was in my time) so often in the hands of those who have left the Army, and not those who are the future senior officers of the Army. Where better to mold the leaders of the future than CGSC? In the British system, instructors at ICSC(L) (the equivalent of CGSC ILE) are all “Where Talent Endures” Majors, a tag given only to those in the top 10%. At ACSC, the equivalent of SAMS, they are WTE Lt Colonels. Perhaps if this were the case at CGSC the overall standard of the instructing might be better – and with it, there might be room to allow for more innovation.

Overall CGSC is never going to be what the sort of people who write articles about it want it to be. They want it to be innovative and cutting edge, a hive of intellectual development and drive. CGSC provides the engine room of the U.S. Army. The U.S. Army is a large organization. It needs worker bees who are capable and competent in a relatively narrow range of skills. They don’t need to be spectacular briefers, or amazing writers – because most of them will never be called on to do this at work. For the majority, it is a training course, not an educational course.

The U.S. Army undoubtedly does need disruptive and innovative thinkers. It needs people who write and brief well. But it already has a school that develops these skills and educates selected individuals in them – SAMS.

Major Schwandt suggests that CGSC is a perfect fit for war in the 1950s. The last time I looked, the skills required to succeed in CAM in the 1950s remain extant today. The future of war looks very much like the past of war, but with slightly more expensive technology, which, just like cutting edge tech in the 1950s, won’t work as advertised. His recommendations would undoubtedly improve the course, but they would also carry risks. Key amongst these would be that the vast majority of the student body would not get the training they need, and would not greatly benefit from the improved education on offer.

It is also interesting that most of his recommendations for CGSC already exists across the water at SAMS. The U.S. Army is lucky to have a contemporary academic institution looking to the future, on the same site as a world-class training facility that delivers capable, competent and dedicated officers for the engine room of the U.S. Army. I’d be wary at making too many changes.

One final point. Any institution where a serving officer feels comfortable in making the points that Major Schwandt makes is in a good place. First, it has a cultural environment where challenges to the status quo are accepted. And second, it has officers with the moral courage required to raise their head above the parapet. I salute him for doing so.

Tom McIlwaine is a 2012 CGSC and 2013 SAMS graduate who has served on operations in command and staff roles in Afghanistan and Iraq. Currently Second in Command of 1st The Queen’s Dragoon Guards, he is about to become Chief of Staff of 51st Infantry Brigade. And he is still bitter about only getting a B grade in his initial writing assessment at CGSC.