Cranky Tom’s Writing Tip: If You Have to Use Italics, You’re Not Writing Well

That thought occurred to me as I was looking, for a possible review, at a book coming out later this... 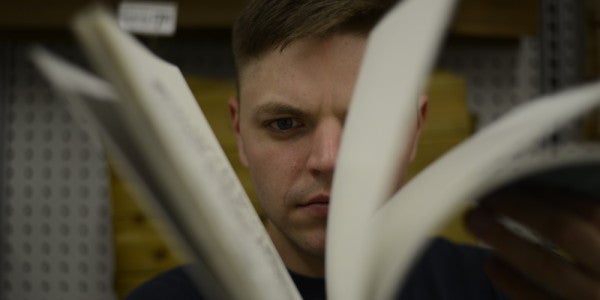 That thought occurred to me as I was looking, for a possible review, at a book coming out later this year. The first sign that something was wrong was when I was 15 pages into it and I still really had no idea of what it was about. (I knew it was about some aspect of modern warfare, but no indication of what this book was bringing to the party.)

But the red warning light came on when the authors started using lots of italicized words. That’s a sure sign that the writing isn’t really doing its job. The more writers use italics to make their points, the less persuasive those points tend to be.

I get hundreds of books a year in the mail. At any given time, I have about 60 to 80 waiting to get their turn. Almost every one eventually gets about 15 to 30 minutes from me to persuade me to stick with it. I’ll usually check the introduction and conclusion before rejecting a book for review. But because I have so many on hand, I really am looking for reasons to put a book down. I realized that italics are one of the signs.

PS–After I wrote the above, another heavily italicized book arrived. It was a deeply troubled tome, trying to be readable but laden with academic clichés.

Btw, I generally only try to review good books. There are so many bad books that there is no reason to call attention to them, unless other people are calling a bad book good.