Danish Vets Are Committing Suicide, Too

In Denmark, the veterans’ suicide rate is not quite as high, but unfortunately we are headed there. It is puzzling … Continued 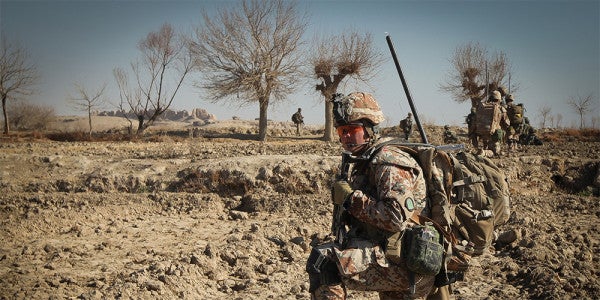 In Denmark, the veterans’ suicide rate is not quite as high, but unfortunately we are headed there.

It is puzzling to me what drives them to do this. In Denmark, the rate is highest among the old Balkan warriors. I am certain it has something to do with the fact that they were offered access to psychologists far too late. They have gone 20 or 30 years, alone with their dark thoughts. These thoughts have developed a life of their own, and I fear it is too late to help these veterans. I don’t know what their suicide rate is, but they are the ones who most often take their lives.

It is worrisome to me that more recent veterans are now starting to commit suicide. Those who served in Iraq and Afghanistan. Veterans rarely take a position on whether the war was won or lost. We no longer fight conventional wars with territory to conquer. Victories and defeats happen at the political level. We were given a mission, and we completed it. In Iraq we had to find Saddam and remove him. In Afghanistan we had to remove the Taliban. In both places we had to protect the civilian population. We completed those missions, and that is how we think about it.

I have two theories.

The first one is that our military is making a big mistake by separating physically and psychologically wounded veterans. They rarely arrange activities that include both groups.

For the Invictus Games, for example, they have specifically told us that they’d rather work only with psychologically wounded participants. In my experience, when psychologically wounded veterans get together, they ‘mirror’ each other, by which I mean that they descend into self-pity and pull each other down. Hitherto well-functioning guys suddenly can’t do anything. This is something I have witnessed time and again. I have seen people I know well and use in my work cease to function. They have crying fits, they need to talk to a psychologist, they become hysterical, sometimes even violent. And they think it’s OK because the others do it, too, so it’s acceptable. They even revel in these emotions. It is a terrible dynamic. I always fear that they may inspire each other to kill themselves, agree that is really OK.

These thoughts have developed a life of their own, and I fear it is too late to help these veterans.

This is why, when I work with veterans with PTSD, I always pair them with veterans without PTSD. I may pair a particularly hard case with one of our double amputees who is a born fighter. When they see him, how they fight each and every day, and how they meet every day with a smile, they become inspired to fight on themselves.

When we get back to Denmark, the tasks continue. One guy has to keep a diary we can send to the sponsors. Four guys will plan a get-away for the group where we’ll debrief the trip. Two guys will develop a feedback questionnaire and get everybody’s responses. One guy will collect and distribute pictures from the trip, and two guys will plan and execute a thank-you event for our sponsors.

At the same time, I’m developing activities to keep them busy and give them dignity. I have started a security company which guards some of the finer estates around Copenhagen. I have developed a catalogue from which companies and organizations can request motivational speakers – we do about eight a month. I have started a consultancy company which develops team-building events for companies and organizations. Within our club, I designate members who will plan and execute our events. Our next trip is to the Armor Museum in Münster. Two of our PTSDs are planning the trip and will act as our guides at the museum.

These are all tasks undertaken by those with PTSD, always backed up by veterans without PTSD. PTSD is supposed to be a chronic disease, but every year I experience somebody who says that he has found a new purpose in life and that he’s ready to leave my program to go back to school, for example. And then I take in new ones. One of my guys just started pilot training.

My other theory is that suicides among veterans have been so much in the media, that some become inspired by them. For most veterans I know, suicide was never even an option for dealing with their challenges, but suddenly they hear about somebody, who did committed it, and it becomes a way out of a tough situation. I have talked to members of my club about this, and they say that the constant media exposure of veterans suicides made it a legitimate option. They allowed their minds to hold that thought.

Master Sgt. Jacob Panton Kristiansen, Royal Danish Army, is a former tank commander with a total of five tours in Kosovo, Iraq and Afghanistan. He was wounded in combat in Helmand Province in 2012. Kristiansen is the recipient of several Danish and foreign decorations for bravery. He has worked on veterans issues since 2013.