American History Can Be A Pain To Absorb. This Historian’s Work Is Anything But

I think I have read almost every book David Hackett Fischer has written, including the one on economic history and … Continued 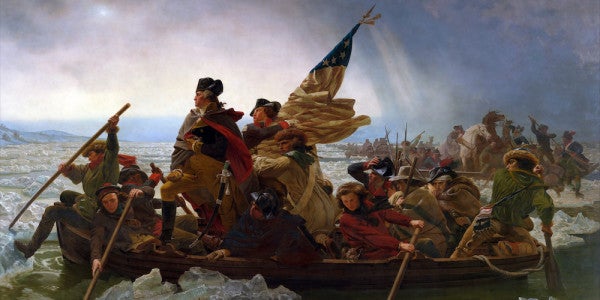 I think I have read almost every book David Hackett Fischer has written, including the one on economic history and his rather obscure doctoral dissertation on the Federalist Party after it lost power in 1800. (OK, I haven’t read his book on New Zealand or the one about growing old in America. But I probably will eventually.)

But what stands out about him for me is that I have read two of his books twice. (And one of those is verrrrry long — Albion’s Seed.)

I thought about this the other day I finished reading his Washington’s Crossing for the second time. I first read it in 2005, as the war in Iraq was getting very messy. I know this because I quoted from the end of the book in my own book Fiasco, which I wrote that year. His account of the fighting in New Jersey in the winter of 1776-77 illuminated the Iraq war for me back then.

As I was putting down that Washington book, I thought about what I appreciate so much about Fischer. Four major reasons came to mind:

That said, on second reading, I did put down Washington’s Crossing thinking that Fischer goes too easy on the American Revolutionists in their treatment of British and Loyalist prisoners. As I read the concluding section on “The Policy of Humanity,” I remembered reading recently that the death rate among British PoWs was pretty high, perhaps as bad as those of the poor American PoWs held on hulks in Wallabout Bay off Brooklyn. And the political prison for Loyalists in Connecticut was just awful — they were held at the dank bottom of an old copper mine.