This Is The Definitive Book On What Went Wrong In Afghanistan

The next time you hear someone dismiss journalism as “fake news,” pass them a copy of Steve Coll’s Directorate S.... 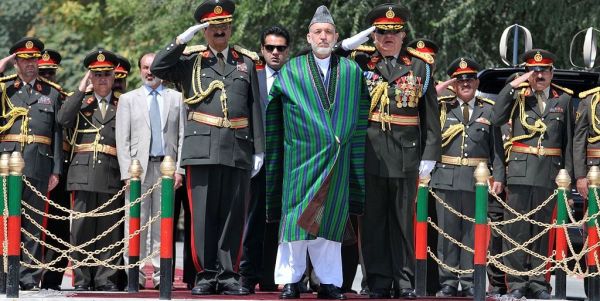 The next time you hear someone dismiss journalism as “fake news,” pass them a copy of Steve Coll’s Directorate S. Coll draws on decades of experience in South Asia, nearly 600 interviews over a decade, and thousands of pages of documents to give the most balanced and comprehensive picture to date of the unraveling of U.S. policy in Afghanistan. Few writers can match Coll’s length of time on the topic, range of contacts, or personal knowledge of realities on the ground. Coll, the Pulitzer-winning author of Ghost Wars: The Secret History of the CIA, Afghanistan, and Bin Laden, from the Soviet Invasion to September 10, 2001, The Bin Ladens: An Arabian Family in the American Century, and On the Grand Trunk Road: A Journey into South Asia, brings decades of experience and an unmatched network of contacts to his work. I suspect, too, that Coll’s extraordinary behind-the-scenes access to CIA officers rests on contacts he developed covering the 1989 Soviet withdrawal from Afghanistan and subsequent Stinger recovery program.

Coll writes that he sought to explore the “important secret operations, assumptions, debates, decisions, and diplomacy at the highest levels of government in Washington, Islamabad, and Kabul.” Directorate S does this and more, highlighting the mix of organizational folly and individual heroism that led to our current impasse.

Someday, we will have access to now-classified records from the NSC, CIA, State, and Defense. Until then, it is hard to imagine a more complete and thoughtful account of how the United States went wrong in Afghanistan.

Diana Bolsinger is a doctoral student at the LBJ School of Public Policy at the University of Texas, Austin. She specializes in U.S. national security strategy and is a Graduate Fellow at the Clements Center for National Security. She served as a Political Officer in the U.S. Embassy in Islamabad in the 1990s.