Are We Seeing The End Of History At The Army Command And General Staff College?

The military history curriculum at the U.S. Army’s Command and General Staff College (CGSC) will be gutted in the 2019... 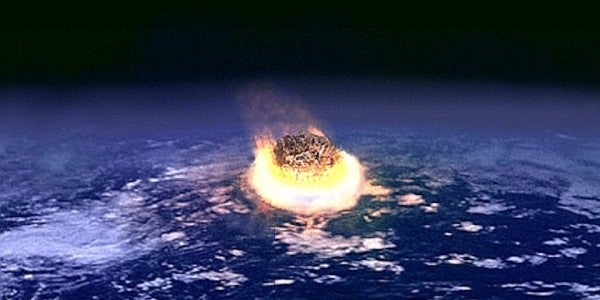 The military history curriculum at the U.S. Army’s Command and General Staff College (CGSC) will be gutted in the 2019 academic year. The school’s leadership has chosen to shift away from the strategic, operational, and tactical lessons of the Vietnam War, and the complexities of military innovation in the interwar period. Next year, a substantial chunk of the military history curriculum will be reduced to make room for more tactical wargames.

This change is ironic, given the Army’s reverence for its traditions and heraldry. It is also ironic, given the stature and respect accorded the military history instructors at CGSC by students and faculty alike. Among the many departments at CGSC (Leadership, Tactics, etc.), the Department of Military History is held in the highest regard among students. This statement is offered based upon anecdotal evidence, and numerous discussions with fellow students during the 2018 academic year. In fact, the soon to be defunct military history curriculum at CGSC is so good, Marine Corps Command and Staff College reportedly plan to teach most of it to Marine Corps majors in Quantico.

The CGSC military history curriculum was taught in three blocks: Rise of the Western Way of War, Military Innovation in Peace and War, and Roots of Today’s Operational Environment. The first block gave students a solid foundation on the origins of the western military tradition from the Thirty Years War and Westphalia to World War One. Students learned of the evolution of western military organizations, development of fire and maneuver, and studied the great captains of western military history, to include Gustavus Adolphus, Frederick the Great, and Napoleon. Students were also introduced to military theorist Carl von Clausewitz, and On War.

Related: It’s A Big Deal: An Officer Grades The Army Staff College And Its Leadership »

The second block provided students a glimpse into the successes, failures, and missed opportunities of nations to adapt military theory, doctrine, and materiel between the two world wars. During this time, the great powers grappled with the lessons of the First World War. The curriculum examines the various ways in which governments and military services approached innovation, and considers the reasons some succeeded to prepare and adapt for mechanized maneuver warfare, air power, and amphibious operations, while others failed.

The third block covered the Cold War, Vietnam, and the post-Vietnam rebuilding of the Army, with additional study of Chinese and Russian military thought, and an exploration of the so-called American way of war.

My personal observation has been that the military history blocks of instruction were popular among students. There are several reasons for this.

First, military history is not widely taught in most colleges and universities. With the exception, perhaps, of the nation’s military academies, the CGSC military history curriculum is likely the only opportunity for officers to receive military history instruction by qualified, credentialed, and in many cases award-winning professors in this field. The same can be said for the opportunity to discuss these topics in depth among peers with recent relevant combat experience.

Second, many field grade officers, even liberal arts majors, are simply unaware of the historical, social, economic, and political underpinnings of the western profession of arms. In fact, it came to light during the year that one American officer at CGSC was unaware of the reason American military forces were in Afghanistan (Answer: 9/11). Furthermore, and perhaps counter-intuitively, military history was among the most challenging courses taught, requiring students to read prodigiously, think critically, analyze the readings, and write carefully under scrutiny by a history PhD.

Third, the history blocks presented a welcome alternative to the frequent and repetitive wargames, which varied significantly based upon instructor, student assignments, and other factors. History was an antidote to wargames. In place of aging and failing computer systems, history is grounded in facts and reality, analyzed and studied by historians. The nature of the history curriculum also fostered the ability to discuss and explore the dynamics of civil/military relationships, and the historical challenges translating national policy into military strategy and operations.

Related: In Defense Of CGSC: It Produces The Worker Bees Every Army Needs »

The reduction in the military history curriculum is tragic given the many echoes events of the 20th century offer to the modern military professional. In particular, the confluence of political and social change, combined with new technology and rising powers, offers stark parallels to today’s strategic environment. Between the ability of militaries to adapt during the interwar period, and the post-Vietnam rebuilding of the military, the lessons for today’s field grade officers are rich and plentiful. Unfortunately, those lessons will no longer be taught at CGSC, and tomorrow’s field grades will have lost the opportunity for high quality education in the field of military history.

There is one final irony in the gouging of the CGSC military history curriculum. During the 2018 academic year, the students were assigned several readings by historians and strategists who critiqued the ahistorical tendencies of Americans, to include the American military. These academics convincingly asserted the U.S. military has consistently repeated mistakes from earlier “lessons unlearned.” Eminent historians, strategists, and thinkers, to include Williamson Murray, Antulio Echevarria, Colin Gray, and Brian Linn have lamented the American military’s habit of persistently forgetting the hard-learned lessons of the past, while repeating mistakes in Korea, Vietnam, Iraq and Afghanistan.

There is a well-worn cliché attributed to George Santayana about the study of history: those who fail to learn the lessons of history are doomed to repeat it. Unfortunately, due to the imminent drastic reduction in military history instruction at CGSC, that prospect is more likely for the next generation of CGSC students.

Major Nick Brunetti-Lihach is a Marine Corps Communications Officer and 2018 graduate of the U.S. Army Command and General Staff College. He has a B.A. in History and a Masters in Homeland Security. He has completed tours in Iraq and Afghanistan. The views expressed here are his own, and do not represent the views of the United States Marine Corps.